A statement issued to guests at the hostel warned that they could face up to 10 years in prison if they breached the strict quarantine orders.

A Peruvian hostel full of international travellers, including at least one Australian, has been put under strict lockdown for up to three months after two guests tested positive for coronavirus.

The street surrounding the Pariwana Hostel in Cusco has been barricaded by local authorities, while the 146 guests and staff were informed that they could face up to 10 years in prison if they leave the property while the quarantine orders are in place.

It is unclear whether foreign nationals will be permitted to leave to catch evacuation flights to their home country. Foreign travellers at the Pariwana Hostel in Cusco face being largely confined to their dorm rooms for up to three months.
Supplied

The harsh conditions, which include guests having to stay in their dorm rooms for most of the day and wear masks when out of the rooms, comes after a pair of travellers from the Netherlands and Finland tested positive to COVID-19 on Thursday.

Following the diagnosis, guests were given a translated document from hostel management that said government officials had warned that the lockdown would last between one and three months, that punishment for breaching the order was between five and 10 years in jail and they would only be allowed in common areas for one hour a day. The letter from Pariwana Hostel management given to guests.
Supplied

“It’s really starting to feel like a prison now,” Perth resident Mervyn Sng, 26, told SBS News from inside the Pariwana Hotel hours after the announcement.

“I paid $5,600 for the [Chimu Adventures charter] flight, which should be on Friday, but I’m not sure what’s going to happen now … I’ve kind of run out of money.” Last week it was announced that the Department of Foreign Affairs and Trade was working with a private travel company, Chimu Adventures, to organise a private charter to evacuate stranded Australians from Peru’s capital, Lima.

The flight - which cost between $5,000 and $10,000 for a ticket - was scheduled to depart on Monday or Tuesday before being delayed to later in the week. On Thursday, a Chimu Adventures spokesperson told SBS News they were still in discussions with the Peruvian government. Mr Sng, who was travelling in Peru for a week before the lockdown was introduced, is currently sharing a six-bed dorm with five other men and said he is frustrated by the Australian government’s lack of action so far. For dinner he said he was provided three bread buns and a cup of oatmeal.

“I’m really shocked at how poorly the Australian government has responded to this situation because it’s been at least two weeks since this has happened and they’ve done nothing,” he said.

Australians in Peru were already struggling to return home after the country introduced strict measures earlier this month to stem the spread of COVID-19, including closing the airport to international flights and implementing strict travel bans within the country.

These bans have made it almost impossible for Australian travellers situated in remote parts of the country to return to major cities where there are hopes evacuation flights will eventually be able to depart. Melbourne student Amelia Clark and a local identifying butterflies in the field.
Supplied

Deakin University student Amelia Clarke, 22, is one of many Australians in this situation after she was caught in the lockdown while completing research at the remote Manu Biosphere Reserve in the Amazon jungle.

The Melbourne resident told SBS News she only had access to two hours of electricity per day and one hour of wifi every second day to try and make travel arrangements. There is also limited food supplies for the group of about 20 researchers and staff at the centre.

“I think the 2 April is our cut off,” she said in reference to the point where they face running out of food.

The closest major city to the research hub is Cusco - about eight hours away by car. While Ms Deakin said she was receiving assistance from her university, their support was limited by the travel restrictions imposed by the Peruvian government. 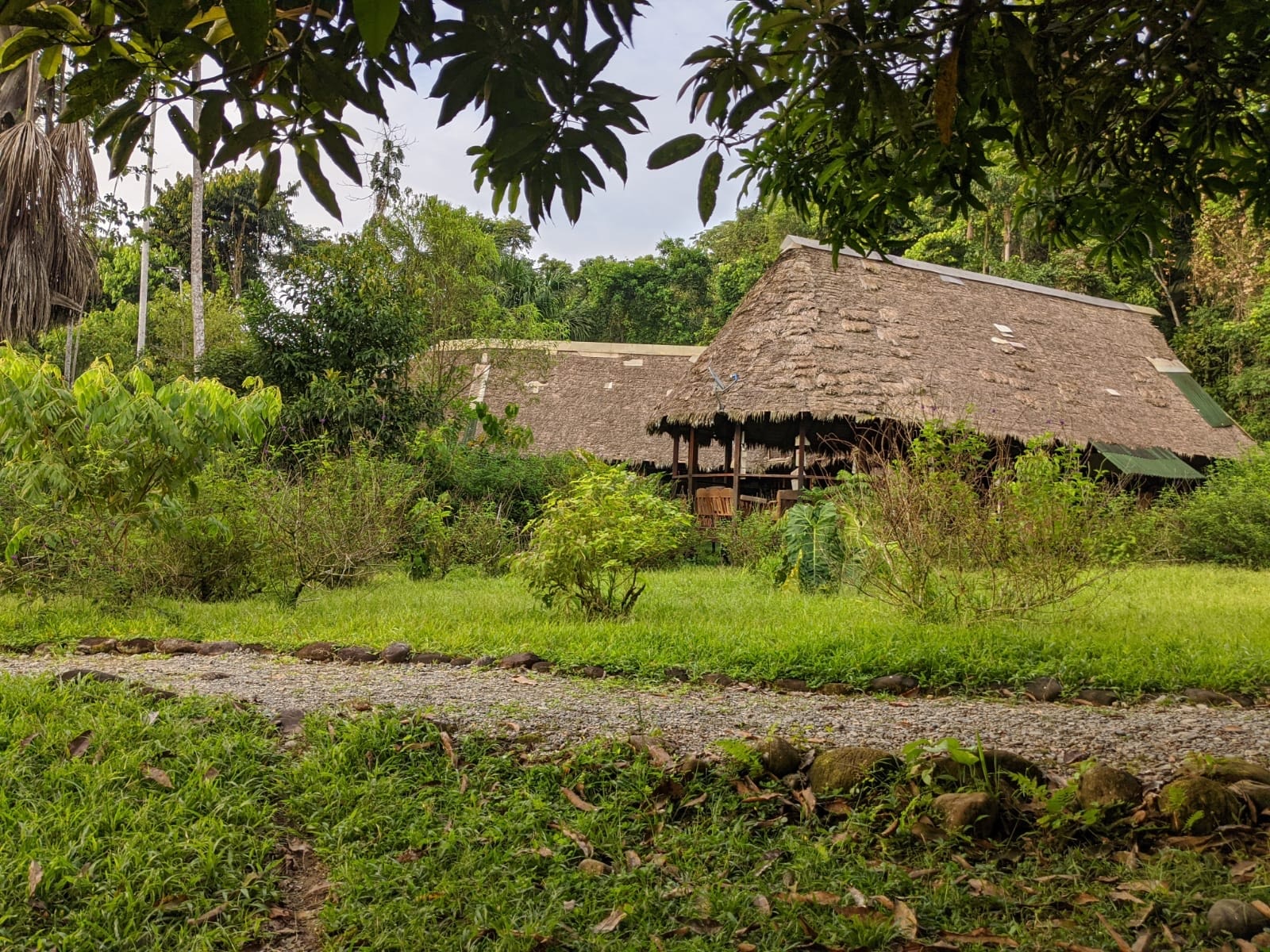 The remote lodge in the Amazon where Ms Clark and other researchers are trapped.
Supplied

“Right now they are asking us for confirmation of flights before we can travel, but we can’t confirm any flights until we are in Cusco,” she said, adding that Deakin University had secured her a spot on the charter plane but she was unlikely to make it to the city in time.

A Deakin University spokesperson said the ticket on the evacuation flight had been "booked and paid for" and they were working to secure an "emergency evacuation from the student's remote location" so she is able to make the flight.

On Sunday, DFAT told SBS News they were “working to assist Australians in Peru with the Peruvian Government, like-minded embassies, airlines and travel companies, to identify and facilitate possible travel options for Australians".

DFAT said they were looking into the lockdown at the Periwana Hostel.

Deakin University and the Periwana Hostel have been contacted for comment.