All Australians will be barred from leaving the country to travel overseas, with small exceptions for some aid workers and vital government duties.

Australians will be banned from travelling overseas under a further crackdown on trips as the government tries to stop the spread of the coronavirus.

Exceptions will be made for aid workers, some other government and commercial workers, and people seeking to go overseas on compassionate grounds.

Advice was already in place, with the Department of Foreign Affairs and Trade recommending Australians not travel, but the new measure will make it an enforced ban. A travel ban will now be enforced to stop people flying overseas.
AAP

The precise timing of the ban is yet to be determined but it is expected to occur on Wednesday.

"The number of people who are leaving Australia now is very, very low," Prime Minister Scott Morrison said on Tuesday.

"But it strikes me on those numbers there are people defying that advice and looking to go overseas on leisure travel.

"They can't do that because when they come home, they put Australians at risk."

Asked whether Border Force was doing appropriate checks to limit the coronavirus coming into Australia, Mr Morrison said the arrivals were being managed well but more resources would be rolled out. 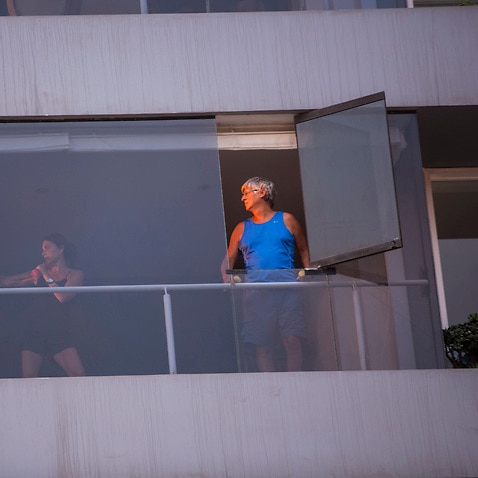 "All those who are arriving ... are required to go into self-isolation by public health order at a state level," he said.

"That's where they need to transfer to immediately - not to go via the shops, not to pop in and see a friend on the way home, not to go for a wander around the park - you go straight home and you self-isolate for 14 days."

The government has been inundated with pleas for help from Australians who are stranded in countries that have enforced strict lockdowns to control the spread of COVID-19.