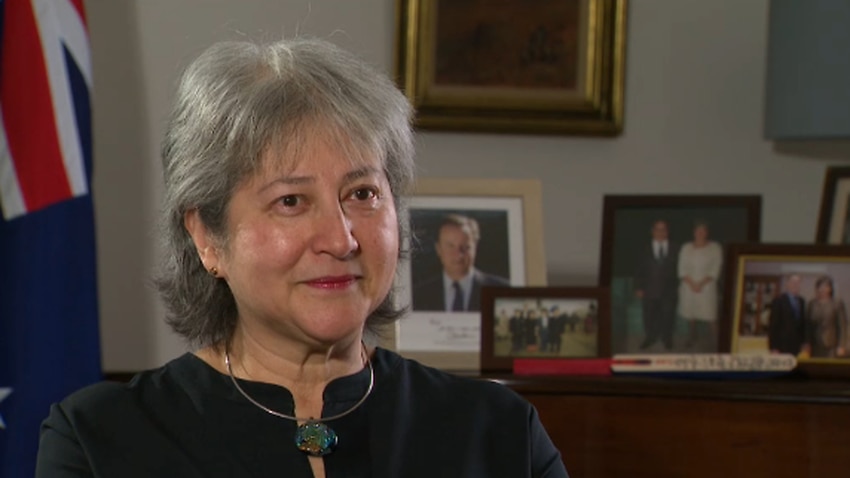 The British Foreign Office has tried to downplay reports of scathing anonymous criticism levelled against its most senior diplomat in Australia ahead of the COP26 climate summit.

According to the UK’s Telegraph newspaper, Australian government sources responded by branding Ms Treadell a “sanctimonious bore” and accused her of “haranguing” Canberra on climate change.

Ms Treadell had encouraged Australia to consider increasing the ambition of its emissions-reduction pledge, describing its current target as insufficient.

“No movement would not be acceptable. We would find that disappointing,” she told SBS News last week.

“The global benchmark is that majority of people are going for somewhere between 40 to 50 per cent. So ideally, that is what we would like to see.”

The detailed backgrounding to the Telegraph quoted a senior Australian government source responding: “she’s a sanctimonious bore trying to wedge our government on climate change” and “a lot of cabinet ministers” were “very unhappy”.

This source complaining that the British High Commissioner had “repeatedly overstepped the mark on climate change by giving us public lectures”.

The Australian government's current commitment is to reduce emissions by 26 to 28 per cent below 2005 levels by 2030 as part of the Paris Agreement.

In response to further questions from SBS News about the backlash, a British Foreign and Commonwealth Office spokesperson said Australia is one of the UK’s closest allies.

“We continue to build a strong partnership for the future focused on a wide range of issues including security, trade and economic ties,” the spokesperson said in a statement.

Resources Minister Keith Pitt also hit out at Ms Treadell when the interview first aired, suggesting the British High Commissioner should focus on her own domestic issues instead of providing "gratuitous advice".

Energy Minister Angus Taylor said the timing of when Australia would update its emission commitments was a matter for the Australian government “not foreign bureaucrats”.

Ms Treadell has served as Britain's High Commissioner to Australia since 2019.

Australia yet to finalise 'position' for Glasgow

World leaders are being called on to outline more ambitious climate change policies ahead of the United Nations' COP26 climate summit in Glasgow.

Prime Minister Scott Morrison on Friday confirmed he would attend the international talks later this month, but said Australia is still “finalising” its policy position.

He has promised to provide an update on what the Coalition government expects to achieve ahead of the Glasgow summit.

During her interview with SBS News, Ms Treadell pointed out the UK government had already committed to reducing emissions by 68 per cent by 2030 and 78 per cent by 2035.

“We would hope to see [Australia do] something in that direction,” she said.

The United States has also announced it plans to cut emissions by 50 to 52 per cent while Canada has pledged 40 to 45 per cent.

Mr Morrison remains locked in negotiations with Coalition partners the Nationals about securing a climate change policy platform to take to Glasgow.

In recent weeks a number of senior British officials have publicly criticised the Coalition's efforts to tackle climate change.

COP26 President Alok Sharma earlier this week called out the G20 nations that had not ramped up their climate pledges ahead of the international talks.

He said those countries must join others in the international community who have already made more ambitious commitments.

The UK and Australia are also currently in negotiations over the final elements of a free trade deal.