A Liberal candidate said the husband was the "real victim" in response to a woman's account of being raped and abused by her husband.

A Liberal candidate launched an online attack on a woman who detailed her experience of being raped and abused by her husband, saying her partner was the "real victim".

Liberal candidate for the Victorian seat of Scullin, Gurpal Singh, made the comments in response to an SBS Punjabi article posted in May last year.

In the Facebook post, Mr Singh said he had "no sympathy" for the alleged victim, questioning why she stayed with her partner for so long. 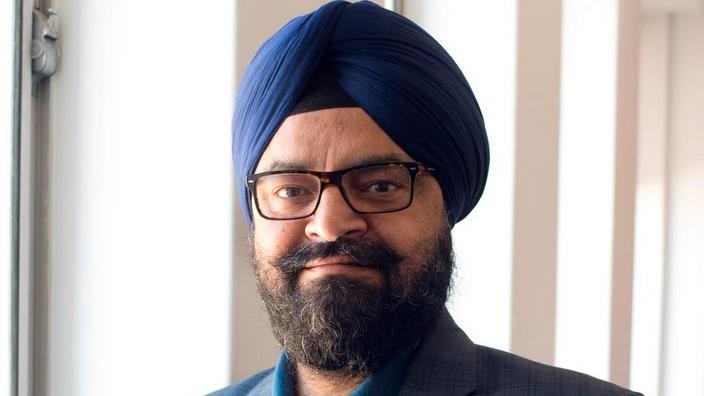 Gurpal Singh is unavailable for media interviews between now and the election according to the Liberal Party.
SBS Punjabi

"It's shameful that a married woman suffering family violence can go to such extent," he said.

"She skimmed her lover, husband and father of her two children for all these years. And now she alleges rape. Was she kept locked all these year?"

In another comment he said: "The real victim is the husband."

A spokesperson for the Red Heart Campaign, an organisation that tracks the number of women murdered by their partners, called on the Liberal Party to disendorse Mr Singh. "The Liberal Party and all parties need to make it clear that we're no longer accepting these views. They should be educating their candidates, they should be vetting them better."

The spokesperson questioned how serious the government's commitment was to preventing violence against women if they continued to endorse Mr Singh.

Mr Singh retained his endorsement from the Liberal Party despite revelations about homophobic comments he made as he campaigned against legalising same-sex marriage in 2017. 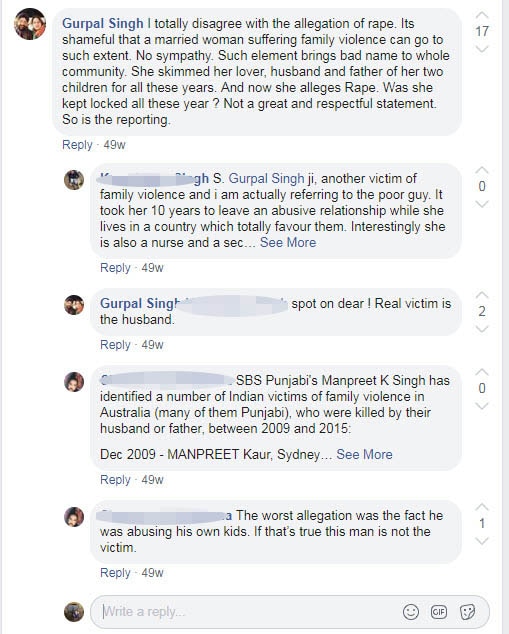 The Liberal candidate went on to call the alleged rapist a 'victim'.

Prime Minister Scott Morrison said on Wednesday that that matter had been handled and Mr Singh would remain the Liberal candidate. That's despite the prime minister saying last week that vetting processes of candidates needed to be improved after a series of candidates resigned or were dumped for offensive or inappropriate social media activity.

"The standard you walk by is the standard you accept," Mr Morrison said as he criticised Bill Shorten for a delay in disendorsing Luke Creasey who shared a rape joke on Facebook.

Equality Australia CEO Anna Brown called on the Liberal Party to take a stand against such views.

"If you’re a party that aims to govern for all Australians, and professes to value individual dignity, respect and diversity, then there is no place for homophobia or attitudes that reveal prejudice and lack of acceptance for cultural diversity." 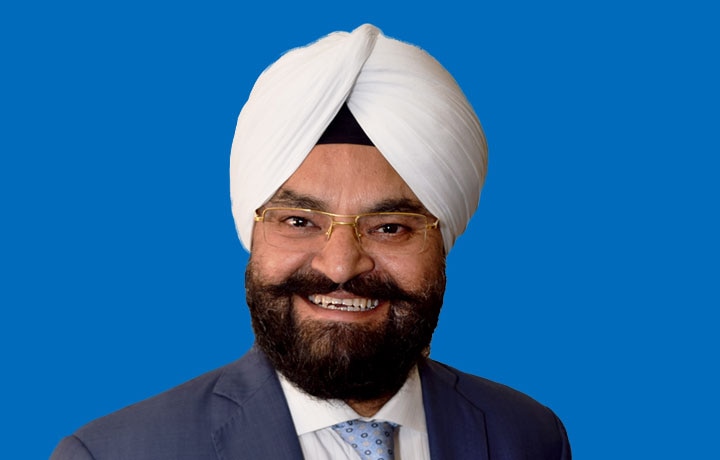 Gurpal Singh was active in the 'No' campaign during debate about same-sex marriage.
Liberal Party

She said comments like Mr Singh's had the power to cause harm.

"Derogatory and hate-filled speech can also ultimately lead to increases in hate crime, LGBTIQ people reported a doubling in physical assaults during the marriage equality postal survey for example."

Mr Singh did not respond to SBS News' request for comment.

The Victorian Liberal Party has been contacted for comment.