China has the highest number of blind people in the world - accounting for 17 percent of the total. A community cinema in Beijing is allowing the vision-impaired to enjoy films on the big screen.

Every Saturday morning members of Beijing’s blind community make their way from all over the city to the old Drum Tower area.

Here, in a tucked away traditional Chinese courtyard, is the Hong Dandan Community Centre. During the week the centre organises various get-togethers such reading and exercise clubs. But Saturday is undoubtedly their busiest day thanks to their 'Blind Cinema' screenings.

At 9am, dozens of people fill the main hall of the centre to attend the weekly screening.

While no block-out curtain or projector screen is required, the room is instead fitted with a good sound system, a microphone and a stool for the designated film narrator. While films are played, the volunteer narrator explains what is happening on screen so the blind audience can listen to the parts they would otherwise miss.

The program - called 'Eyes of the heart' - has allowed many blind people to experience movies for the first time in their lives.

It was first started in July 2006 and the cinema has screened more than 600 films to date.

Narrating for the blind: How Spike Zheng entertains his audience

“There’s a small car driving down a winding country road, now a big yellow bus has appeared behind him,” narrates volunteer Spike Zheng to the enthralled audience seated before him.

He watches movies two to three times before his narration shifts to prepare for his audience.

“I focus on positive themes and Chinese stories. I also avoid movies with very distinct visual elements which are very difficult for them to understand,” Mr Zheng said.

Shi Xiu Qing, 57, has been coming to the screenings every week for almost ten years.

“As a blind person if I were to watch at home I’d hear only the dialogue. But this cinema can tell you the missing parts, the unspoken visual elements.

"It gives us enough information while leaving space for the imagination,” he said. Qing Ming De is another loyal audience member. Before he became blind as a teenager, the only films he'd seen were cultural revolution propaganda.

Thanks to these screenings he said he now knows movies like Jurassic Park and The Terminator.

“I like Chinese films with good stories about war and history. I also like foreign films, and learn a lot from them,”  Mr Qing said.

But the 73 year-old said the film selection matters little compared to the opportunity to meet and spend the day with his visually-impaired friends.

“Since coming here I’ve made friends from all over the city! Every Saturday pretty much. As long as I have time. I come. Rain or snow, I come here," he said. 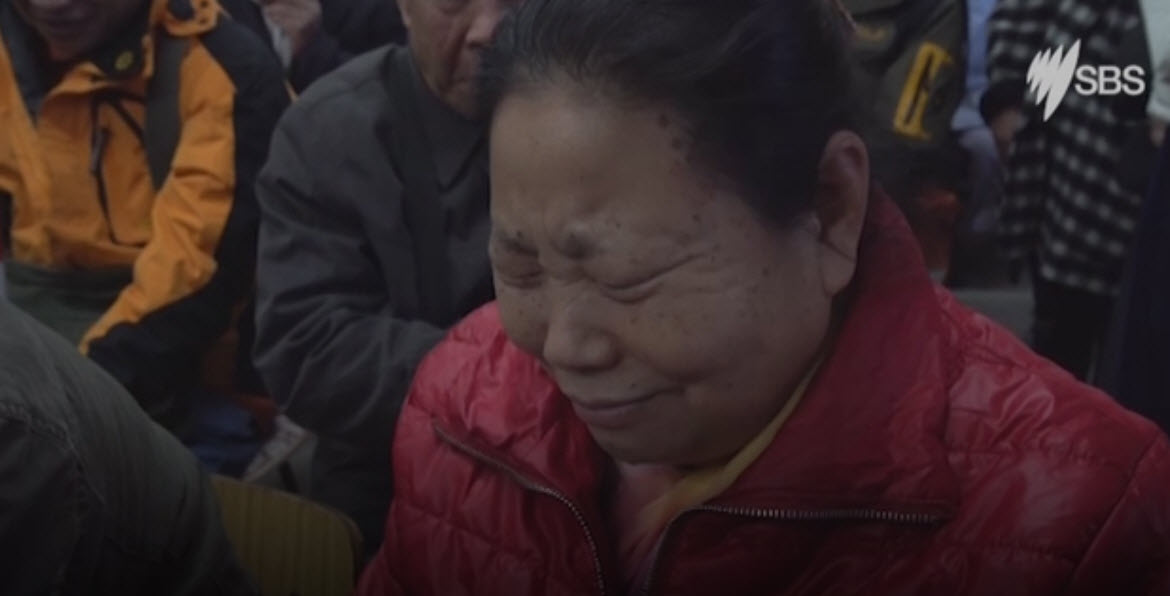 China makes up a large population of the world's blind community.
SBS News

China has a large population of blind people, accounting for more than 17 per cent of the world's total. A lack of resources means many experience isolation and hardship.

“Coming to the cinema to watch a film is only a small part of it. More importantly, it's a social experience, to feel they're a member of society,” Zeng Xin said.