China has suspended imports from four Australian abattoirs, just days after announcing plans to slap an 80 per cent tariff on Australian barley.

Trade Minister Simon Birmingham says he's concerned by China's decision to suspend meat imports from four Australian abattoirs in a move that's being seen as an escalation of trade tensions between the two nations.

The suspension comes days after China announced plans to slap an 80 per cent tariff on Australian barley.

Mr Birmingham told reporters on Tuesday the abattoir suspensions were made due to issues relating to labelling and health certificate requirements. He said it was "disappointing" that he received no notification about the "minor technical breaches" prior to suspensions taking effect.

"We are treating these issues as issues that government need to respond to based on the merits that come before us," he said. 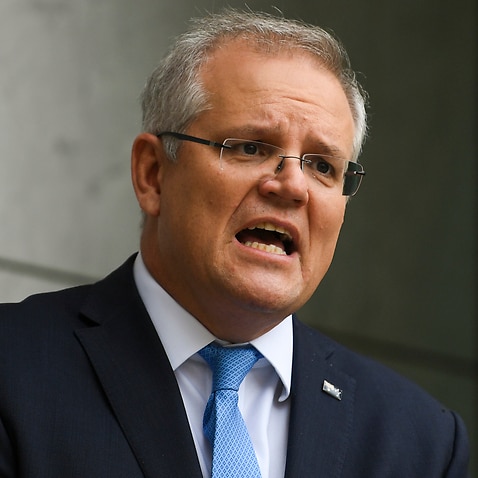 Diplomatic relations between Australia and China have rapidly deteriorated after Prime Minister Scott Morrison began pushing for a global inquiry into the origin of the coronavirus.

Mr Birmingham said he hoped Australia's call for the investigation was not related to China's abattoir move.

"We certainly don't see any relationship, and we would expect that no other counterpart country should see a relationship between those factors either," he said. China is Australia's number one market for beef by volume, accounting for about 30 per cent of exports.

"While not desirable, we have dealt with issues of this nature before and are working closely with the commonwealth," chief executive Patrick Hutchinson told AAP.

"This is a trade and market access issue that is being led by the Commonwealth."

It's not the first time Australian beef processors have been blocked by China. "The government must work with the industry, and with stakeholders both here and in China, to allow these four meatworks to resume full operations," she said.

Mr Birmingham had earlier issued a statement in which he raised suspicions about the reasons behind China's abattoir move.

"We are concerned that the suspensions appear to be based on highly technical issues, which in some cases date back more than a year," he said.

"I've been speaking with industry leaders, colleagues and departments overnight to formulate a comprehensive response.

"We will work with industry and authorities in both Australia and China to seek to find a solution that allows these businesses to resume their normal operations as soon as possible."