Labor senator Sam Dastyari is facing a storm of criticism amid reports he pressured Labor deputy leader Tanya Plibersek to cancel a meeting with a pro-democracy activist in Hong Kong.

Senator Sam Dastyari reportedly tried to persuade his party's deputy leader not to meet a pro-democracy activist during a visit to Hong Kong in 2015.

The report is the latest in a string of allegations around Senator Dastyari's links with Chinese donors, which recently saw him demoted from leadership positions in the Labor party.

Several weeks ago it was reported the NSW senator advised a Chinese donor on simple counter-surveillance techniques. An audio recording of Senator Dastyari defending China's position on the South China Sea surfaced in the same week. 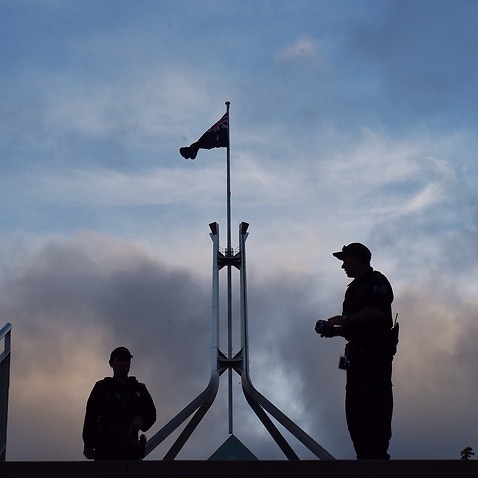 What is really in Australia's new foreign interference laws?

A spokesman for Senator Dastyari has rejected these most recent claims.

"Fairfax Media’s assertions are complete rubbish. It simply did not occur," a spokesman for the senator said in a statement provided to SBS News.

Labor MPs divided on Senator Dastyari's future in the Senate

While Labor MP Linda Burney said Senator Dastyari's future in the parliament was a "matter very much for Sam", she suggested the senator should contemplate resignation.

"Sam Dastyari, I'm sure, is thinking very deeply about his role within the party," she told Sky News on Monday morning.

Labor Senator Doug Cameron said he believes Mr Dastyari had been adequately rebuked through his demotion from key parliamentary positions. He said he supports Mr Dastyari remaining in the Senate and accused the Turnbull government of drawing attention away from division in the Liberal party.

“I think a lot of this has been overblown and what we need to make sure is we do not set a position up where our trading relationships are affected because the Prime Minister is running a campaign against Sam Dastyari using China, our biggest trading partner, as a weapon against his political opponents.

“I don't think it is smart. I think it is absolutely stupid and we need to get back to some sensible approaches on this.”

Meeting with activist went ahead: Plibersek

Senator Dastyari was in China at the time on a trip paid for by an organisation controlled by Chinese donor and businessman Huang Xiangmo, Fairfax said.

Mr Huang is the same donor - who has given money to both major parties - that Senator Dastyari reportedly warned about surveillance.

"I think that speaks for itself," a spokesman for Ms Plibersek said in a statement.

But the spokesman declined to give any more information about the conversation.

"Ms Plibersek doesn't canvass conversations colleagues may or may not have had with her or her office.  That’s not something she's ever done." 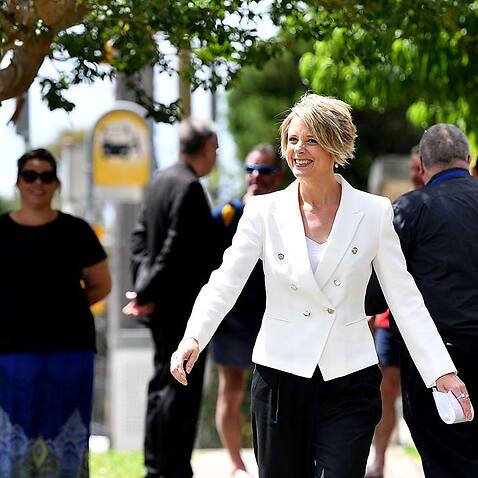 Turnbull government figures have already been calling for the senator to resign, and those calls continued on Monday morning.

"This is little more than acting as an agent for a foreign government. It’s time to go," he said.

Mr Dutton claimed Mr Dastyari must go because his first loyalty isn't to Australia and he also accused the senator of being a double agent.

“You can’t pledge allegiance to two countries if you’re an Australian senator. Your first duty is to the Australian people and Sam Dastyari has failed that duty,” he said.

"Mr Dastyari has very close links with foreign nationals and Mr Dastyari has conducted himself in a way which is not consistent with his presence within the Australian Senate.”

“Shorten has got to man up on this. Shorten is failing the character test on this, because one of the things that demonstrates that you have what’s needed to be the prime minister of our country is that you can take action against your own if needs be.

“So Bill Shorten is doing himself a lot of damage by his failure to man up on Sam Dastyari thus far. But take it from me, insiders in the Labor party have given up on him. They are doing a series of inside jobs on him now, and my tip is on the Sunday after the Bennelong by-election, Sam Dastyari will resign.” The Plibersek incident was referenced by crossbench senator Cory Bernardi in August last year in a speech to parliament.

"One of the stories doing the rounds is from an ALP member who was going to Hong Kong to meet with someone," Senator Bernardi told the Senate at the time.

"They received a phone call from a close associate of the Chinese embassy suggesting that they do not meet with that individual. Quite rightly so, they said, 'No, I'm going ahead with it'.

"Yet, when they were in Hong Kong about to meet with this individual, one of their colleagues from the ALP rang them up and begged them not to go, because it would upset the Chinese embassy.

"Who do you think that person was?"

He said the claims were "rubbish" and that he had "no idea" if Senator Bernardi was talking about him.

"Trying to understand the motives of Bernardi are far beyond the likes of mortal men," he told the ABC program.

The government has asked the Senate's powerful privileges committee to investigate Senator Dastyari's conduct after it was revealed he may have warned Chinese donor Huang Xiangmo that his phone was probably being tapped by intelligence agencies.

Labor leader Bill Shorten has sacked him from his parliamentary leadership positions.