Tonga tsunami: Fa hasn’t heard from her husband since Saturday

The tsunami has damaged communication infrastructure, preventing contact to the Pacific island. Family and friends abroad anxiously wait for news from their loved ones. 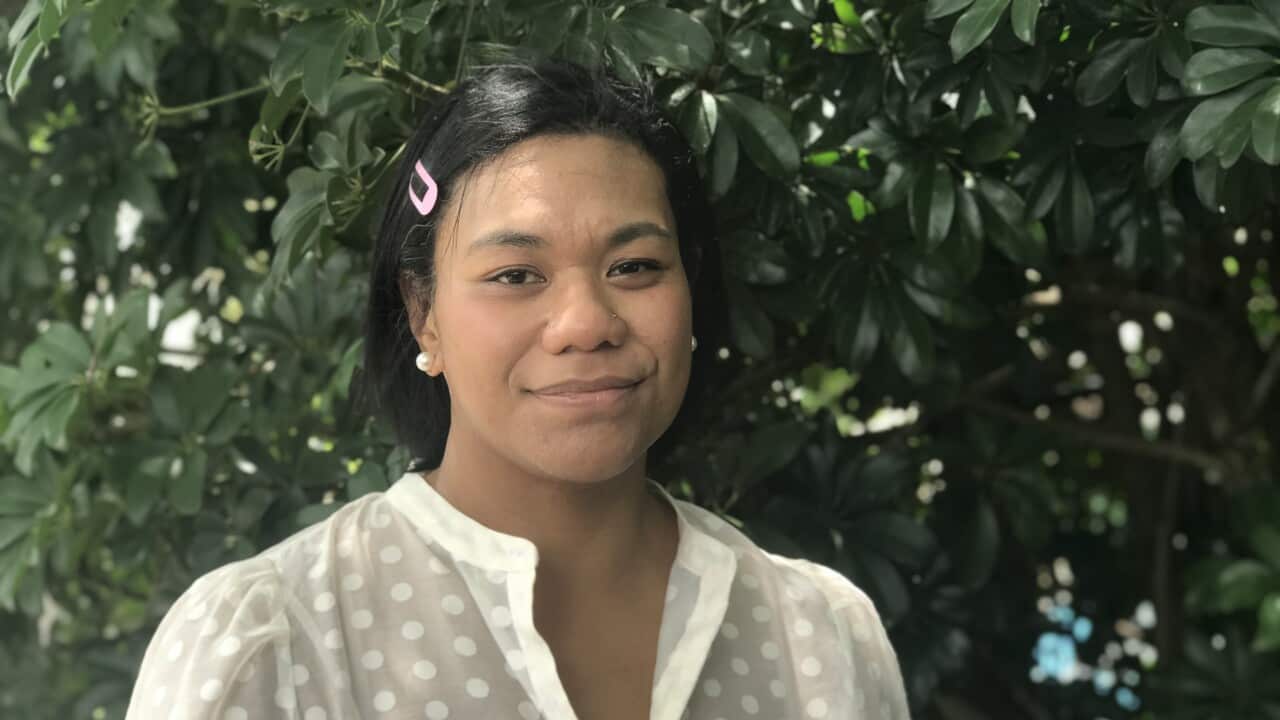 Fa Matangi hasn't heard from her husband since the tsunami hit Tonga on Saturday. Source: SBS

Fa Matangi has been refreshing Facebook since Saturday trying to get an answer to a nightmarish question.

“Is my husband still alive?”

The Queensland-based 35-year-old hasn’t been able to contact her husband Isileli Matangi, who lives in Tonga, since it was hit by a tsunami triggered by an underwater volcanic eruption on Saturday. The energy of the eruption has been compared to 1,000 Hiroshima bombs.

Advertisement
Smoke pours from the volcano on 14 January, one day before its violent eruption. Source: SBS

Fa knew that the island had a tsunami warning on Friday but says her husband was relaxed. On Saturday, she saw images of a bank in Tonga close to where her husband works and lives almost submerged underwater.

“My heart dropped when I saw those images,” she said.

She messaged him immediately but has not received a response.

The tsunami has impacted critical communication infrastructure in Tonga which is making it largely impossible for the diaspora to contact family. Australia's Minister for International Development and the Pacific, Zed Seselja, said Tonga's contact with the rest of the world had been disrupted by damage to an undersea cable.

Roughly 10 per cent of Tongans live in Australia. Fa is now one of the thousands of Tongans in Australia anxiously awaiting news from the Pacific Island nation.

The Uniting Church Minister lives in Brisbane and has been in a long-distance marriage with her husband, who lives in Tonga. They speak every day via Facebook messenger and video chat.

Fa hasn’t been unable to contact her husband since Saturday.

“It's been quite an anxious weekend where I've just felt that my heart is really heavy with worry and anxiety,” she said.

Fa’s husband lives in one of the villages that have been submerged underwater. He cares for his mother, who is in a wheelchair, and his grandmother.

“Definitely knowing that our house would have been submerged underwater is quite surreal. I just wish I was there to help.”

Even Curtis Tuihalangingie, the Tongan Deputy High Commissioner, is struggling to connect with the country from Canberra, explaining that he does not have direct communication with the Tongan government. He said he is concerned that the community in Australia is extremely worried but is encouraging people to have patience as authorities gather more information.

There are no reports of deaths.

“We know the anxiety and the worry of our people here because you know, they want to know whether their family are safe,” he told SBS News.

“But first we want them to be patient and to pray for a speedy recovery until the government comes up with the appropriate information that we will disseminate it to the community.”

Australian Prime Minister Scott Morrison has vowed to give Tonga support. The government has sent a P-8 reconnaissance plane to the country to help assess the damage.

Minister for the Pacific Zed Seslija said the aircraft will be joined by a New Zealand plane.

“We should be able to get a better picture. But we do understand that there are pockets where there has been pretty significant damage,” he told SBS News.

“To date, we don't have any reports of any significant numbers of casualties.”

Authorities and families are relying on satellite communications which Mr Sesljsa explains is patchy and in demand.

He said there were no concerns about the safety of any Australian.

While Fa continues to refresh Facebook for updates, she was relieved to hear that help from Australia and New Zealand is imminent.

“It has been really nice to know that someone is looking after our tiny island of Tonga. We don't have much but we are a people filled with love and filled with faith, knowing that our neighbours are able to help in any way.”