An insider has revealed how technology used in the Winter Olympic Games translation app for athletes is also being used to track China ethnic minorities. 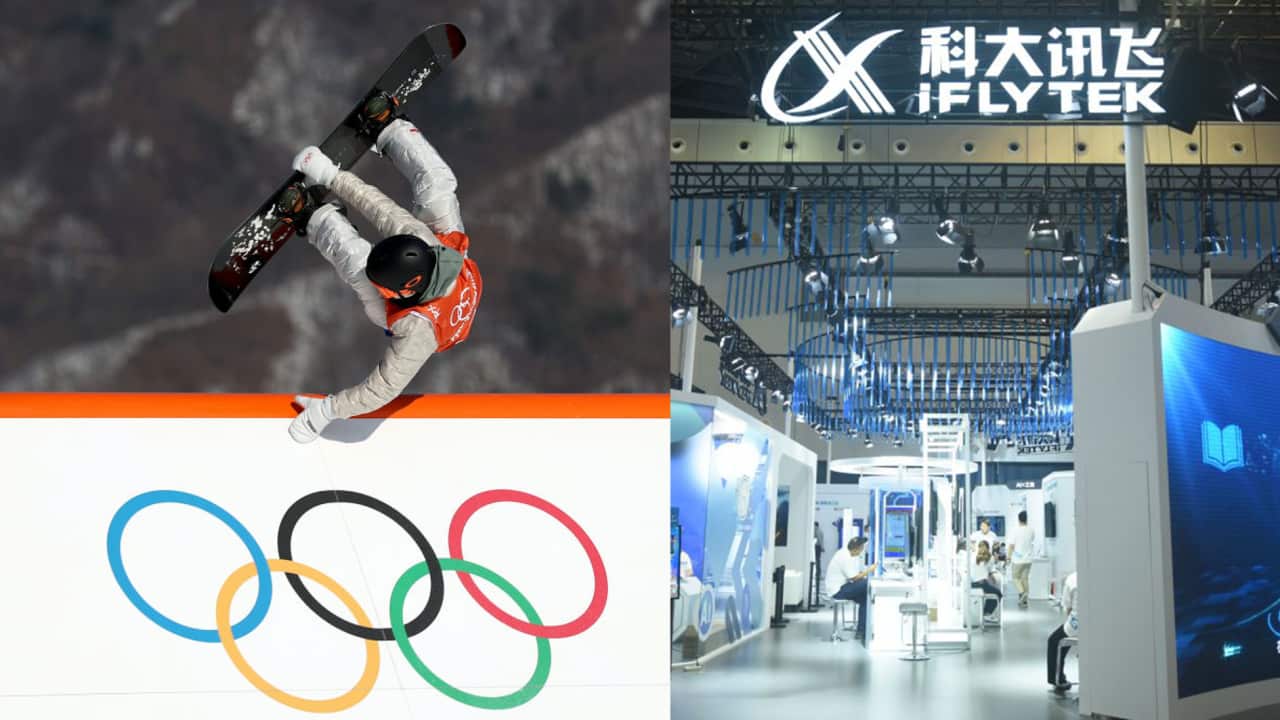 A former employee of China’s security services has revealed to SBS Dateline the technology used for the official translation service for the Winter Olympics is the same used to translate local languages to Chinese to track ethnic minorities.

The man, who has spoken out for the first time, says that the company IFLYTEK is using the same technology it has sold to local government agencies, as part of their surveillance, in its translation services for the Games.

Muslim minorities, including Uyghurs and Kazakhs, living in China are routinely detained in so-called ‘re-education camps’ and claim they are subject to human rights abuses, accusations the Chinese Communist Party denies.

Advertisement
The man, who wishes to remain anonymous, has documents revealing how the new surveillance technology instantly translates local languages, used by these minorities, into Chinese. The documents show one of the companies developing this technology is iFLYTEK.

“The technology belongs to Ke Da Xun Fei, which is called iFLYTEK, since 2004 the company carried out research specifically on Uyghurs regarding voice recognition and voice analysis system,” he said.

IFLYTEK is providing the official translation service for The Winter Olympics Games, which begins on Friday.

Muslims in China’s Xinjiang Province are heavily surveilled, with the government using technologies like facial recognition, microphones and checkpoints to monitor its population. The technology referenced in the document allows authorities to translate local languages, used by ethnic minorities, into Chinese and scan for “sensitive words”.

“What is new is that they are now using it in the education sector, re-education and internment camps, that’s what these documents reveal,” he said.

IFLYTEK has failed to respond to written questions about these claims.

A woman wearing a protective face mask walks past the logos of the Beijing 2022 Olympic and Paralympic Winter Games. Source: AAP

The document, from a government education department, asks for tenders to install recording technology that can “identify sensitive words,” and has an ‘intelligent companion robot’ that includes automated “voice activated photography.”

The former employee says the technology translates conversations captured inside facilities, private homes and on the street and automatically alerts police to the use of any one of 1800 key words many just describing innocent every day activities.

“‘Perform prayers’, ‘reading Quran’, or “going to bazaar to buy a knife” are all keywords,” he said.

“‘Let’s get together with friends today and to have a meal and chat’... these sentences are flagged keywords, “get together, gather” are keywords.”

He said it is used to capture the conversations of Muslims - including children. He claims these are trigger words seen by the Chinese authorities as potential security concerns.

“After listening to the recordings, the neighbourhood committee would determine whether it is an ordinary conversation or [if there are] some kind or threats hidden in it,” he said.

The translations are put together with other data about a person from what they buy, to phone conversations and so-called suspicious movements.

This is all gathered in a computerised surveillance system called the Integrated Joint Operation Platform which uses algorithms to determine if a person has done or said something that means they should be detained.

“For example, a child said in the class, my father told me not to eat anything from Chinese, the father was imprisoned due to this.”

China’s embassy in London said technology is for “social governance” to “prevent crimes” and “does not target any specific ethnicity.”

Human Rights Watch has warned
athletes are entering an “Orwellian surveillance state” and the disappearance of the tennis player Peng Shuai was a good indicator of what could possibly happen. Advocates say athletes could be in danger from vague laws controlling freedom of speech.

A member of
China’s Olympic Committee has warned
that any athletes who make a political protest or statement while in China could be punished.

The IOC has refused to comment on concerns over surveillance and human rights - both it says are “outside its remit.”

Dateline returns March 15th at 9.30 with the story of the tens of thousands of Kazakh’s Missing in China. Dateline reveals a network of mothers, fathers, activists and lawyers fighting to reunite families torn apart.