Women are being traded as slaves on WhatsApp

Phone messaging apps like WhatsApp and Telegram are being used to trade and sell sex slaves and hold slave auctions. 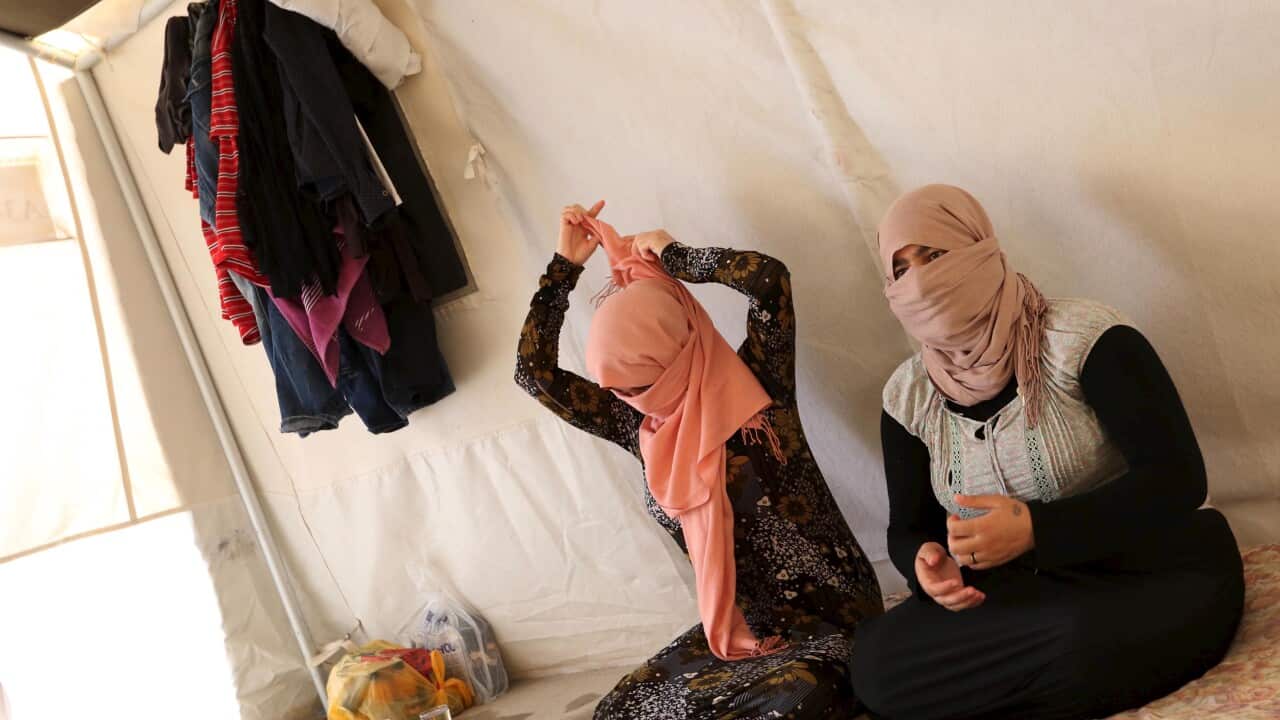 These Yazidi sisters managed to escape captivity by Islamic State. Thousands more were not so lucky. Source: Reuters

The members of the United Nations Security Council hear terrible stories from conflict zones with alarming frequency. So it takes a truly horrific tale to bring them to tears.

Yet as officials in the Council listened in December to Nadia Murad Basee Taha bravely
recount
her torturous ordeal as an Islamic State sex slave, some wept openly. When she fell silent, she received a rare ovation.

Murad is returning next week to the UN to be inducted as a Goodwill Ambassador for the Dignity of Survivors of Human Trafficking. Since her last visit, the Security Council has
requested a report
from the Secretary-General on human trafficking in conflict, and what can be done about it.

Advertisement
The council should act soon – because the problem appears to be rapidly getting worse.

Is slavery making a comeback?

International law is clear that slavery is never allowed, anywhere, any time. Yet the best estimates suggest that
45.8 million people
alive today are enslaved.

Armed groups have long forced vulnerable people into sexual exploitation, military service, and forced labor including construction, cleaning work, digging trenches, mining and agriculture. Some people displaced by conflict in South-East Asia may even end up
catching and processing the fish
that ends up in our supermarkets.

But today, organizations such as Islamic State and Boko Haram are openly encouraging and organizing slavery on a scale not seen since World War II.

More than
5,000 Yazidi women, children and men
are thought to be enslaved by Islamic State right now. The organization has set up
slave registries and markets
, openly advocates for the revival of slavery through official mouthpieces, and has even issued
“how-to” manuals
on slavery. Increasingly, the group
relies on forced child recruits
as
suicide bombers
.

Slavery in a social media age

This is not just Iraq and Syria’s problem. Like conflict, the problem of slavery has become international. A recent UN Commission of Inquiry
found
that men from Algeria, Australia, Belgium, Egypt, Iraq, Kazakhstan, Libya, Morocco, Saudi Arabia, Sudan, Syria, Tunisia, Turkey and Uzbekistan have participated in Islamic State’s enslavement and human trafficking crimes. Other armed groups, such as Boko Haram, are following suit.

This is partly because of social media. In the past year, the
UN reports
, fighters have used the encrypted communications app Telegram to set up online slave auctions, circulating photos of captured Yazidi women, including their age, marital status, current location and price.

Recently, a member of Islamic State attempted to
sell two enslaved women on Facebook
. Displaced female Syrian refugees in Lebanon have been
traded on WhatsApp
, and Islamic State
relies increasingly
on secure apps such as Surespot and Threema for its communications.

How the UN can help

Faced with this, what can the Security Council possibly do?

The answer is quite a lot, according to a
new report
published by United Nations University (which I co-wrote). Published with support from the UK Mission to the United Nations and others, and drawing on input from more than 100 experts from across sectors and around the world, the report argues that the Security Council has significant untapped leverage on this issue.

For a start, the Security Council could clearly denounce involvement with this crime against humanity, and encourage states to punish any of their nationals who are involved. The council could also consider a special international tribunal to address Islamic State’s war crimes and crimes against humanity, including enslavement.

There is a lot the council could do to monitor and disrupt human trafficking connected to armed conflicts. This would involve mechanisms to monitor specific groups’ involvement in trafficking, as well as online and real-word hotspots. Members of the council should figure out why existing sanctions that already apply to involvement in human trafficking – including those for
Islamic State
,
Boko Haram
and in
Libya
, the
Democratic Republic of Congo
and
Somalia
– are not being used effectively to address it.

The council could also help protect those displaced by conflict – at present at a high of more than
65 million people
. These people are especially vulnerable to human trafficking. UN agencies and states can do more to identify, assist and protect civilians in trafficking hot spots, through rapid reaction capabilities, reporting task forces and information campaigns.

The Council can also encourage the private sector to help. The Security Council could work with the financial, technology and recruitment sectors to develop guidance to prevent their value-chains being tainted by human trafficking in conflict. The council has taken
similar steps
to prevent industry from profiting from conflict minerals. Why not do the same in relation to human trafficking in conflict?

The technology sector has another key role to play. Social media providers may be able to use location data and content to identify people vulnerable to trafficking, and warn them of particular risks. The London Metropolitan Police has released online
videos
of Syrian migrant women warning foreigners about the realities of life under Islamic State, to counter fraudulent recruitment and trafficking. Social media providers can ensure these messages get to the right audience.

Now it is up to the Security Council to take action, with partners in the private sector and beyond, to ensure that more people do not suffer her terrible fate. Without such steps, all the council’s applause will ring hollow.