Decades after the Holocaust, authorities in Germany are struggling to curb growing right-wing sentiment after strings of attacks on synagogues, immigrants, and left-wing politicians.

Watch Germany's Neo-Nazis and the Far Right on SBS On Demand.

Weeks away from an election, Germany is battling another rise in far-right extremism — including within its military and police.

“Some limit themselves to discussing how to make Germany a 'purely white' country," she said.

“I’d say in 10 to 20 groups they talk about the [previous] terroristic attacks that we had in Germany, in Halle… The most they discussed was why he just killed two people. And it was something like, 'If I would do that, I would kill more. I would kill hundreds'."

Checking the posts in the groups at least 10 times a day, Katharina said the hate groups were only growing in strength.

“It started with Facebook, and now most of the groups are Telegram. Some WhatsApp groups. Maybe 250, 300.” 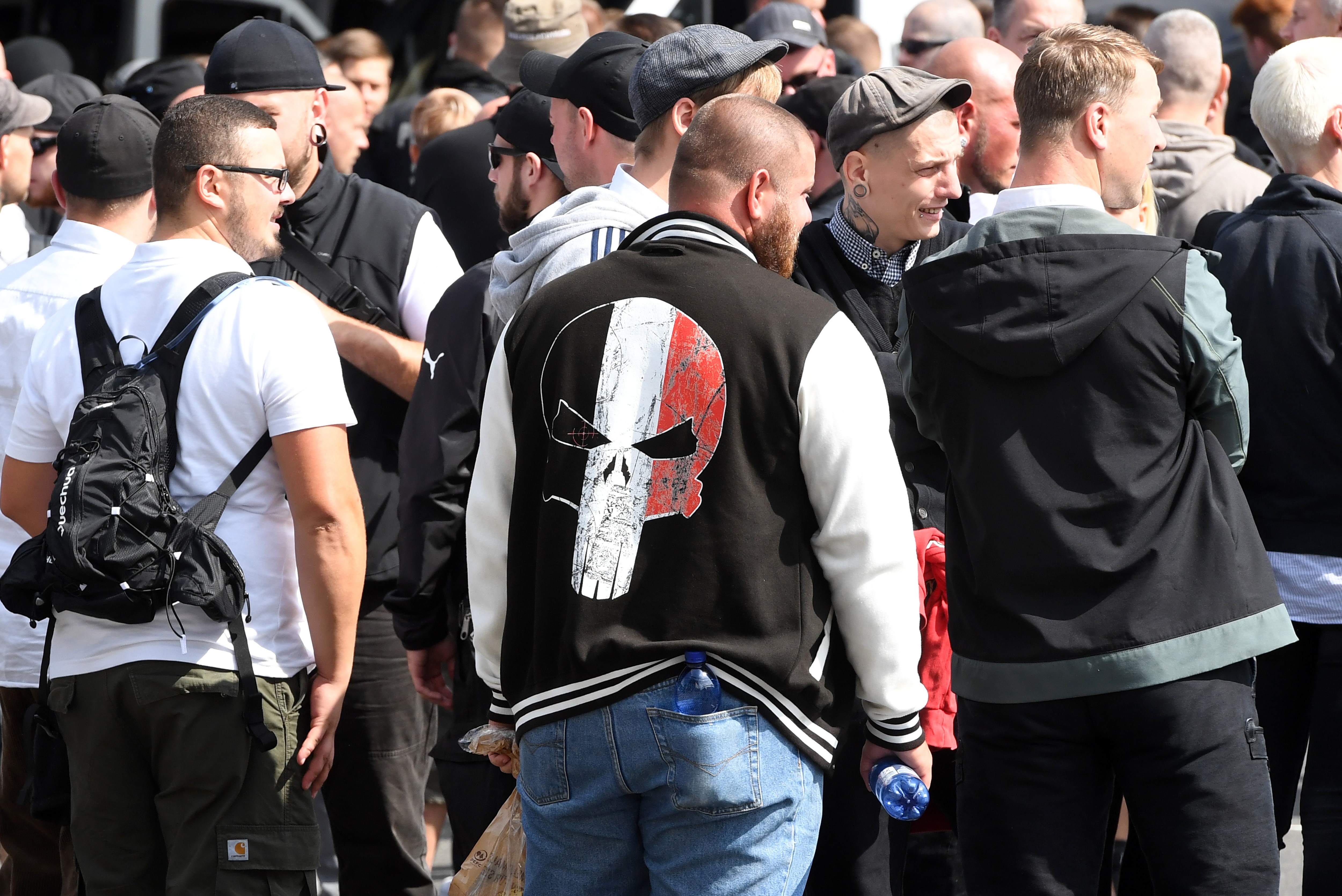 Katharina publishes what she finds online, and that has made her a target for the far right.

“I've received a lot of threats in recent years. I have received emails that outline how they want to torture me, and what they think should happen to me.”

Two years ago those threats intensified. An underground far-right band even released a song calling for her to be killed.

But Katharina’s fears aren’t contained to an online community of civilian extremists.

A series of recent scandals have provided evidence that far-right extremists have also infiltrated the German police and military.

In an effort to reckon with this past, Chancellor Angela Merkel has welcomed more than a million refugees into the country since 2015.

But the influx has had unintended consequences.

Amongst the scandals surrounding the German police and military is a group called Nordkreuz – Northern Cross – led by a former paratrooper and police sniper named Marko Gross.

Angered by a rush of refugees to Germany, in 2015 Nordkreuz began to mobilise for “Day X” - a future event where the state collapses and the far right emerges from the shadows to take control. Investigative journalist Dirk Laabs has followed the group over the years – and has even infiltrated their communications.

“We can really see that these guys are hardcore Neo-Nazis. It's a lot of racism. One meme they were sending around, where you can see a soldier in the Second World War shooting hostages, and they basically imply you should do the same thing with migrants," he said.

In amongst memes and meet ups, Dirk came across more sinister plans.

“I found very specific instructions for the Day X, like military instructions: where to meet, code words, the channels they would use to communicate, the signs they would show, how to pass a roadblock.

“They started to look for safe houses to be safe on a special day, to meet, to have weapons and ammunition to maybe fight other troops. So it was really thought through. It was a military operation.”

There are now some 800 members of the German military under investigation for their alleged links to far-right extremism.

In Germany 2021 is known as a "super election year", with six states going to the polls and a federal election in September.

This year, for the first time in its postwar history, Germany has placed the government’s largest opposition party, the right wing AfD, under surveillance for extremist activities.

While the AfD has its strongholds in the east of the country, they have the support of roughly 11 per cent of the voter base.

But Interior minister Horst Seehofer has said that it's the dramatic rise in rightwing extremist crime that poses the biggest threat to the country’s stability this year.

Police recorded almost 24,000 far-right crimes last year, a rise of almost 6 per cent on the previous year and the highest level since records began 20 years ago.

The German elections will take place on September 26.