When Joe Biden becomes president on Jan. 20, 2021, he will lead a fractured nation whose political factions are separated by a chasm. In his victory speech, Biden asked Americans to “come together” and “stop treating opponents as enemies.” Is healing possible between red America and blue America? Experts weigh in on the political polarisation whether Biden’s goal is realistic.

How to thaw enmity and disdain

The image of two monolithic cultures at loggerheads, though perhaps intuitive and appealing, is a myth that doesn’t hold up on closer scrutiny.

As a political psychologist who has investigated radicalisation, polarisation and populism, I believe a “two tents” metaphor would be more accurate.

If you look at 2020 election data, you’ll find both the Trump and Biden camps contained diverse points of view, interests and concerns.

Within the Trump tent were Republican stalwarts bent on fiscal conservatism but also working-class backers of progressive economic policies who supported President Donald Trump for cultural reasons and evangelical Christians passionately against abortion. Present were white “America First” adherents who were vociferously anti-immigration but hold anti-corporation sentiments typically voiced by liberals; Latinos who themselves are immigrants; and African Americans who saw pro-business policies as a route to economic advancement.

Biden’s supporters were urban and suburban dwellers who differed in many ways but shared concern about the mishandling of COVID-19. His tent contained centrist Democrats and economic socialists, Black Americans intent on addressing systemic racism and members of the LGBTQ community defending their rights.

These tents overlap, and many Americans have walked from one tent to the other. Trump won more Black and Latino votes than any Republican in 60 years. But millions of evangelicals he won in 2016 voted this year for Democrats, including Biden. There have been notable rifts among Republicans, and a significant coterie of high-profile GOP party members supported Biden.

Across the political spectrum, American voters say they want the president to be a uniter rather than a divider. In October 2020, 89 per cent of Biden backers and 86 per cent of Trump backers said they wanted their candidate to address the needs of all Americans. They delivered the White House to Biden, a candidate who emphasised unity over resentments, while supporting Republicans in Congress.

Such election results signal that Americans are resistant to either party’s domination, which is effectively a call for collaboration. With society shocked by COVID-19 casualties and Trump’s unconventional presidency, the pieces of the American political puzzle may fit together in novel ways.

Toning down the rhetoric, resisting extremism, avoiding vindictiveness and stressing pragmatic solutions can build up a common ground that will mend the fraying fabric of our society.

Dan Raviv, an author and media analyst, contributed to this article.

America’s political divide will be very hard to heal 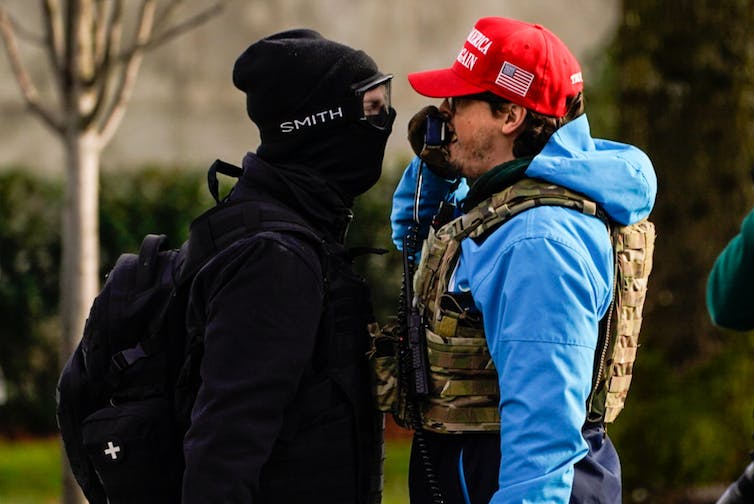 In his victory speech, Joe Biden said that partisanship “is not due to some mysterious force” but “a choice we make,” asking Americans to “give each other a chance.”

His advice for doing that: “listen.”

Other political analysts have advised listening, too, as a way to heal America’s divide.

But lack of listening isn’t the problem here. My research on polarisation shows political divisions have more to do with negative feelings toward opponents than with misunderstanding their views. When those feelings are intense, as they are right now, listening can actually deepen divisions. So when opponents speak, partisans hear only distortion and hypocrisy.

As a result, Americans today see their opponents as untrustworthy, dishonest, unpatriotic, threatening and even harmful to the nation, according to recent polling by the Pew Research Center. Bitter partisanship has rendered Americans unable to treat their opponents as democratic partners.

Research shows that momentary exposure to political messages that slightly oppose our own typically intensifies animosity toward rivals. And when opponents attempt to correct us, we commonly double down and escalate. That’s why even fact-checking Trump’s tweets amplifies divisions: When Twitter marks a Trump tweet as misleading, research finds, Republicans grow more inclined to believe it, while Democrats grow less inclined.

Listening can heal only when our divides lie within democracy’s mutual ground – the basic principle that, despite their differences, citizens are political equals. Today’s bitter partisanship has eroded this mutual ground in the United States.

In order to heal, Americans must recover the democratic mutual ground. Doing so would require rehabilitating people’s views of their fellow citizens. That is, Americans would need to see other Americans as people first, independently of their partisan affiliation.

This isn’t easy. Partisan division is a feature of our everyday social environments, with Republicans and Democrats often living entirely different kinds of lives.

If we already define ourselves and others in terms of partisan loyalties, the road to healing does not run through more political dialogue. Instead, Americans would need to do things together that have nothing to do with politics, engaging in activities that in no way express our partisan loyalties – volunteering with a community organisation, for example, or joining a bowling league.

Yet opportunities for this kind of nonpartisan interaction have dwindled. And how do you heal a nation through bowling, anyway? You can’t, of course. Meanwhile, all the big stuff Americans do as a nation, from voting to raising families, is tinged with partisanship.

Until we can put politics in its right place – and I can’t fathom when that will be – partisan divides will persist. 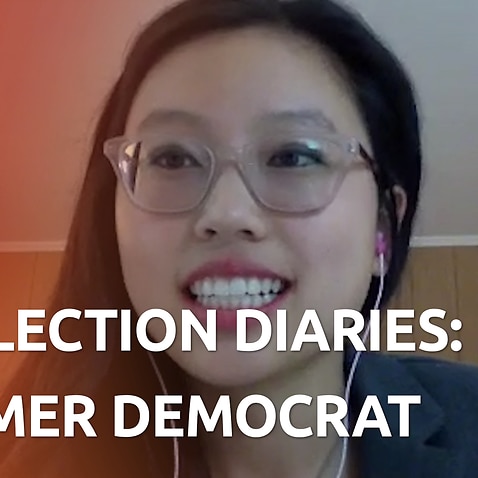 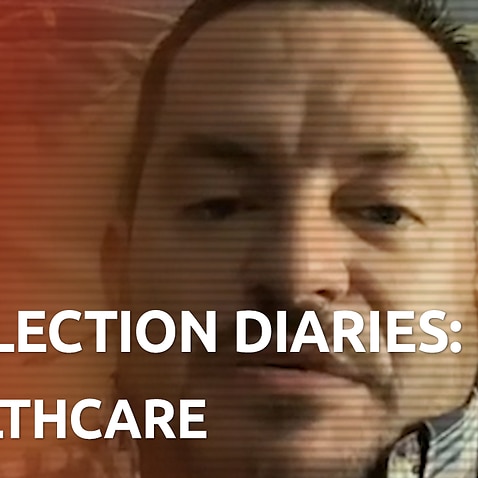 US Election Diaries: 'People in America are scared to get sick' US Election Diaries: Fighting for the homeless in America 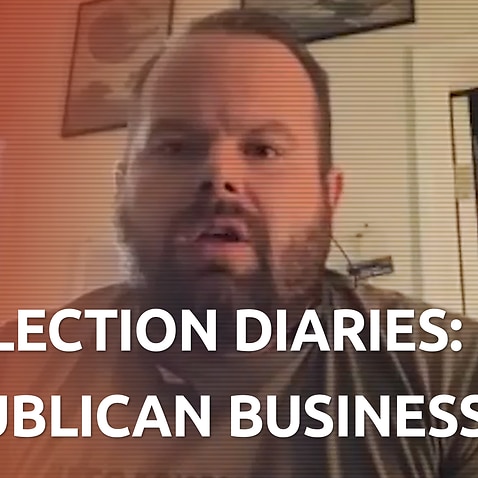