The World Health Organisation has declared it’s in uncharted territory as the COVID-19 novel coronavirus continues to spread. The escalation of the disease and news of disruption to manufacturing has caused consumer behaviour to shift, with people around the world 'panic-buying' essential supplies like toilet paper.

The coronavirus is disrupting supply chains across the world and so-called ‘panic-buying’ has seen consumers flock to supermarkets to stock-up on essential items, including toilet paper.

Costco in the US has seen a run on supplies and the chairman of Japan’s paper manufacturing companies, Hirofumi Hayashi, told a news conference last week, “there is a sufficient supply and inventory of toilet and tissue paper."

"I urge people to remain calm,” he said.

British supermarkets have drawn up “feed the nation” contingency plans that would help the country cope with any panic-buying.

Australians have been posting on social media photos of empty shelves that would otherwise be stocked with toilet paper.

Corona is really taking over isn’t it 😂 every person that walks past work has a full trolley of toilet paper, just went into woolies and coles. Not a roll in sight 😂 Big W just had a delivery and people were fighting over it. This is ridiculous 😂😂 pic.twitter.com/gQut6blESu

Toilet paper hoarding in Sydney. The only thing to fear is fear itself. But if everyone thinks everyone else is afraid, it is rational to be afraid (and hoard). pic.twitter.com/8BaUdsqrXM

Should we stock up on toilet paper?

IndustryEdge' managing director Tim Woods has 25 years experience in the paper and pulp industry. He told Dateline stocking up on toilet paper is completely unnecessary.

While China is the largest global manufacturer, Australia produces about two thirds of its own toilet paper, that’s about 310,000 tones, according to IndustryEdge. 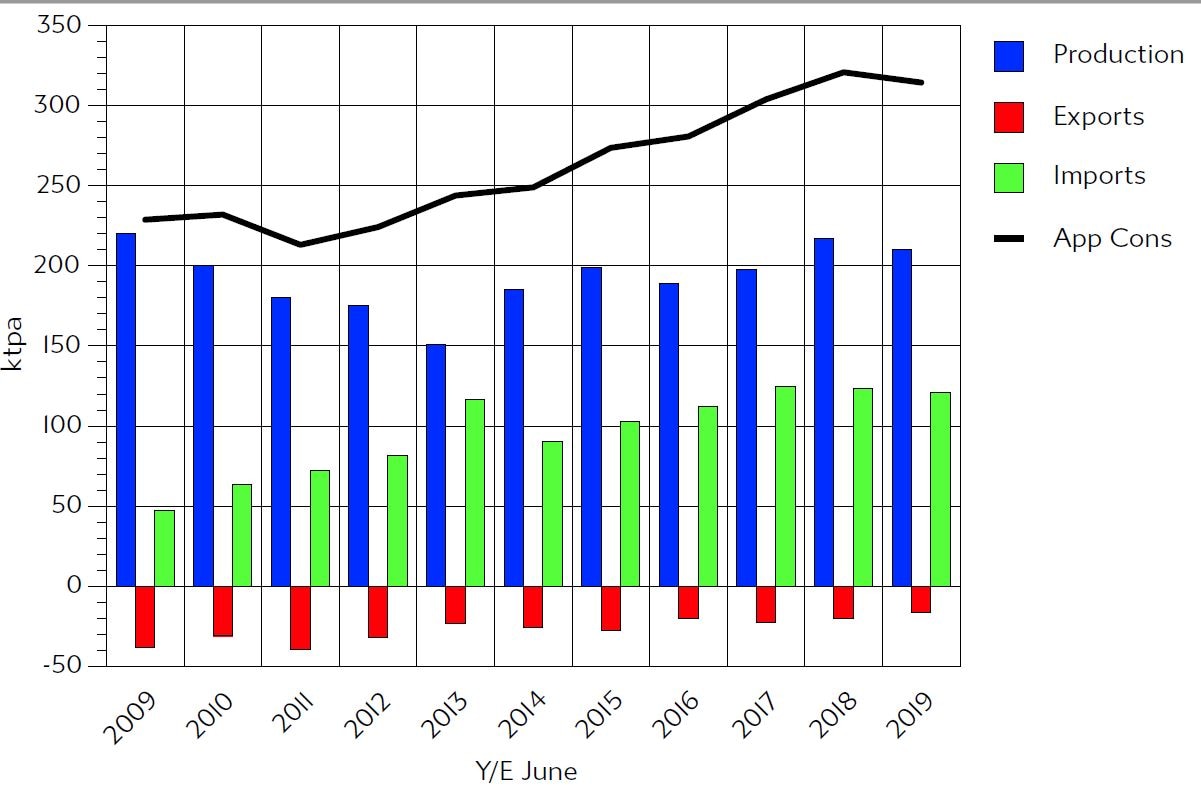 Mr Woods explains that the local industry is capable of increasing that production if necessary, though he says that would be highly unlikely.

“Supermarkets have their own stockpiles in warehouses and supply from China has not completely stopped,” Mr Woods said.

Shipping from China takes about 17 to 22 days, so it's likely toilet paper is on its way.

“The entire supply chain is moving on several months supply,” he said.

If Australia produces its own toilet paper, what is it made from and where does that come from?

The pulp which makes tissue products, including toilet paper, is made from trees and is mostly sourced from Canada and Latin America.

“Those supply chains have barely been disrupted [by the coronavirus],” Mr Woods said.

Mr Woods said it is even possible to produce the toilet roll itself locally.

This kind of panic-buying is “uncommon,” Mr Woods said, and a “misrepresentation of the need to be prepared.”

“There is plenty of toilet paper.”

What about other products?

Chung-Li Tsen is an Associate Professor of Operations Management at the UNSW Business School and has a slightly different take. He told Dateline that in general supply chains are fragile and no consumer or producer should take this for granted.

The impact of coronavirus varies on the product. For example, the supply of electronics and face-masks have been significantly affected.

In general, he warned against suppliers and producers putting “all their eggs in one basket” and sourcing all their materials and supplies from one region, in this case China.

Associate Professor Chung-Li said that correction information is key to calming consumers. He said the government should be distributing information that supermarkets should hold enough inventory of essential items so shelves aren’t empty for extended periods.

“Every player on the supply-chain needs to do their job,” he said.

"I am not concerned but I thought it was important to have an understanding from those major companies about the processes they are putting in place about how they will continue delivering services to the Australian community," Mr Morrison told reporters in Canberra.

Mr Morrison said he was satisfied with their plans. He said the problem was not as widespread as the photos suggested.

"There's obviously some lines which will be more tested in short term, but they are working on those."

A Coles spokesperson said they had increased the number of deliveries to stores this week to meet the increased demand for products such as long-life pantry staples and healthcare items.

"Like many retailers, we currently have a shortage of some antibacterial handwashes and hand sanitiser products due to high customer demand," the spokesperson said in a statement.