In Vietnam, street kids are referred to as “children of the dirt.” One organisation is dedicated to giving young people the support to lift them from poverty toward stable life.

When Adam Liaw met Viet and Tuan while filming for Dateline, they had been living under a bridge on a motorway. The teenagers would crawl under pallets to hide at night, with a metal bar as a weapon to protect themselves.

“And sometimes drug addicts were around, so we moved down here, it’s safer.”

The pair grew up in a rural province in Vietnam but moved to the city in search of work. They collected plastic bottles for money.

Do Duy Vi is a social worker with the NGO Blue Dragon -- an organisation dedicated to helping disadvantaged young people in Vietnam.

As a former street kid himself, Vi said he was concerned for the pair when they lived under the bridge.

“We are working with kids that are really, really traumatised. A lot of things happened in their lives,” said Vi.

“A lot of things happened inside them which we don’t see from the outside.”

Tuan and Viet had sometimes been at Blue Dragon and sometimes had gone back out to the streets. 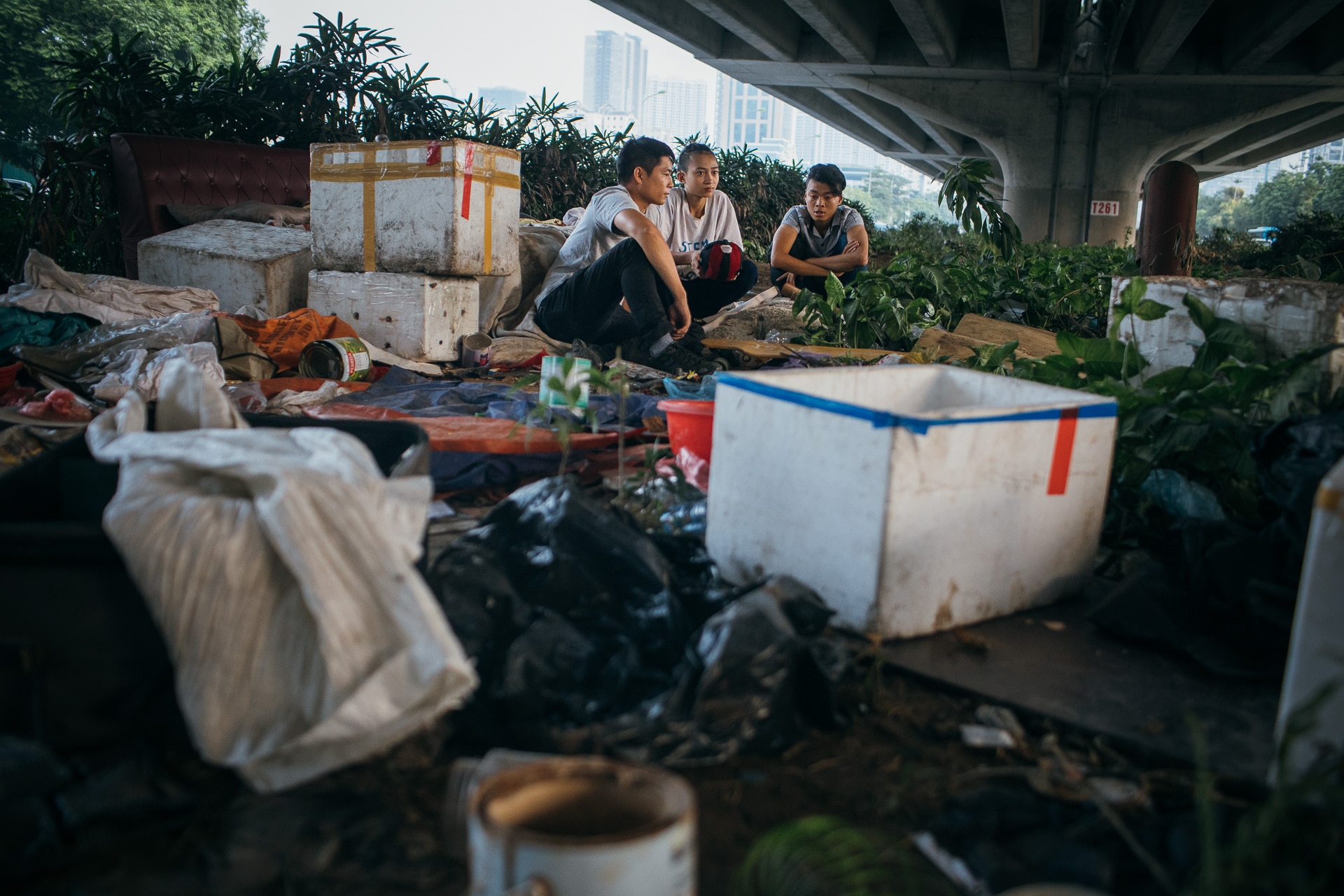 Vi visits Viet and Tuan where they were living in Hanoi.
Dateline

The organisation considers this a common pattern: some children will immediately leave the streets when they are offered help, while others will take months or even years before they are ready.

Eventually, Viet and Tuan decided to return to Blue Dragon safe house and have successfully moved to a more stable life.

Tuan now works as a security guard in a company, looking after parked cars and motorbikes, while Viet is working on a farm, where he continues to enjoy being outdoors.

The founder and co-CEO of Blue Dragon Michael Brosowski said they have helped hundreds of young people in similar situations.

“Sadly, their story is very common. Hanoi's street kids come from all around Vietnam, sometimes even from the southernmost provinces,” he said.

“They may be running away from home because of a small conflict with their family, or because of much deeper issues such as abuse and neglect.

“They hope to find a better life, but they almost always find something even worse than what they were escaping.”

Around seven million Vietnamese people live in poverty, most in rural areas.

Blue Dragon works with street kids, children with disabilities, those in extreme poverty and victims of human trafficking and slavery. 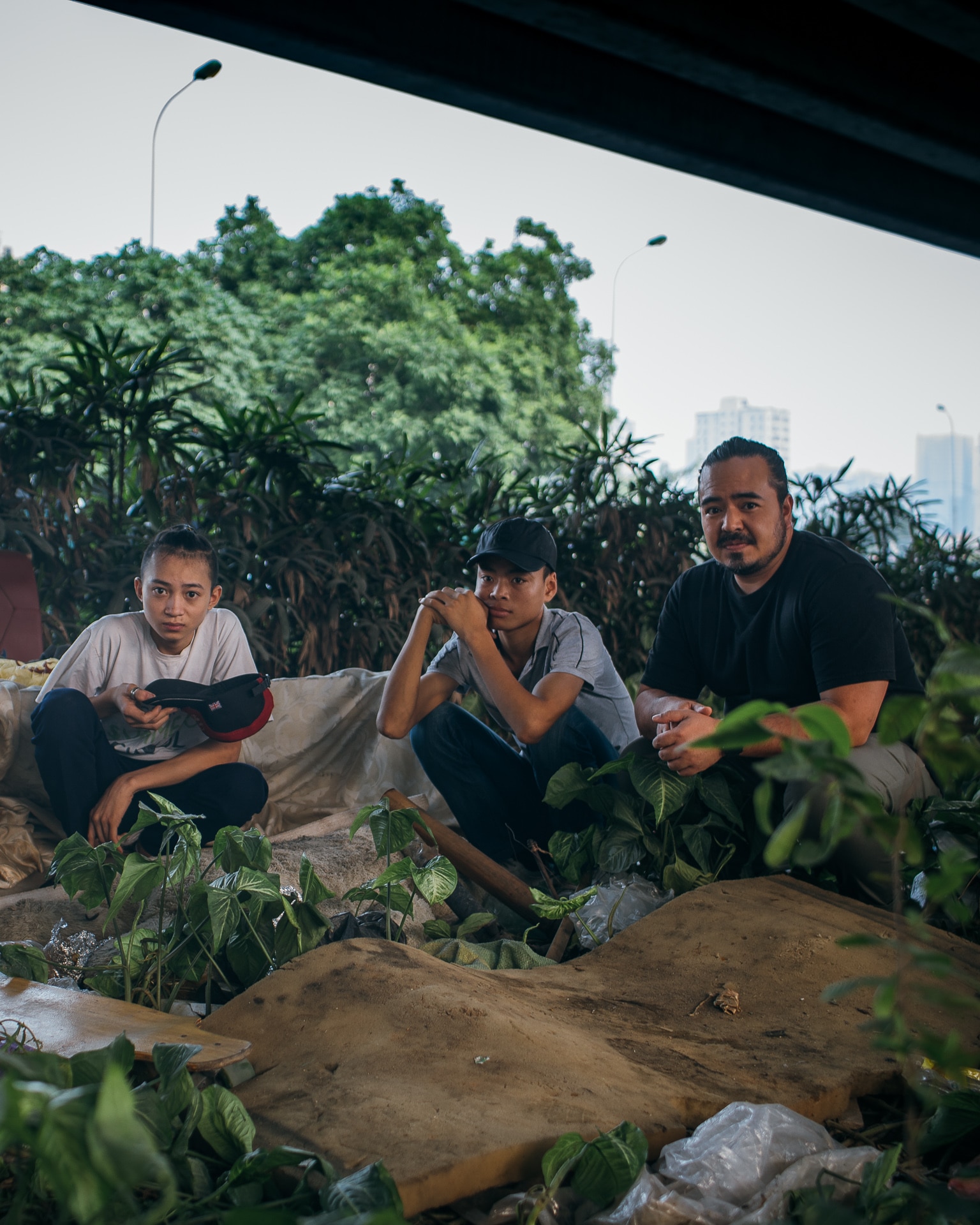 Adam Liaw visits Viet and Tuan to get an insight into life on the streets for young people in Vietnam.
Dateline

“Some of the children we meet are in such sad and desperate situations. But we do see real change, even if it takes years, so no matter how bleak the outlook is, or how unlikely a successful outcome seems, we keep going,” Michael said.

“And we are realistic about it: we know that progress for children in these situations is never in a straight line. Some children, like Viet and Tuan, will do well for a few weeks and then disappear back to the streets.

“It takes patience and a lot of love, but kids will heal if they have a chance and the right people to care for them.” 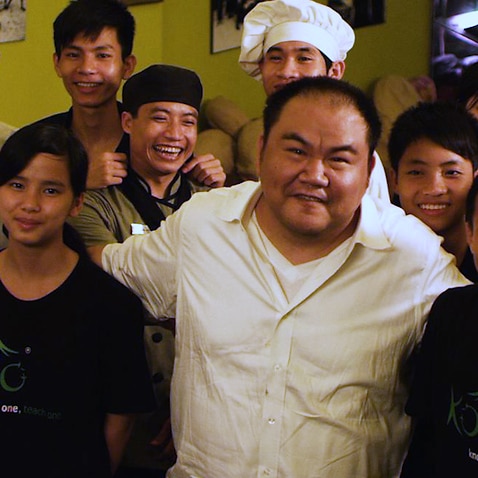