Nathan Law was just 23 when he was elected to the Hong Kong Legislative Council, making him the youngest lawmaker in its history.

Although he was kicked out of parliament after making a controversial oath, the now 26-year-old has been a political activist since.

He is a key figure in Hong Kong’s pro-democracy movement which saw millions protest in the city’s streets last year, sparked by a an extradition bill.

The proposed law was scrapped but the movement remained, only to lose momentum when the world turned its attention to the coronavirus. 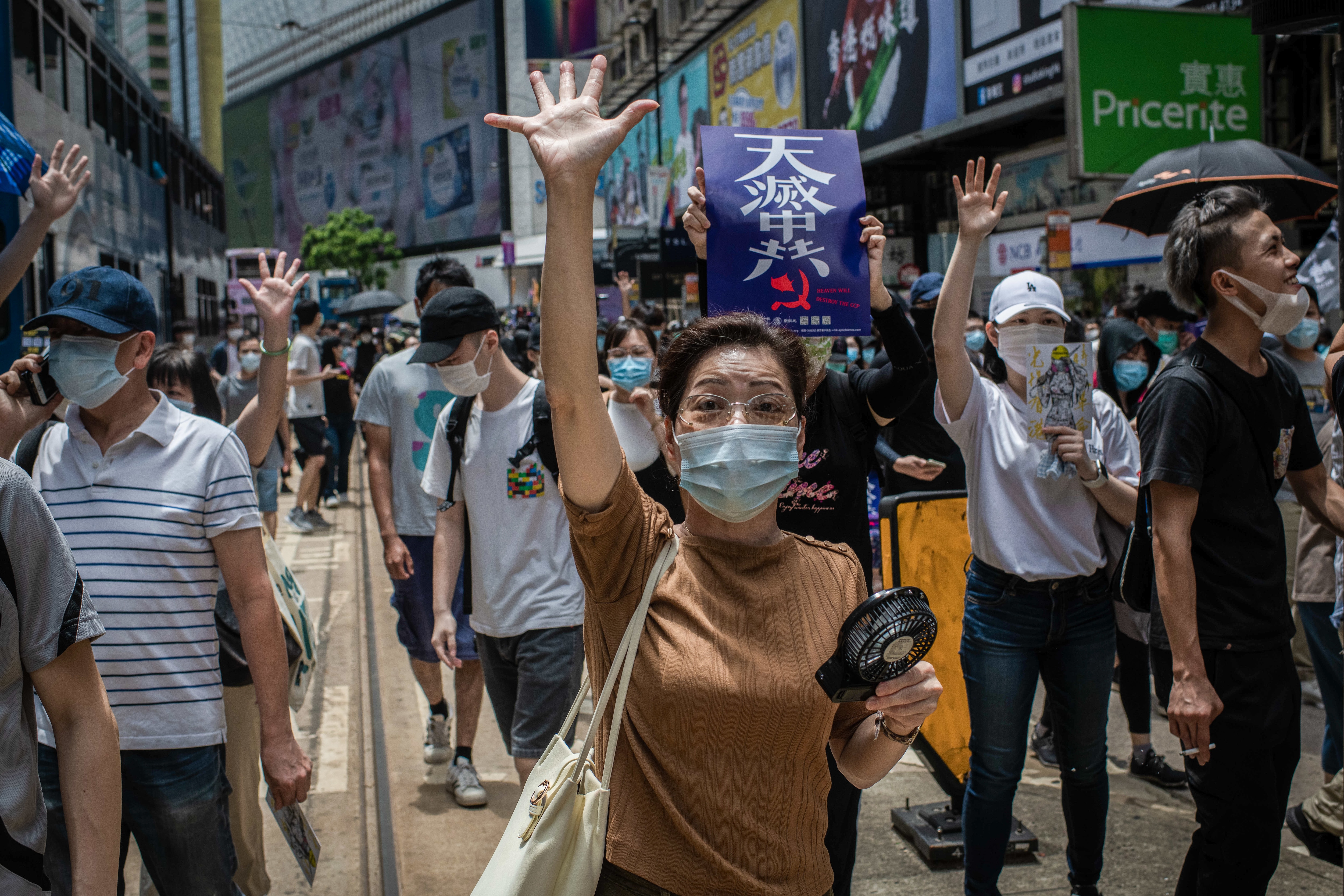 This lull broke last week when China announced it will introduce a new security law. While we don’t know exactly what that law looks like exactly, Chinese state media said it would "deter the power [of] Hong Kong extremists," and prevent “external forces from meddling in [Hong Kong] affairs.” Hong Kong: Behind The Frontline

Article 23, known as the Basic Law, says the city must enact national security legislation to prohibit "treason, secession, sedition (and) subversion" against the Chinese government. The last time the Hong Kong Legislative Council tried to pass a law under Article 23, in 2003, more than half a million protested in the streets.

Hong Kong leader Carrie Lam insists the laws will not trample on the city's rights and freedoms, calling on citizens to wait to see the details of the legislation.

Nathan Law told Dateline that the law would mark “the end of Hong Kong’s freedom.”

Trump hints at action against China

Both have been labelled radical politicians in their own right, Hong Kong pro-democracy advocate Nathan Law was kicked out of parliament at just 23 and US President Donald Trump’s resume as a real estate mogul, turned reality TV star, turned world leader speaks for itself. The pair have a similar message for China: don’t impose the security law.

US President Donald Trump has indicated that the United States was working on a strong response to China's planned national security legislation for Hong Kong. President Donald Trump has lashed out at Twitter for labelling his tweets "unsubstantiated".
ABACA

"We're doing something now. I think you'll find it very interesting ... I'll be talking about it over the next couple of days," he said at a press briefing on Tuesday.

White House spokeswoman Kayleigh McEnany said the president was displeased by the law and found it found it "hard to see how Hong Kong can remain a financial hub if China takes over".

Police cover streets of Hong Kong ahead of planned protests

While Trump is preparing his response, Nathan and the pro-democracy political party Demosisto are returning to the streets.

“We have street stations to distribute leaflets to warn people about how restrictive and dangerous the national security law is.”

Planned protests on Wednesday --  about the security law and another law that would make insulting China’s national anthem a criminal offense punishable by up to three years in jail -- were preempted by police. 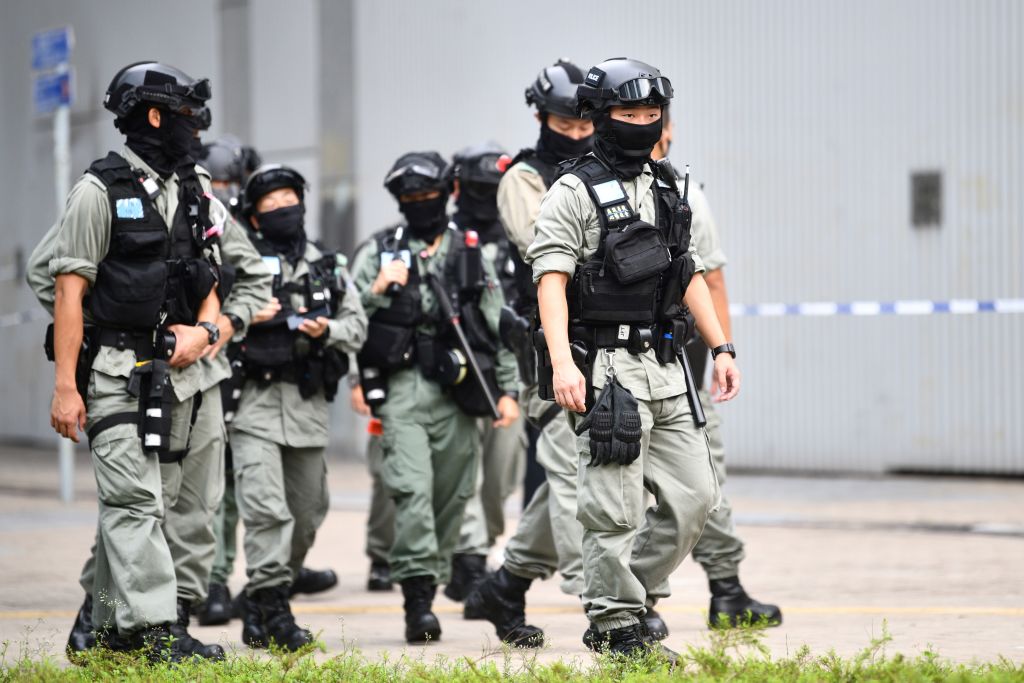 Riot police stand guard outside the Legislative Council in Hong Kong on 27 May.
Getty

“Every block nearby the Legislative Council is occupied by the police and they basically search everyone who is passing by,” Nathan explained.

“But the sentiment online shows how angry people are. We might not be seeing massive protests [today] but we will be in the future.” ‘It’s turned into a war zone:’ Clashes in Hong Kong described as Tiananmen 2.0

Paris*, a 20-year-old protester, is dedicated to the pro-democracy movement but decided not to protest today. It’s a different mood to last year, Paris explains -- police are outnumbering protesters, and consequences are more likely and more severe.

“Today is depressing. [The police] stop and search everyone on sight, pretty much.”

“Without a group of people already rallied and everyone scattered, it’s too dangerous.

“The original plan was to surround and enter the Legislative Council but police already set up a ton of barriers yesterday.”

While Paris has always believed she could be prosecuted by China -- law or no law -- “nothing has ever come close to Beijing enacting their own laws in Hong Kong.”

"We will not accept this level of encroachment on our own freedoms and rights."

Speaking from his bedroom in Hong Kong, fellow activist Wayne* believes Hong Kongers will not accept this law.

“Hong Kongers will be tried under what is essential a Chinese law, in Hong Kong itself,” he said,

“It is virtually certain that Hong Kongers will take on the fight, we will not accept this level of encroachment on our own freedoms and rights.” Riot police stand guard outside the Legislative Council in Hong Kong ahead of a debate over a law that bans insulting China's national anthem.
AFP

The movement won’t look like the protests the world witnessed saw last year, says Wayne, with not only the coronavirus but the increased risk of persecution forcing protesters away from the streets.

“The movement has taken on a dynamic shape since last year. There will be protests, but in what form we will not see,” he said.

“Hong Kongers are resourceful enough that we will not go to the street to expose ourselves.” 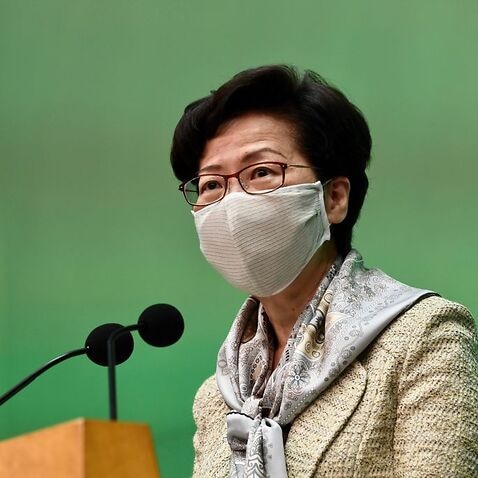