Evo Morales was once regarded as Bolivia’s transformative leader, a defender of workers and indigenous people and an icon to the global left. Now, he is in hiding and ousted from office, and it is unclear who will replace him.

Evo Morales is in hiding, ousted from the presidency and abandoned by most of his allies and countrymen — his tenure as Latin America’s longest-serving head of state suddenly cut short.

His fall from power began with his pursuit this year of an unprecedented fourth presidential term in this landlocked South American nation. By bending election rules and declaring victory in a disputed election last month, he provoked weeks of nationwide unrest that reached a tipping point on Sunday, when a mutiny at a police station spread to nearly every major city.

Formerly loyal unions, indigenous groups and — crucially — the armed forces withdrew their support for Morales, and his seemingly iron grip on the Bolivian state crumbled in hours. He at first tried to quell the tensions by offering the opposition talks, and then new elections. But the offers fell on deaf ears.

Isolated and visibly shaken, Morales on Sunday read a brief resignation letter and then disappeared, opening a power vacuum that was filled by looting in the streets.

Who is Evo Morales?

A member of the Aymara indigenous group, Morales was born in a remote town in southern Bolivia. He rose to prominence as a labor union leader among coca leaf growers, promoting the rights of Bolivia’s indigenous majority.

His passionate defense of the growers — and of coca leaf farming as an intrinsic part of Bolivia’s indigenous culture — led to clashes with the country’s conservative and overwhelmingly white political elite.

In 2006, he became Bolivia’s first indigenous president since the country’s independence from Spain two centuries ago. He quickly moved to empower indigenous people, redistribute the nation’s natural gas wealth and bring infrastructure to poor communities, measures that made him the most popular Bolivian politician in decades.

Benefiting from the commodity boom of 2000s, Morales transformed Bolivia from South America’s poorest nation to one of its most dynamic economies, lifting millions out of poverty. Unlike his high-spending left-wing allies in Venezuela and Argentina, however, Morales combined redistribution with keeping a balanced budget and wooing international investors.

How did Morales fall?

In recent years, Morales’ economic success was marred by increasingly authoritarian measures. He steadily tightened his grip on power, prosecuting opposition figures, packing the courts and electoral boards with allies and unleashing bands of his supporters to intimidate opponents.

And he sought time and again to hold onto power. By 2016, when he had already spent 10 years in office, a majority of Bolivians decided Morales had overstayed his welcome, voting in a legally binding referendum to prevent him from running for another term. His party took the case to Bolivia’s Constitutional Court, which ruled that term limits would violate the president’s human rights. As he embarked on his fourth presidential election campaign this year, his formerly unassailable approval lead began to melt, diminished by his aloof handling of disastrous wildfires and disdain for democratic procedures.

The popular discontent finally erupted into protests after the 20 October vote, when officials abruptly stopped releasing results and stayed silent for 24 hours. Then, electoral authorities declared that Morales had won outright in the first round and did not need to face a runoff. The Organisation of American States and the company contracted to count the votes both reported widespread irregularities in the election, and urged Bolivia to annul the results and take a new vote.

Protesters filled the streets in most of Bolivia’s major cities, and strikes and demonstrations paralysed the country. When loyal security forces refused to confront them, Morales’ hold on power began to slip. 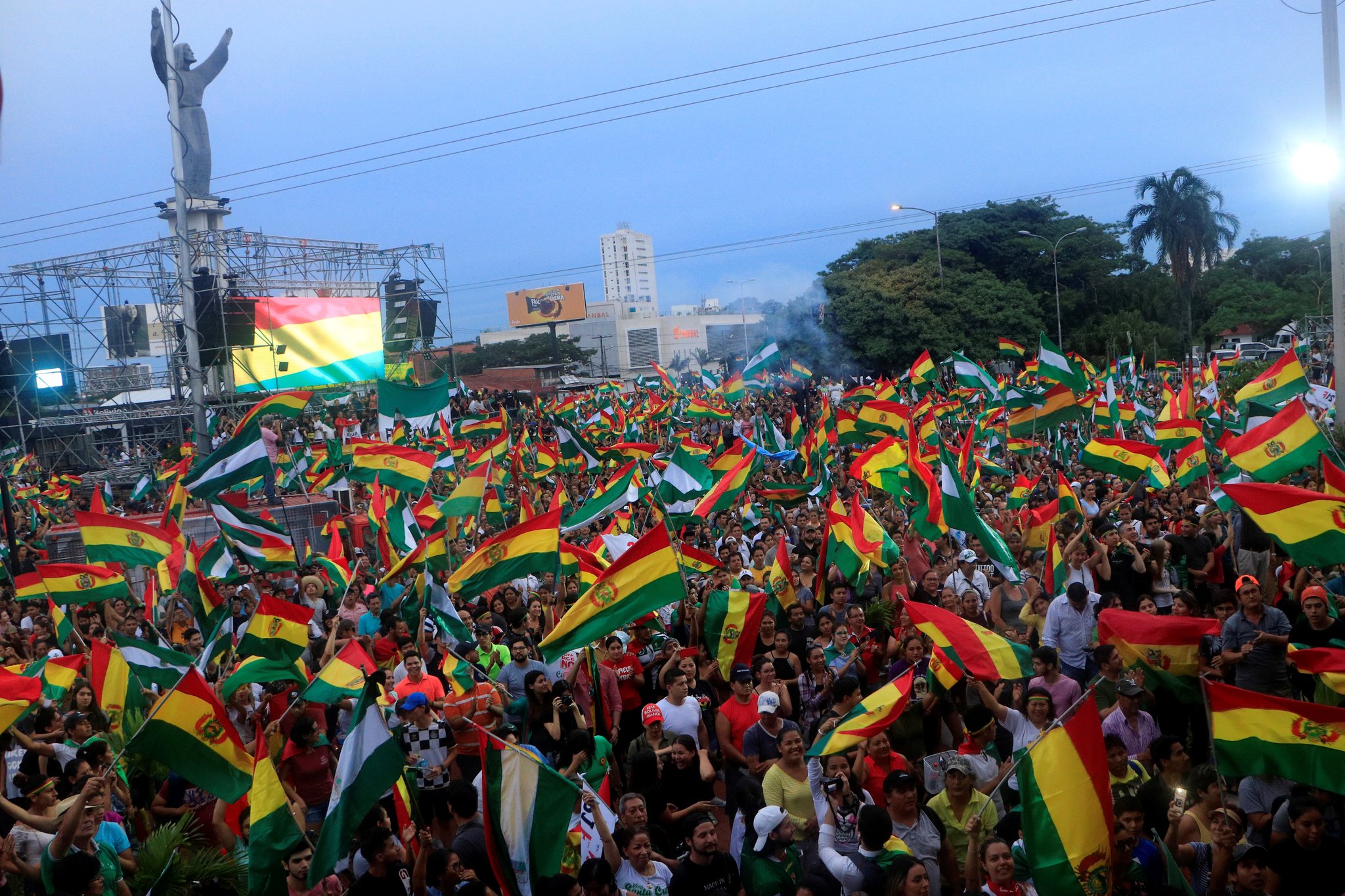 After weeks of protests, the armed forces called on Sunday for Morales to quit to restore peace. Minutes later, he boarded the presidential plane with eight close aides and flew to the coca-growing region of Cochabamba, where his political career began four decades ago.

After formally resigning in a national address, he disappeared, confining himself to a few tweets in which he accused the opposition of a coup.

How has the world reacted?

Morales’ resignation provoked swift and polarised responses from leaders around the world, highlighting his complex legacy as a champion of the poor who subverted democracy to cling to power. His international allies condemned his resignation as a coup by Bolivia’s bitter traditional elites; his detractors saw it a victory for democracy.

Prominent leftist leaders in Venezuela, Argentina, Brazil and Ecuador formed a close relationship with Morales during Latin America’s “pink tide” of the 2000s, and they professed their unwavering support. On Monday, the foreign minister of Mexico, which is led by a leftist president, Andrés Manuel López Obrador, said that Morales had accepted an offer of asylum.

“To see Evo Morales who, along with a powerful movement, has brought so much social progress forced from office by the military is appalling,” Corbyn said.

But the right-leaning governments in the region applauded his fall from power, describing it as the will of Bolivian people. The United States voiced hope that Morales’ resignation would lead to new free and fair elections.

What’s next, and who is Jeanine Añez?

Morales’ resignation has left the country leaderless and in a constitutional crisis. One by one, many of the officials in the line of succession — those who could legally form a caretaker government — have resigned.

The challenge has fallen to Jeanine Añez, an opposition politician and the Senate minority leader, who promised to swiftly call new elections and restore stability. She appeared on television Monday morning, sobbing as she described the chaos of the night before.

“Bolivia doesn’t deserve this, all these deaths and destruction,” she said, before promising a quick transition “that is absolutely necessary to return to a democracy.”

The Congress had planned to meet Monday to accept the president’s resignation and swear in Añez’s caretaker government, but the session was canceled, and no new date has been set. It is unclear whether Añez would get the necessary approval to lead from the national assembly, which is controlled by Morales’ supporters.

To approve the caretakers, Congress needs to have a quorum, which is only possible if a session is attended by some of the lawmakers from Morales’ party, Movement to Socialism. Many of them have already resigned.

In the scramble to cobble together a civilian government, fears rose of increased violence by looters or Morales’ supporters. The army on Monday afternoon deployed to the streets in some cities — an action that itself raised concerns, reminding many Bolivians of the region’s history of military dictatorships. 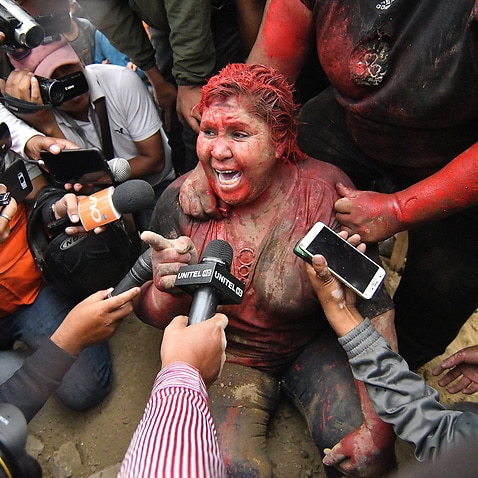 Bolivian protesters cut off mayor’s hair, cover her in red paint during violence 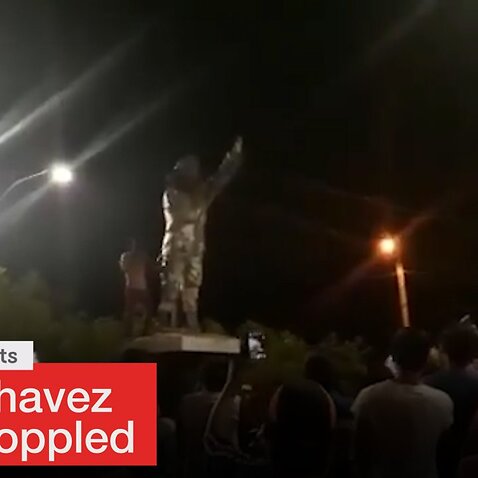 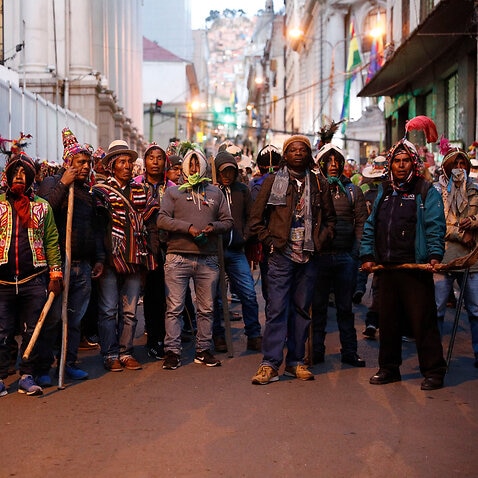