As UK Prime Minister Boris Johnson's Brexit deadline fast approaches, Dateline investigates how one of the country’s smaller agricultural industries has risen to the top of the pro-Brexit campaign.

Just one week before the UK’s June 2016 Brexit referendum, a flotilla of 30 fishing boats made its way up the Thames towards Parliament House in support of leaving the EU.

Led by pro-Brexit group Fishing for Leave, they had a message that has since become a much-repeated slogan for Brexit: leaving the European Union would provide a boost so strong to the nation’s fisheries that the entire UK would feel the benefits.

Three years later, that message has only become stronger as Brexit negotiations continue.

“We have a fantastic opportunity now to take back control of our fisheries, and that is exactly we will do. We will be an independent costal state once again“ @BorisJohnson #StandUp4Brexit #BorisBritain #PMQs pic.twitter.com/SL5KNZenLd

“We have a fantastic opportunity now to take back control of our fisheries and that is exactly what we will do – we will become an independent coastal state again,” Prime Minister Boris Johnson recently said in Parliament.

“We will take back our fisheries and we will boost that extraordinary industry.”

So how did an industry that only makes up 0.12 per cent of Britain’s GDP become one of the strongest symbols for Brexit?

Hopes for a shrinking industry

Brixham based skipper Gerald Podschies was one of those fishermen protesting on the Thames that day.

He has been fishing since 1976 and is so convinced of the benefits Brexit could provide to the industry, he penned a now-viral open letter to his local MP.

Along with Fishing for Leave, Mr Podschies claims a successful withdrawal from the EU could double the value of Britain’s fish caught to £2 billion ($3.5 billion AUD) per annum.

“Then, if we talk about the actual knock-on effect in the processing, the extra jobs created, and the extra value put on, it would take us to about four billion,” he told Dateline.

“We’ve basically got a very valuable resource here, we’ve got an abundant fishery if it’s managed properly, and that’s what we are fighting for.”

Mr Podschies has been in the industry for 43 years. He says he has witnessed the demise of many local fisheries as more international fleets have begun to share Britain’s waters. Brixham skipper Gerald Podschies has been a fishermen for 43 years and says he has witnessed the industry's decline.
Facebook

“Right from the very start when we went into the EEC, our quotas were given out to other member states, and countries that had never traditionally fished our waters like the Spanish were suddenly appearing,” he said.

“I haven’t got many years left in this job, so I’m not doing it for my own benefit. But my son’s out there on the deck now gutting fish, and I just want the best for him and the rest of the young guys who are coming up through the ranks, as well.”

While Fishing for Leave’s message has been met with widespread support from Britain’s fishing community, experts say promises of a £4 billion industry are simply unachievable.

Marine ecologist and fisheries biologist Dr Bryce Stewart from the University of York told Dateline the movement comes from a place of deep nostalgia for Britain’s marine past.

Journalism so #Remain bias its nonsence

How are they going to replace all this?!

UK cod imports are frm Norway OUTSIDE the EU & they don't struggle to exporthttps://t.co/mAF251fHiA

“You’re nowhere more than about 60 miles from the sea if you’re in the UK, there’s a long maritime history that’s played a big part in developing its culture, fish and chips is the national dish, and people go down to the coast for their holidays,” he said.

“Fishing for Leave’s estimates are not remotely realistic, to be honest. They’re basically saying they think the size of the British catch will double, but there are all sorts of reasons why this won’t happen.”

Dr Stewart said fishermen often blame Europe for the industry’s decline, which had actually commenced well before Britain joined the European Economic Community, which was eventually incorporated by the EU. 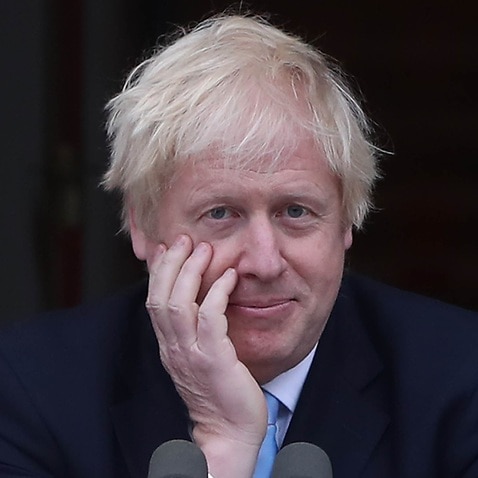 Brexit: Boris Johnson’s election bid was voted down, so what next?

“The British used to fish all over the North Atlantic Ocean in the 60s and 70s and they were making millions, but as the rules changed, countries started bringing in their economic exclusion zones, which pushed those boats out,” he said.

“Completely coincidentally, I guess, that’s also the time when the European Union was coming into being, and subsequently the Common Fisheries Policy … so while most of the decline happened before that, people in their nostalgia sort of mixed the two things together.”

While the fishing community has become one of Brexit’s staunchest supporters, Dr Stewart and his colleagues believe fishermen could actually become some of the biggest casualties of a no-deal Brexit.

If tariff-free, paper-free trading ceases to exist between the UK and its European neighbours, it could place immense strain on the nation’s fisheries.

“We have a situation in the UK where we export what we catch and we import what we eat, because there’s a lot of fish around here the British public don’t want to eat, and the cod and haddock they want in their fish and chips isn’t so common around the UK anymore,” Dr Stewart said.

“So, if there’s a no-deal, or if the British Government pushes too hard, many of the European countries say they will make trade very difficult.” Pro-Brexit fishermen got right up to Parliament House just days before the Brexit referendum in support of leaving the EU.
AAP

In the case of a no-deal Brexit, the UK will most likely switch to tariffs set by the World Trade Organisation, which range depending on the product.

But Dr Stewart says it is the “non-tariff barriers” like delays and extra paperwork that are particularly concerning for the fishing industry.

“I’ve heard some people say there’ll be six different forms that need to be filled out, and each one of those needs to be approved by hygiene officers and veterinary officers,” he said.

“So if you have delays like that, suddenly you’re not able to get your prawns on the ferry that night, you’ll miss that ferry, you’ll maybe get it on the next morning, but you’ll have missed the morning market, so your whole catch is delayed by 24 hours.

“And, if it is alive, which a lot of it is, it may then be dead or at least not as fresh as it was, so you’re potentially losing quite a lot of value on your catch – if not all of it.” 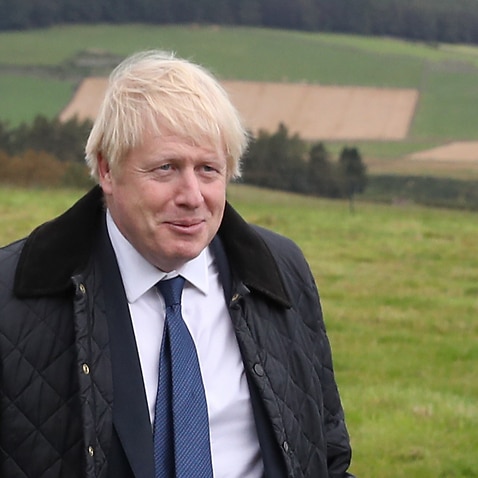 Despite repeated warnings that Brexit may not deliver the benefits it expects, Fishing for Leave shows no sign of slowing its campaign.

Fishermen like Mr Podschies remain confident the trading setbacks Brexit may cause will be worth it in the long run.

“Although there would be a period when things are difficult – we might have to face tariffs and delays – I’m sure that things would work out in the long run,” he said.