The South Sudanese conflict is complex, but dialogue between warring parties and the right kind of international intervention would be a step towards resolving it.

South Sudan has faced significant challenges since civil war broke out in December 2013. The violence was triggered by disagreements between President Salva Kiir and former Vice President Riek Machar. Since then conflict has become widespread and has flared in previously peaceful regions. Atrocities are taking on an increasingly ethnic nature.

With the very limited implementation of the 2015 peace agreement the acute humanitarian, security, and economic crises plaguing the country continue to worsen.

Resolving the current situation is extremely complex. But there are some conflict and post-conflict measures that are known to work which could guide South Sudan’s exit from fragility.

First, without a ceasefire, addressing the crisis and rebuilding South Sudan will not be possible. The United Nations, the African Union, the Inter-Governmental Authority on Development and other regional partners have all once again called for an immediate cessation of hostilities.

But for a ceasefire to be feasible, a sufficiently inclusive and credible agreement is needed to break the cycle of conflict. Achieving this will be no small feat in South Sudan.

Second, peace can likely only be reached in conjunction with the implementation of national dialogue. The government launched a national dialogue in December 2016 but the nature of both the forum and the process remains unclear. This will be crucial for forging consensus. The issues that need a common understanding include national identity, the constitution and a transitional government that is representative of the country’s diversity.

To be effective, the national dialogue will need to be inclusive and impartial, possibly led by the South Sudan Council of Churches which is seen as impartial and has a community-level reach and focus.

Third, aid and peacekeeping support is vital. South Sudan is unlikely to recover without considerable donor funding and aid can promote economic recovery. But good faith commitment to reforms will be needed for donors to make assistance available.

Peacekeeping interventions are also needed. When they are multidimensional they have been shown to have a 13% greater chance of success than observer missions. And having a peace agreement in place raises the probability of maintaining peace by 12%. As Paul Collier has shown in his book, Wars, Guns and Votes: Democracy in Dangerous Places, the ratio of peacekeeping benefits to costs, over a ten year period, has been estimated at around four to one.

Lastly, the risk factors at the heart of South Sudan’s vulnerability to conflict need to be addressed. Chief among them are security and economic threats.

On the security front, the biggest risks include the fact that the country has a sizeable military force and that there are numerous militia groups. Added to this is a proliferation of weapons.

Reforming the security sector will be an important component of maintaining peace once it is achieved. And the size of the army will need to be drastically reduced to cut costly military expenditure.

To achieve this, demobilisation and reintegration programmes for ex-combatants will be vital, and will take significant time and resources. The lack of alternative employment options, particularly for low-skilled people, will complicate these efforts.

More broadly, the proliferation of light weapons among the civilian population also needs to be addressed. Disarmament efforts should be extended to informal militia groups and regular citizens. A degree of security, or credible guarantees of international assistance in enforcing peace, will be a prerequisite for the surrender of weapons.

The reformed military force must be representative of South Sudan’s demographics. Recruitment in the army and other security organs should be based on merit, capacity and diversity. Soldiers should undertake continued training to international standards.

Such reforms should lead to the establishment of a comprehensive national security architecture that streamlines the mandates and functions of various security actors.

Overcoming these challenges will require economic recovery and diversification, both of which take time. This can, however, be achieved in a generation. In the short term, increasing transparency in the extractive sector could reduce the risk of conflict.

The government budget presented in December 2016 made an effort to lower the fiscal deficit. Among other things, it seeks to reduce the size of the civil service and rationalise direct and indirect subsidies. Other economic reforms should include:

Ultimately, however, economic recovery is unlikely without peace. 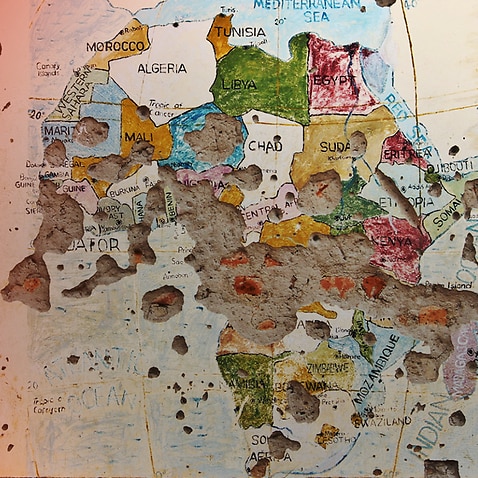 There’s no association between ethnic diversity and conflict risk; indeed, diversity appears to be a strength. But where attempts at ethnic dominance have been an issue, it’s important that minority rights are entrenched in the constitution. Where necessary this should be accompanied by assurances of protection provided by the international community to bolster trust.

South Sudan has a huge challenge ahead to achieve and maintain peace. The national dialogue holds great potential if it’s done in an inclusive and impartial way.

Given the incidence of ethnic-based violence truth, justice and reconciliation programmes will likely be needed at community level. This should be planned for in the eventuality of peace as it would enable the people of South Sudan to address what has happened and get some resolution.

External assistance, in the form of aid and peacekeeping, is needed for South Sudan to exit fragility.