COVID-19 has disrupted the education of millions of students around the world. In the US state of Florida, schools are trying to keep kids safe while battling a Delta surge and political backlash over masking students in class.

Watch Back To School With Delta on SBS On Demand.

When American schools reopened in August after a year of on-and-off home-schooling, it reignited the debate around whether students should be made to wear masks.

What started as a response to the pandemic public health crisis morphed into a heated argument about personal liberty and parental rights.

Health experts continued to advocate for every line of defence to suppress the highly contagious Delta variant of Covid-19, including all the familiar proven strategies - mask wearing, vaccination, social distancing and regular hand washing.

But as the stoush over masking became hyper-politicised, important health messaging was drowned out.

The southern state of Florida, led by Republican Governor Ron DeSantis, has led the push-back against mandates and lockdowns. And his supporters have been emboldened.

“I haven't worn a mask through this whole thing. I haven't worn it,” says Florida father-of-three Tayari Appiah, as he sits with his children in a park in the north central town of Gainesville. 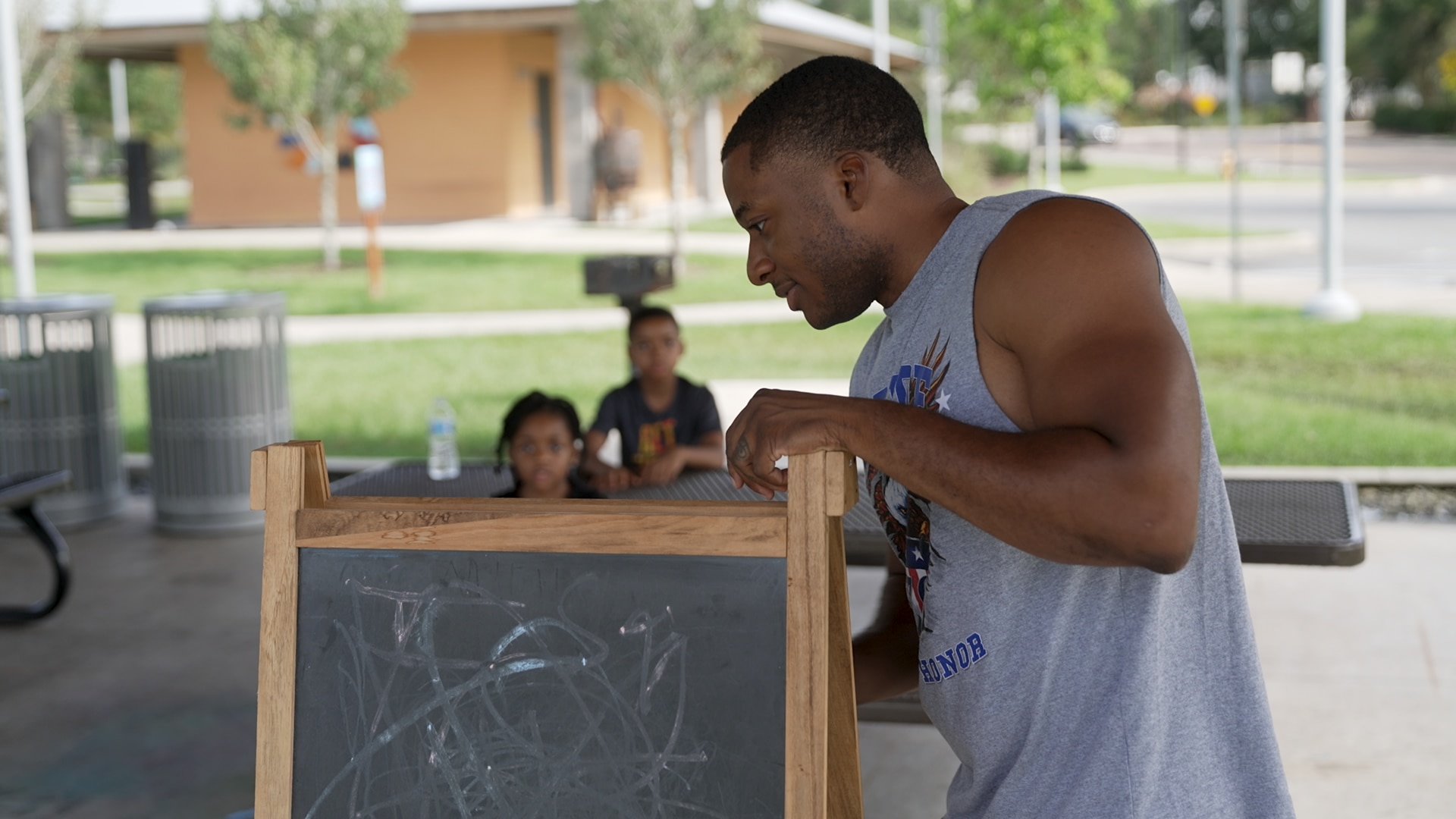 Tayari Appiah pulled his kids out of school, rather than have them wear a mask.
SBS Dateline.

It’s a weekday and while the rest of Florida’s students have returned to classroom learning, Mr Appiah's kids have not. “I started home-schooling my children, I think about it's been a month or two months,” says Mr Appiah.

“When I tried to take my daughter to school, they wanted to force her to wear a mask, but I told them not to do that. And they still wanted to pressure her and put a mask on her,” he says.

“I was livid and I think it was a violation of the law.”

Gainesville is somewhat of an outlier in Florida. When most of the state said no to mask and vaccine mandates, this small town, which hosts several major hospitals and a strong medical community, went the other way.

The board that oversees schools in Gainesville followed the advice of local health experts and made masks mandatory on school grounds for the first eight weeks of the new school year.

Anger amongst Republicans mounted and the governor intervened. Mr DeSantis tried to ban mask mandates and stripped funding from any school boards defying his edict, starting in Gainesville. The board which oversees schools in Gainesville followed the advice of local health experts and made masks mandatory on school grounds.
SBS Dateline.

The controversy went all the way to the White House. President Joe Biden pledged support and replacement funding for school boards adamant on masking students.

Mr DeSantis also introduced a controversial legal safeguard called the Parents Bill of Rights in June, which sought to take the decision over masks away from schools and give it back to parents.

“So at that point I realised that I'm probably going to have to pull my kids out of school.”

As the Delta variant of Covid-19 spreads, anti-mask parents recite what’s become a common catch cry: “We do not co-parent with the government”.

Mother-of-three Michelle Childers has led the pushback against masking in Gainesville and launched the local chapter of a pro-choice - not to be confused with pro-abortion - group called Moms for Liberty. 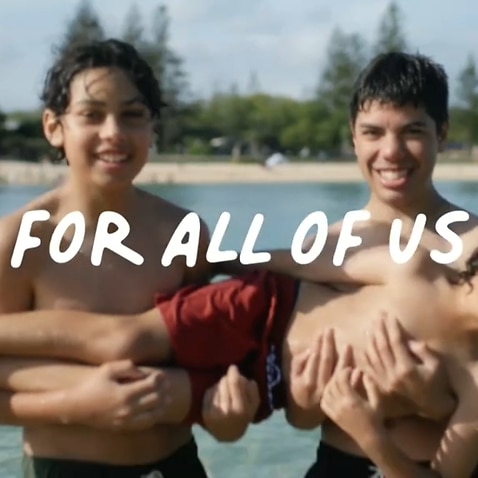 “We believe there should be limitations on how much government can intrude into a private citizen’s life,” said Mrs Childers.

“The line that we want to draw here is taking a stand against government intrusion. So we knew that if we gave in with the masks, it would move on to vaccines.”

Mrs Childers helps run a local legal firm with her husband, lawyer Jeff Childers. She has been active in the Florida legal system, seeking to oppose mask rulings.

Though there are signs Covid-19 infection rates are plateauing in America, the disease has now claimed more than 720,000 lives in the US and more than 1,000 people are still dying every day.

In Florida, with only 59 per cent of the population above 12 years of age fully vaccinated, the medical community has consistently argued masks and vaccines are the best lines of defence. 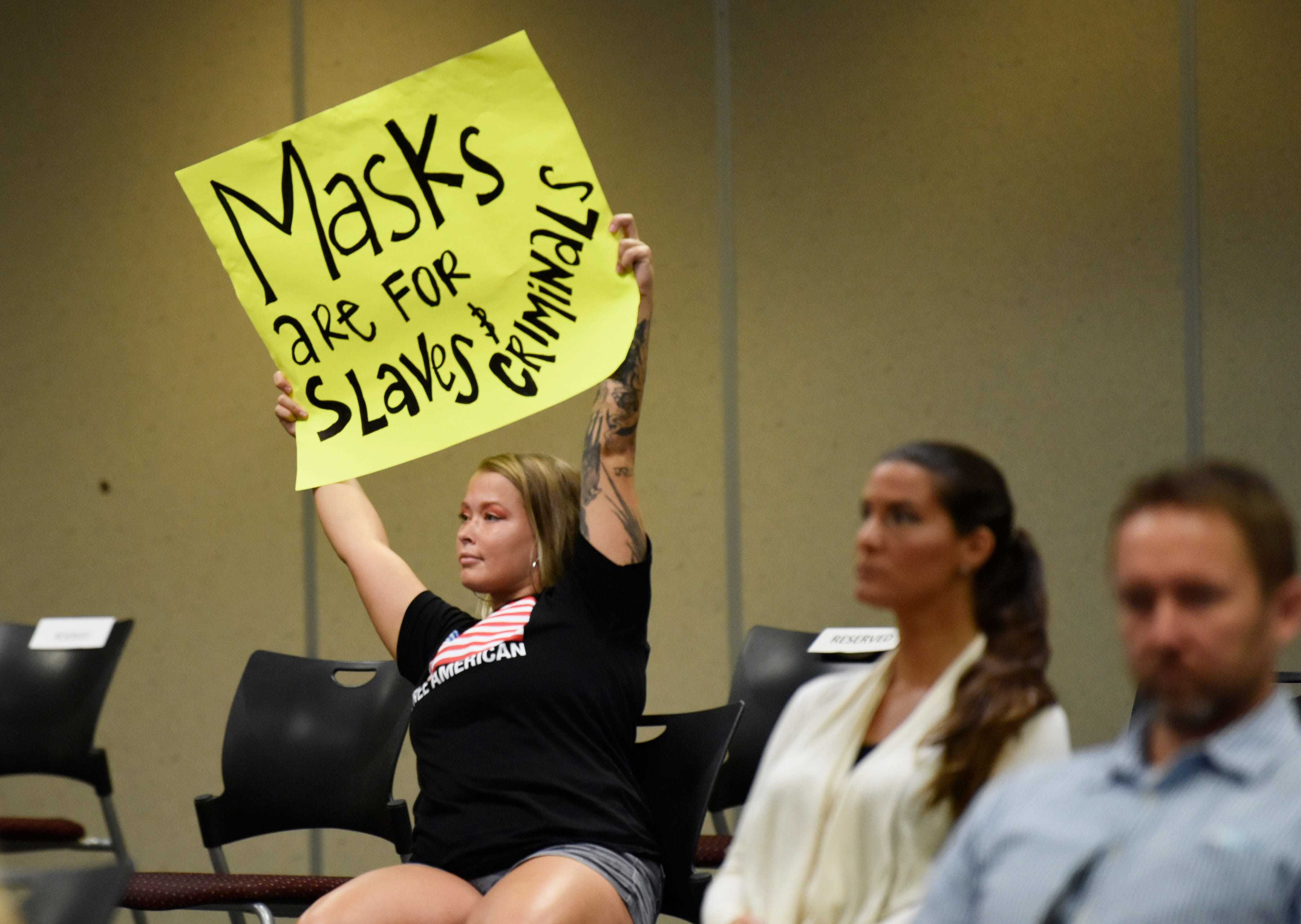 A special meeting of the Brevard County School Board in Florida regarding the mask mandate in public schools.
USA Today Network/Sipa USA

“It has divided our county, which is unfortunate because we've been a really small college town, local communities, has been a great place to raise kids. It's very family friendly. And it seems to have been divided down party lines. It's become very political, unfortunately,” Mrs Childers said.

But, according to the US Centers for Disease Control and Prevention, and the American Academy of Pediatrics, the science and data are settled and have strongly advised mask wearing in schools.

Kate Cole is a leading occupational hygienist and mask expert, who sits on the Infection Prevention and Control Panel for Australia’s Covid-19 Clinical Evidence Taskforce.

She says the evidence is clear - mask wearing in schools reduces the transmissibility of the highly contagious Delta variant.

“I think it's really just disappointing when you have a known public health measure that is crucial to preventing transmission becoming politicised,” she says.

“And I think we, as parents, owe it to our children to step back and really just take some time to listen to the scientific experts, read the science, understand it.”

Ms Cole says the best evidence for masks comes from their use in schools during the pandemic. She says in American schools where masks weren’t used, a Covid-19 outbreak was more than three times more likely to occur. 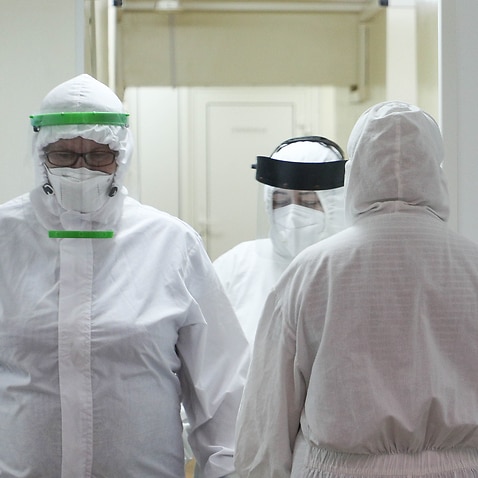 “There's lots of places that we can look at to see what's going well, and what's not. The first would be San Francisco, where they had over 90 per cent of kids aged above 12 fully vaccinated, they had children aged above two wearing masks in schools, they had ventilation audits and they brought in high efficiency particulate air (HEPA) grade purifiers where inadequate ventilation was identified.

"And despite still having high community transmission of COVID-19, they had incredibly small instances of in-school transmission.

“In contrast, you look at the UK where within only a couple of weeks of reopening schools, where they didn't have high vaccination rates or the use of masks, 8 per cent of kids were absent with confirmed or suspected COVID-19.

Ms Cole says failure to adopt masks in schools, whether in the US or elsewhere, could carry broad implications for how students are educated as the pandemic continues to unfold.

“Long-term our children want to go back to school. Our teachers want to have the kids back at school. Parents want them to be at school,” she says.

“But we need to find safe ways for them to do that in the long-term. And if we don't get behind mask wearing, I fear we are going to be straight back to where we are right now in the not-too-distant future.”