Razia was born in Soviet-occupied Afghanistan, grew up under the Mujahideen, and came of age under the Taliban. Today, she lives in Australia. This is her story.

As kids, we all slept in the basement. It was the only room in the house that was bulletproof.

Later in life, I learned that most kids are scared of the basement. But we loved it. The world outside was chaos, but this little storage room was a treasure trove of family heirlooms for us kids to explore. And when we got tired, we would fall asleep in Grandma’s arms as she told us bedtime stories.

But there were times when we could not shield ourselves from the horror of the world around us. One night, just as we were about to go to bed, we heard a scream. Then a thud. The next morning we found out that a girl had jumped off the 5th floor because a group of fighters had broken into her house to kidnap her.

I will never forget the sound of her body hitting the concrete floor.

In 1994, when I was eight years old, a ceasefire was announced. It was the holy month of Ramadan and a rare sunny day in the midst of a bitter winter. Dad ventured outside to chop firewood, mum was doing the laundry, and I went to help my sister pump water from a communal pump.

That’s when the first bomb went off.

Smoke was rising from where our house was. We knew not to run towards an explosion – secondary bombs at the site of the explosion can kill those who rush in – but when the people you love may have been injured, you are pulled in by a force beyond self-control. Amid the chaos more bombs went off and all of us were injured.

When the dust settled, we found our father’s lifeless body.

When my sister and I were discharged from hospital, Grandma, Mum, and us six kids all under the age of 12, crammed into the back of a truck and escaped to Pakistan where two of my mum’s sisters lived with their families.

We donned head scarves to blend in and we made ourselves small to fit into an already full house. And for a few months, it worked.

But then it all came unstuck again. My nine-month-old baby sister got sick and didn’t receive the medical attention she needed. We lost her.

You wouldn’t dare break the rules.

For the next couple of years we moved between Pakistan and Afghanistan. And in 1996, the Taliban came to power.

With the barbaric Mujahideen gone, the streets of Afghanistan were quiet. But as women living under the Taliban, we were prisoners. You wouldn’t get killed by rocket fire when you went outside – but we weren’t allowed outside without being covered from head to toe and chaperoned by a male guardian.

Because we were a household without a man, we relied on male relatives to come to our house and take us grocery shopping. Some weeks, if they didn’t show up, we would go hungry.

You wouldn’t dare break the rules. I saw the Taliban catch a woman with a man who wasn’t related to her. They accused her of adultery and whipped here right there in the street. People came out from the shops to gander at the spectacle. It was awful. The Taliban held the Quran under his arm while he whipped her. This was so he didn’t whip her with too much force – people can die from public whippings – and if the Quran falls to the ground, that is sacrilegious.

In 1996, Mum re-married. The man she married lived in Australia and he applied to sponsor us all to live with him.

That sponsorship process was six years in the making. And when we did finally get word that our visas had been approved, we were given one week to pack up our lives and move to the other side of the world.

We crash-landed at my stepdad’s tiny apartment in Perth. Compared to how we lived in Pakistan, it was much better, but it wasn’t quite what we were expecting… we thought the West was what we saw in Hollywood movies we used to watch at my aunt’s house in Pakistan!

Men in the street felt entitled to rub themselves against you, pull at your headscarf and say obscene things.

In 2009, I went back to visit Afghanistan. The country was still a mess. When the Taliban were removed, the restrictions on women to cover themselves in public were relaxed – but the society didn’t change overnight. If you weren’t covered head to toe, men in the street felt entitled to rub themselves against you, pull at your headscarf and say obscene things. Most Afghan women deny that it’s a problem. I think they dismiss it because they feel powerless to change it.

But I came of age in Australia. So, one day, when my uncle’s wife and I were at the market and a man slid his hand up my skirt, I turned around and punched him in the face. He fell to the ground and I kicked him. People actually came out from the shops and cheered me on!

Looking back, I need to laugh about experiences like that. I don’t want to let men traumatise me. And I’m here now. I’m one of the lucky ones. And I will be forever grateful for that.

I’m here now. I’m one of the lucky ones.

But I’m not in an impenetrable fortress. When I’m watching the news, anything to do with conflict triggers memories that rattle me. I hear the word ‘terrorism’ and I’m instantly transported back to Afghanistan.

My early days at university were really hard. I broke down in tears in more than one history class. And when I cried, I told my story to my lecturers and they cried. I think for some of them it was their first time confronting the lived-experience of Afghanistan's history, not just what’s written about it. But studying history and journalism has been a healing process, it has been my way of owning my story.

More from 'I Was There 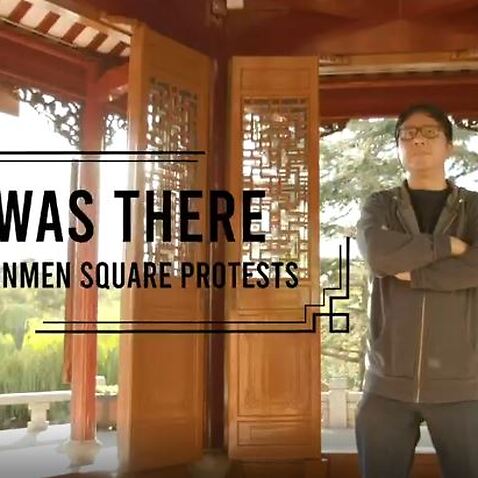 I Was There: Tiananmen Square Protests