Baha’is are the most persecuted religious minority in Iran, according to the United Nations.

Australia’s Baha’i community is urgently trying to raise the alarm as members of the religious minority are targeted by an escalating hate speech campaign stemming from Iran.

A growing international movement - including academics, politicians, advocates and celebrities - is now trying to raise awareness of the online attacks targeting Baha’is.

Kylie Moore-Gilbert, an academic who recently returned to Australia after she was imprisoned in Iran on false spying charges, said the persecution of Baha’i had to stop.

“Stop imprisoning people simply because they are Baha’i, stop confiscating their assets, stop promoting hate speech and propaganda against this peaceful religious community,” she said.

“Stop the discrimination, and stop the propaganda against the Baha’i people of Iran,” he said.

Australian Baha'i spokesman Mehrzad Mumtahan outside the Bahai temple in Sydney prior to the coronavirus pandemic.
SBS

There are some 350,000 Baha’is in Iran, making it the country’s largest non-Muslim religious minority, according to the United Nations.

A United Nations report in 2019 said Baha’is in Iran had suffered the “most egregious forms of repression, persecution and victimisation”, while estimating at least 200 followers had been executed for their religious beliefs since the Iranian revolution in 1979.

Australian Baha’i spokesman Mehrzad Mumtahan said there had been a recent escalation in the amount of anti-Baha’i propaganda being spread online.

“Spreading falsehoods has been a central weapon in the Iranian government’s assault against Baha’is since the 1979 Islamic Revolution,” said Mr Mumtahan, who fled Iran as a teenager after facing religious persecution.

“In recent months, we have seen a growing amount of hate speech and propaganda.”

“Coordinated networks of hundreds of websites, Instagram accounts, Telegram channels and Clubhouse rooms are operating from Iran, all with the aim of demonizing the Baha’is as part of an effort to generate public hatred for the community and justify crimes against them,” he said.

Examples of the material includes false claims that Baha’is are spies for hostile foreign governments, proclamations that Baha’is are “unclean” and should be shunned, fake images showing the desecration of sacred Baha’i sites, and doctored images associating Baha’is with witchcraft.

@KMooreGilbert your sense of humanity is deeply appreciated as you call on #HumanRightsfor #Bahais #Iran in this video statement- #StopHatePropaganda https://t.co/BvbWNpPkFM

Australia’s Baha’i community is fearful the rise in online hate speech and propaganda will incite targeted acts of violence.

Asked about the rise in hate speech targeting Baha’is, Iran’s embassy in Canberra dismissed what it described as “fabricated claims”.

In a statement, the embassy said the Organisation of Islamic Cooperation, which represents some 49 Muslim-majority nations, had “rejected Baha'ism as a faith”.

Dateline was unable to verify this.

The Iranian embassy confirmed Iran does not recognise Bahai’s as an official religious minority, but said the civil rights of Baha’is were “fully respected”.

Examples of anti-Baha’i discrimination include restrictions on access to higher education, arbitrary arrests and detention, excluding Baha’is from government jobs, and pressuring other private sector companies to not hire Baha’is.

“For four decades, the Islamic Republic has routinely harassed, prosecuted, and imprisoned Baha’is solely for practicing their faith,” Human Rights Watch wrote in 2019. 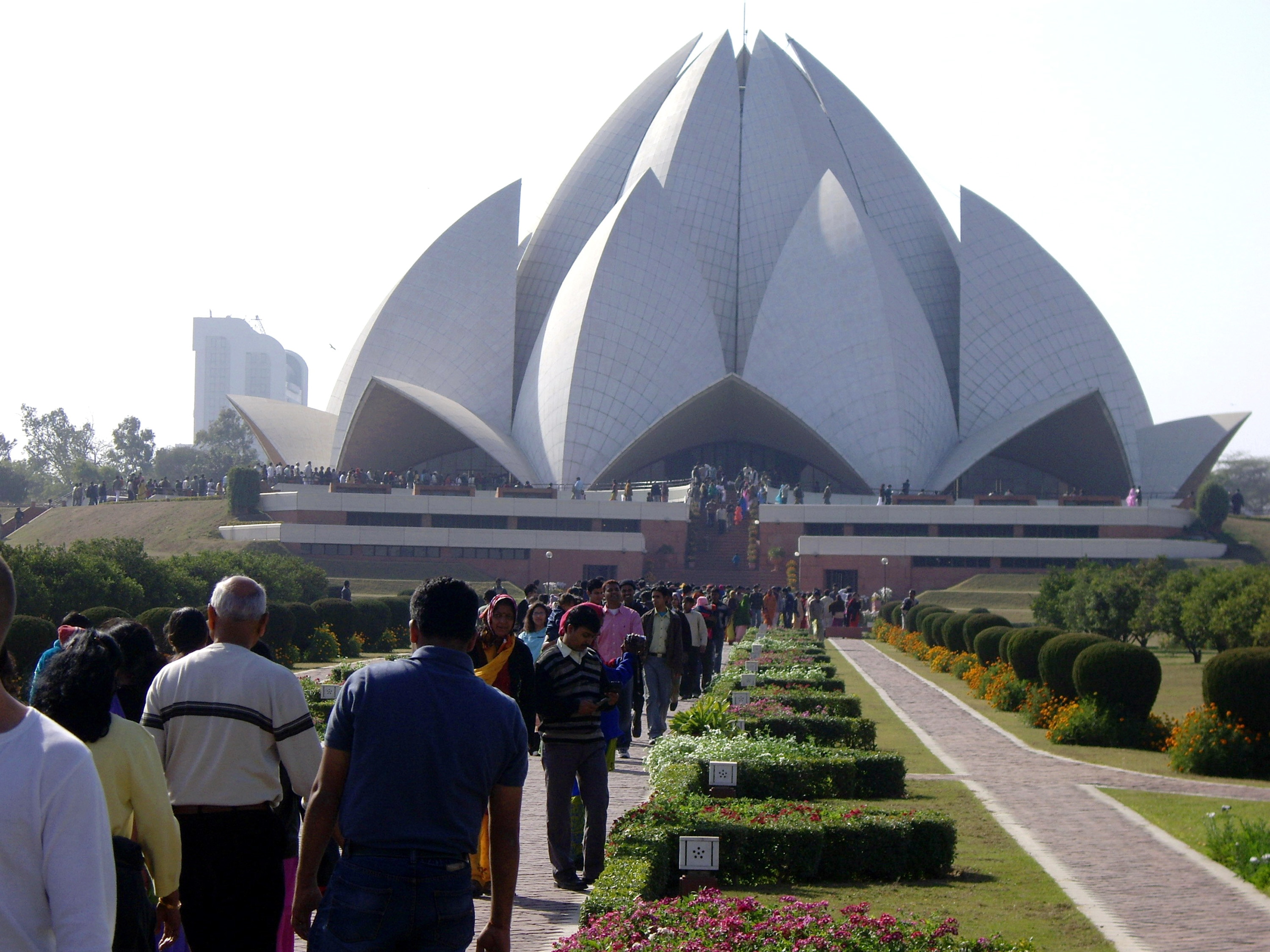 The Baha'i Lotus Temple in Delhi in pre-pandemic times. It is estimated there are some six million Baha'is worldwide.
AAP

A report from the US State Department found Iran’s Baha’is faced “societal discrimination and harassment, while employers experienced social pressure to not hire Baha’is”.

Leaked minutes from a confidential meeting in September 2020 appeared to show Iranian government officials discussing how to “rigorously control the movements of the subversive Baha’i sect”.

The Baha'i religion was founded in Iran in the mid-19th Century. It is estimated there are six million Baha’i followers worldwide, including as many as 20,000 in Australia.

Baha’is follow principles such as equality between women and men, universal education, and the harmony of religion and science.

The religion “recognises the shared divine origins of all the major world religions”.

A growing number of prominent Australians, including Dr Moore-Gilbert and Mr Foster, are putting their weight behind an international effort to raise awareness of anti-Baha’i hate speech.

History shows that flagrant violations of #HumanRights often take place in a climate of #HateSpeech and disinformation. #StopHatePropaganda against the #Bahai 's in #Iran https://t.co/7qVFlSiY4q

“Don’t let history repeat itself. Stop hate propaganda against the Bahá’ís. In place of hate, let there be respect, compassion, and love,” Dr McInerney said.

“From all quarters of society, we are seeing public expressions of concern towards this issue, signalling to Iranian authorities that the injustices perpetrated against the Baha’is in Iran must stop,” she said.

US Commission on International Religious Freedom chair Nadine Maenza said she was “dismayed” by the situation in Iran.

“Iran must guarantee Bahá’ís and other religious minorities in Iran freedom of religion or belief,” she said.