Myanmar’s anti-coup death toll has increased to over 400. Myanmar international students studying in Australia, and those stuck in Myanmar due to COVID-19 border closures, fear for their lives and the safety of their family.

Jen* never thought she would be describing the possibility of her death if she returned to her country.

She has been studying in Australia for five years, with dreams of becoming a lawyer and returning home to teach people in her country.

“I really want to study law, because in our country, there is no value for the law, because it is made by the military and they can modify it,” she explained.

“I want to get a better education, so I decided to come to Australia to study law.”

The 25-year-old left Myanmar shortly before a semblance of democracy was established after five decades of military rule. On February 1 this year, that changed. Myanmar’s military arrested the ruling party National League for Democracy, Aung San Suu Kyi, and the government was overthrown.

“[Because] of this situation, I cannot fulfil my dreams.”

More than 400 people have been killed in anti-military protests since February. Images show military and police opening fire on protesters. The youngest known victim was just 13.

The violence comes after years of human rights abuses against Rohingya muslims, and other ethnic minorities, in the country.

“I never expected that these people would do such inhumane acts.” Myanmar's military has been accused of opening fire on peaceful protesters.
Dateline/Nick Mooney

On the weekend, UN officials denounced the “systematic” attacks on peaceful demonstrators in Myanmar and said the international community has a responsibility to protect the people from the violence.

The Australian government has called on Myanmar’s security forces to cease the violent response to protests.

“The use of lethal force or violence against civilians exercising their right to assembly is unacceptable,” said foreign minister Marise Payne in March.

Jen, along with other international students from Myanmar, have been protesting and petitioning in cities across Australia. In Melbourne, where Jen lives, she has made placards, and held candle light vigils and small rallies in an attempt to amplify the situation in their home country.

Jen believes her participation in the pro-democracy movement from afar, as well as receiving higher education from a foreign country, makes her a target.

“The military always made sure that the education system was never developed.”

“[The military] want to isolate Myanmar people from the world...they don’t want any development because they want to have total control and power over the country.

“I’m a type of person that they really don’t want in the country at all.”

Jen fears that she would be detained, tortured, and even killed if she returned to Myanmar.

“Not only me, any international student.”

As of February 28 2021, there were 1680 Australian student visa holders from Myanmar. Lin*, like Jen, fears going home. Her visa expires in August.

“There are so many students like me, whose visas are expiring very soon, and they don’t want to go back.”

The National President of the Council of International Students Belle Lim is urging the government to be compassionate about the circumstances facing students from Myanmar.

“Australia has a duty of care for international students that choose to come to this country for their education,” she said.

“And if Australia wants to maintain his leadership in the Asia Pacific region, Australia needs to step up in its humanitarian efforts.”

The Department of Home Affairs told SBS Dateline in a statement that any existing temporary visa holder who wishes to remain in Australia, can do-so lawfully provided they are eligible to apply for an extension.

An individual can be granted permanent protection provided they are also able to fulfil the relevant visa criteria.

“However, each case is assessed on its individual merits and Protection visa decisions are not based on broad assumptions about the safety in particular countries,” a spokesperson told SBS Dateline.

In parliament on Tuesday, Labor MP Peter Khalil argued for a visa amnesty for Myanmar students in Australia, in the style of the Hawke government’s amnesty for Chinese students after the Tiananmen Square massacre in 1989.
The Greens senator Janet Rice has written to Australia’s foreign affairs minister, Marise Payne, also asking that Myanmar citizens in Australia be granted protection.

In the meantime, as well as fearing for her family’s safety, Lin is struggling to pay her tuition for her Master of Business Administration.

Like most international students, she relies on her family's financial support to pay the thousands of dollars in university fees, as well as living costs. Student visas restrict working hours to 20 per week.

She explains that international bank transfers from Myanmar are not working at the moment due to the civil disobedience movement, which has disrupted the banking sector in the country.

Lin manages to pay some of her costs but does not know if she can meet the next university payment deadline.

“If we can’t pay our tuition fees, our visa will expire and we will definitely have to go back to our country.”

Like Jen, Lin has participated in pro-democracy protests in Australia and believes she will be detained or killed if she returns.

But the pair are committed to continue to fight for democracy, even from afar.

“It seems like I have no worries, but each and every day when I wake up, the thing I don’t want to see is my relatives being arrested or my friends being arrested, their businesses being burned down. I am really concerned for their safety.” Myanmar international students in Australia say they will continue to fight for democracy.
Dateline/Nick Mooney

In Myanmar, student visa holders unable to travel to Australia are trying to continue their studies amidst a coup.

Margo* is living in Myanmar, studying at a Melbourne university online. When she got her student visa last year, the COVID-19 border closures prevented her from travelling to Australia to begin her Master in business.

When her semester began at the beginning of 2021, Margo understood that she may have to wait to arrive in the country.

“I had no issue learning online.”

Since February her situation has changed dramatically.

The military has limited access to the internet, banning websites that Margo says she needs for study. The situation is so untenable, she has dropped a subject that required an online exam.

“On one day, I couldn’t access google,” she said.

“It sometimes takes me three minutes to load one web page.”

Margo is using a virtual private network (VPN) which allows her to bypass government restrictions. However, the military is working to outlaw VPNs. She has even purchased an international sim-card to access the 4G network, which has also been blocked by the military.

“For group assignments, I have to work in a team, I ask them to please bear with me if they cannot reach me.”

Margo spends most of her time indoors with her young child and husband. The streets are so dangerous, she can hear gunshots. She stays away from her windows, fearing that stray rubber bullets may strike and kill her son.

The only time she ventures outside is for food and money. With the banking situation in Myanmar worsening, ATM lines are long and machines are frequently running out of money.

“All my savings are stuck in the bank. I cannot withdraw.”

With her circumstances changing, and studying online becoming untenable, Margo has applied for a travel exemption to Australia. She has assured the government that she can cover all quarantine and living costs, assisted by her sister who lives in the country.

This week, she received her third rejection.

Margo said she may have to study in another country, where COVID-19 border restrictions are less stringent.

The Council of International Students has contacted the Department of Home Affairs about student visa holders who are in Myanmar and unable to travel to Australia.

“They have encouraged students to apply for the current travel exemption if they fit the eligibility criteria. However, the criteria is very, very strict,” National President Belle Lim said.

“The majority of students are excluded. So we really hope the Department of Home Affairs will reevaluate and offer more support for students that are in distress.”

Department of Home Affairs told SBS Dateline in a statement exemptions to Australia's travel restrictions "are not taken lightly" and the government's priority is to protect the Australian community against the COVID-19 pandemic.

"Each case is unique and is considered individually based on the information and supporting evidence provided," a spokesperson for the department said.

Meanwhile, thousands are still taking to the streets of Myanmar to protest the coup, with the death toll increasing daily.

Jen and Lin watch-on from Australia, fearful for the safety of their family and the future of their country.

“The main reason why we want to make our voice heard is because lots of people in our country have [sacrificed] their life for democracy and for basic rights,” Jen said. 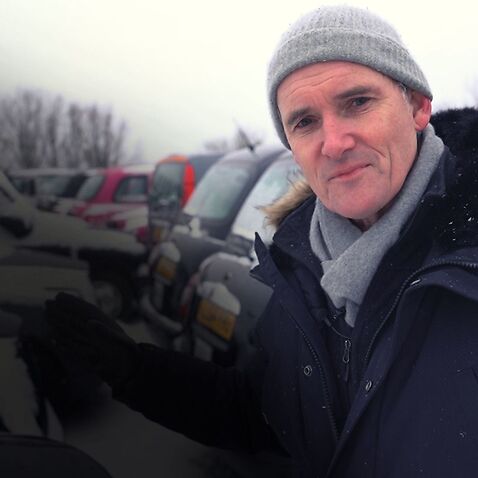 The People vs. Agent Orange