Find out how to cook the molokhia shown in Amos Roberts' story, Refugee Roulette. Syrian Muhammad Ismail prepares it as his mum guides him through the traditional recipe on the phone.

Molokhia is the name of a plant (a kind of mallow), as well as the legendary dish made from the leaves of the plant.  When boiled, they usually create a glutinous broth, a little like okra.

In Egypt, where the name molokhia originates (it was a staple in Ancient Egypt), it’s often considered the national dish, but it’s also beloved throughout the Levant, as well as North Africa.

It usually consists of a soup/sauce made with the molokhia leaves, flavoured with lots of fried garlic and coriander and served with chicken (or any kind of meat or even seafood) and rice, along with something sharp like onions marinated in vinegar or pickles.

In Syria and Lebanon, the dish is prepared in a way that avoids the sauce becoming glutinous.

Molokhia leaves, frozen and dried, are available at many Middle Eastern grocery stores and supermarkets.

1. Soak dried molokhia in lukewarm water for about half an hour until soft and add a few drops of lemon juice.

3. Put chicken breasts in saucepan and just cover with water adding salt, the onion, half a lemon, bay leaves, cardamom pods and leave on very low heat until cooked through.

4. Drain the molokhia leaves, squeezing all the water out of them – tear them into smaller pieces.

5. Crush the garlic with coriander and ½ tsp salt – fry in ghee/butter until fragrant and golden (but not brown) – then add the drained molokhia and continue to fry for 3-4 minutes on medium heat.

6. Add chicken stock (from cooking the chicken breasts) until it covers the molokhia. Add mixed spice and chilli and shredded chicken breast. Cook for approximately one hour until molokhia is soft and well-cooked.

7. Serve with steamed rice and lots of fresh lemon juice and Arabic bread. 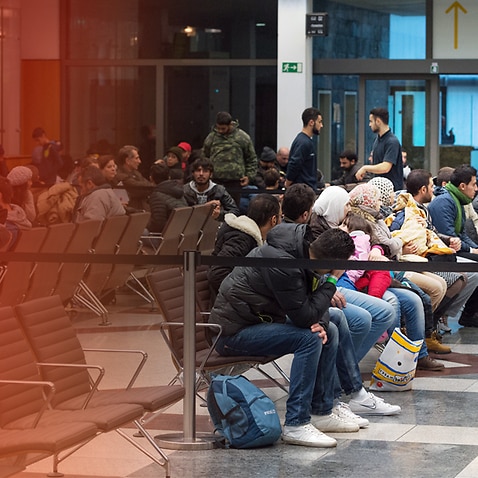