Dementia affects more than 425,000 Australians. It is the second-ranked cause of death overall, and the leading cause in women. However, there are lifestyle changes that can reduce our dementia risk.

Above: Watch the emotional story of Greg Kelly’s struggle with early onset dementia via SBS On Demand.

An ageing population is leading to a growing number of people living with dementia.

Dementia is an umbrella term for a group of symptoms including memory impairment, confusion, and loss of ability to carry out everyday activities.

Alzheimer’s disease is the most common form of dementia, and causes a progressive decline in brain health.

The main risk factor for dementia is older age. Around 30 per cent of people aged over 85 live with dementia. Genetic influences also play a role in the onset of the disease, but these are stronger for rarer types of dementia such as early-onset Alzheimer’s disease.

Although we can’t change our age or genetic profile, there are nevertheless several lifestyle changes we can make that will reduce our dementia risk.

Education is an important determinant of dementia risk. Having less than ten years of formal education can increase the chances of developing dementia. People who don’t complete any secondary school have the greatest risk.

The good news is that we can still strengthen our brain at any age, through workplace achievement and leisure activities such as reading newspapers, playing card games, or learning a new language or skill. 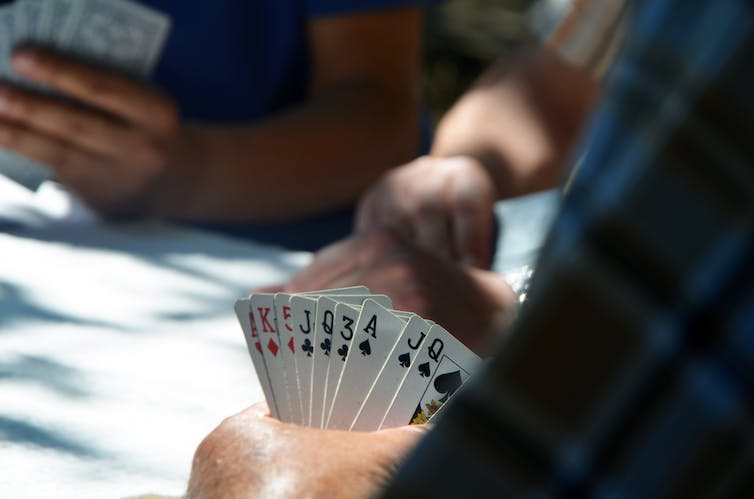 Even playing cards can strengthen your brain.

The evidence suggests that group-based training for memory and problem-solving strategies could improve long-term cognitive function. Engaging in mentally stimulating activities in a social setting may also contribute to the success of cognitive training.

More frequent social contact (such as visiting friends and relatives or talking on the phone) has been linked to lower risk of dementia, while loneliness may increase it.

Greater involvement in group or community activities is associated with a lower risk. Interestingly, size of friendship group appears less relevant than having regular contact with others.

There is a strong link between heart and brain health. High blood pressure and obesity, particularly during mid-life, increase the risk of dementia. Combined, these conditions may contribute to more than 12 per cent of dementia cases.

In an analysis of data from more than 40,000 people, those who had type 2 diabetes were up to twice as likely to develop dementia as healthy people.

Managing or reversing these conditions through the use of medication and/or diet and exercise is crucial to reducing dementia risk. 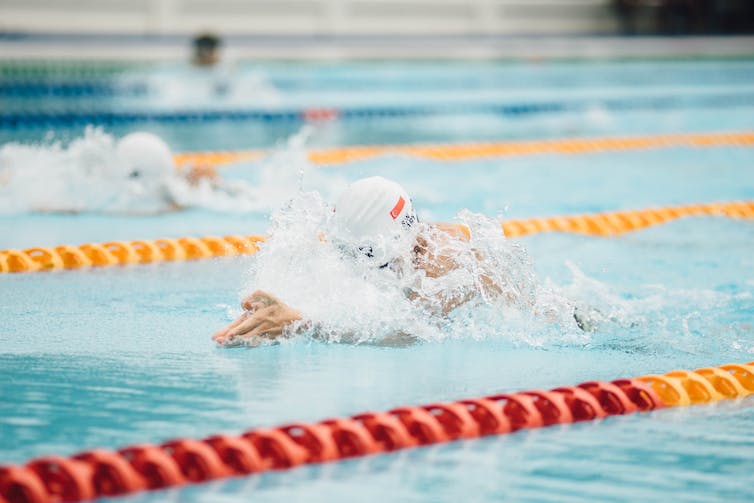 Precisely how much exercise is enough to maintain cognition is still under debate. But a recent review of studies looking at the effects of taking exercise for a minimum of four weeks suggested that sessions should last at least 45 minutes and be of moderate to high intensity. This means huffing and puffing and finding it difficult to maintain a conversation.

Australians generally don’t meet the target of 150 minutes of physical activity per week.

Cigarette smoking is harmful to heart health, and the chemicals found in cigarettes trigger inflammation and vascular changes in the brain. They can also trigger oxidative stress, in which chemicals called free radicals can cause damage to our cells. These processes may contribute to the development of dementia.

The good news is that smoking rates in Australia have dropped from 28 per cent to 16 per cent since 2001.

As dementia risk is higher in current smokers compared with past smokers and non-smokers, this provides yet another incentive to quit once and for all.

Around one million Australian adults are currently living with depression. In depression, some changes occur in the brain that may affect dementia risk. High levels of the stress hormone cortisol have been linked to shrinkage of brain regions that are important for memory. 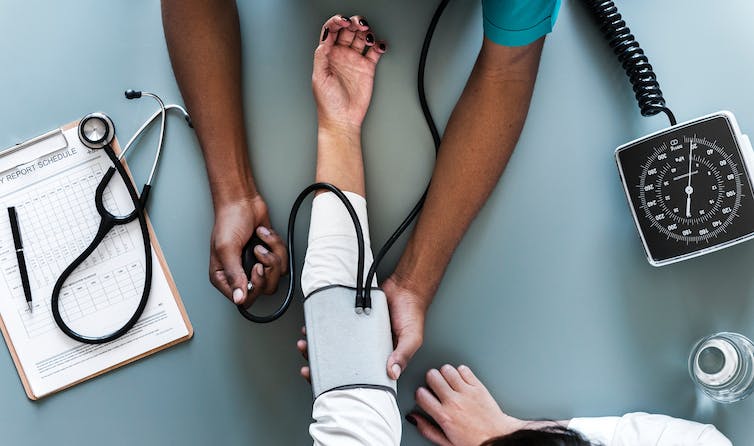 Vascular disease, which causes damage to blood vessels, has also been observed in both depression and dementia. Researchers suggests that long-term oxidative stress and inflammation may also contribute to both conditions.

A 28-year study of more than 10,000 people found that dementia risk was only increased in those who had depression in the ten years before diagnosis. One possibility is that late-life depression can reflect an early symptom of dementia.

Other studies have shown that having depression before the age of 60 still increases dementia risk, so seeking treatment for depression is encouraged.

Other things to consider

Reducing dementia risk factors doesn’t guarantee that you will never develop dementia. But it does mean that, at a population level, fewer people will be affected. Recent estimates suggest that up to 35 per cent of all dementia cases may be due to the risk factors outlined above.

This figure also includes management of hearing loss, although the evidence for this is less well established.

The contribution of sleep disturbances and diet to dementia risk are emerging as important, and will likely receive more consideration as the evidence base grows.

Even though dementia may be seen as an older person’s disease, harmful processes can occur in the brain for several decades before dementia appears. This means that now is the best time to take action to reduce your risk.