Millions of locusts are making their way across large parts of Africa in the worst outbreak some places have seen in 70 years.

The United Nation's Food and Agriculture Organisation has described the situation as “extremely alarming,” representing an “unprecedented threat to food security and livelihoods in the Horn of Africa.”

The plagues are affecting Kenya, Ethiopia and Somalia, but authorities say locust problems are developing along both sides of the Red Sea, in Oman and Southern Iran.

The locusts can cover up to 150 kilometers in a single day. According to the UN, they are now heading toward Uganda and South Sudan, where almost half the country faces hunger as it emerges from civil war. Uganda has not had such an outbreak since the 1960s and is already on alert. 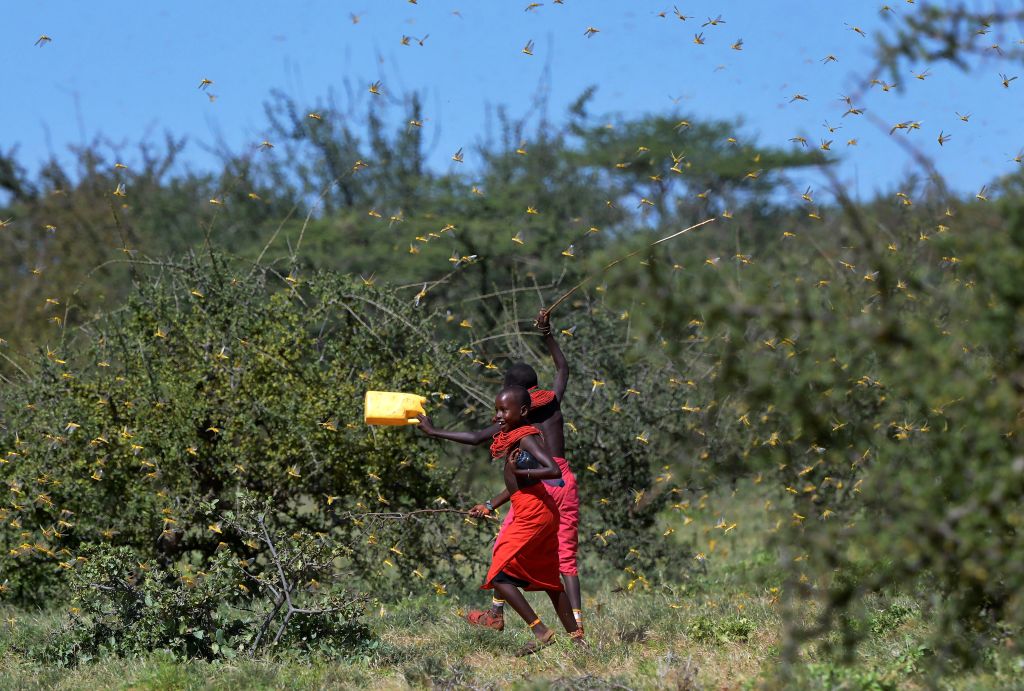 The outbreak of desert locusts is significant and extremely dangerous, warned the United Nations Food and Agriculture Organisation.
AFP

The UN's Food and Agriculture Organization (FAO) estimated one swarm in Kenya at around 2,400 square kilometres - an area larger than London.

An adult locust can consume roughly its own weight in fresh food per day, that’s about two grams every day. One swarm can have between 40 and 80 million locusts, consuming up to 192 million kilograms of vegetation each day. Locusts aggregate on the ground at Lerata village in Kenya.
AFP

Climate Prediction and Applications Centre (ICPAC) expert Guleid Artan told a press conference in Nairobi last week that the magnitude of the plagues could lead to "a major food security problem.”

Mr Artan said the invasion had come after a year of extremes which included eight cyclones off East Africa, the most in a single year since 1976. A swarm of locusts aggregates on the Kenya.
AFP

This was due to a warmer western Indian Ocean, a climate condition known as the Indian Ocean Dipole which has conversely led to severe drought in Australia that is experiencing its own extremes: bushfires, hail and dust storms.

"We know East Africa is one of the most vulnerable to climate change. We know this region will see more extremes," he said.

The FOA said air and ground control operations are being carried out, including aerial spraying of pesticides on farms, in an attempt to control the outbreak.

When rains arrive in March and bring new vegetation across much of the region, the numbers of the fast-breeding locusts could grow 500 times before drier weather in June curbs their spread, the United Nations says.

The impact has been significant on the East African nations which have been suffering with drought and famine.

Ethiopian farmer Ahmed Ibrahim told the Associated Press the locusts were eating his field of khat - the mildly narcotic leaf that is his family's main source of income.

"We have nothing else to sell at the market. How will I feed my eight children?" he said. Swarms of locusts are spreading across East Africa and the Middle East.
FOA

Save the Children’s Regional Director for East and Southern Africa, Ian Vale, said in a statement that their staff in Kenya are battling swarms so thick they can barely see through them.

“The impact on crops and pastureland will be severe. We are very concerned that this will place vulnerable children even closer to the brink of starvation,” he said.

“The erratic weather of 2019 and the decade prior has already severely eroded the capacity of families to bounce back from unexpected crises.” 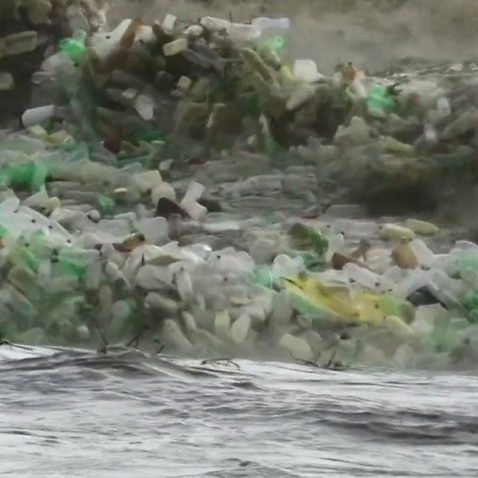 Tons of plastic waste surges through waves in South Africa