Sweden has taken an approach no one else is willing to test in the face of COVID-19, and the rate of death from the virus is more than twice as high as its Scandinavian neighbours. But could their approach be working? And how many lives could be spared in the process?

When asked whether he was fearful of Covid-19, Swedish photographer and gastronomy magazine owner Per-Anders Jörgensen paused for a moment.

“I am much more afraid of Trump than corona[virus],” he joked before clarifying. “I am cautious, I am taking care and I am trying to protect myself and others… So why should I [be]?”

Per-Anders lives with his wife and business partner in the city of Malmö, in Southern Sweden, just a thirty minute drive across the Öresund Bridge to Denmark’s capital city, Copenhagen.

The two cities are so close, Per-Anders says, that the Malmö is known as “the Brooklyn of Copenhagen”.

But while just across the bridge, the two Nordic countries, who are often closely tied in culture and ideology, have reacted very differently to the coronavirus pandemic. People chat and drink outside a bar in Stockholm, Sweden amid the coronavirus pandemic.
AAP

On 11th March, Denmark was the second European country - only after Italy - to send the nation into lockdown, closing borders, schools and non-essential shops before they had even recorded any deaths from the virus.

Norway followed suit the day after.

But in Sweden, people are still free to go to bars, restaurants, gyms and cafes. Students under the age of sixteen continue to go to school everyday and people are asked not to gather in groups more than 50.

Professor Peter Nilsson, an epidemiologist and medical historian at Lund University, calls it “a flexible restrictive strategy” based on the notion that “Swedes should behave in a decent, adult way, to respect each other and abide by these fundamental precautions - social distancing, protecting the old and frail and staying home if you have got symptoms.”

Per-Anders says he is lucky - aside from being stuck in “Brooklyn” without access to his regular food producers and restaurants, life is not so different.

“The main difference to us is travelling,” he says (of which they normally do a lot), “but it’s not about us, it’s about other people. You have to think about the other people, to protect other people - that is the big issue here now”

“Every person in Sweden needs to take individual responsibility,” he urges, “if everyone takes responsibility, we can keep the spread of the virus in check.”

Peter Nilsson understands some people would call it naivety, “but there is a basic trust in Swedish society - that we should trust each other, we should trust the authorities and experts know what they are talking about”

Currently, this trust is predominantly placed on a man named 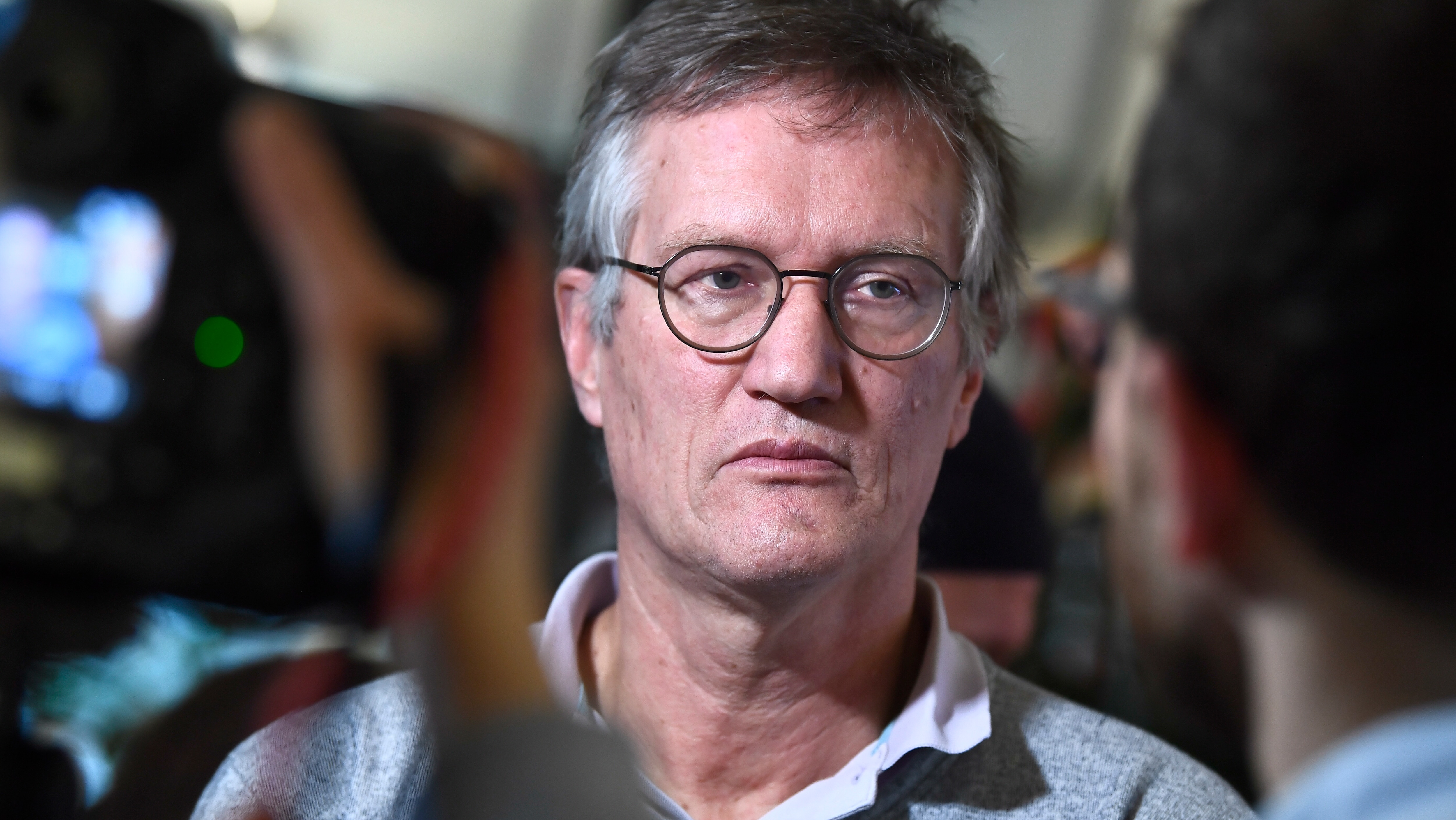 Sweden epidemiologist Anders Tegnell of the Public Health Agency of Sweden talks to journalists during a daily news conference on the coronavirus situation.
AAP
who, as Per-Anders says, has somewhat become a “national hero”.

He is the chief epidemiologist of the Swedish Public Health Agency andthe architect of Sweden’s controversial strategy.

Tegnell has been granted a unique level of authority in a political system where elected leaders are expected to take direction from national authorities.

Consistent polling suggests a majority of Swedes believe he is doing a good job and the largest of the ‘We support Anders Tegnell’ pages on Facebook boasts over eighty thousand members… and counting.

Tegnell is front and centre of the Swedish daily press conference, unaccompanied by the Prime Minister, and maintains the message that Sweden’s approach is more “sustainable” than the lockdown measures sweeping across Europe.

"Locking people up at home won't work in the longer term," he tells the press. "Sooner or later people are going to go out anyway."

And as the world watches on at Sweden’s outlier approach, Per-Anders says there is a sense of pride in the country’s ability to change the game.

“I find it very exciting in a way. We do things differently.” Rikard Englbom and his family in Sweden.
Supplied

While at the end of March, Sweden did not seem so far ahead of its neighbouring nordic countries, the situation one month later is quite different.

Sweden is the largest country of the Scandinavian block but even when you adjust for population size, the death rate per 100 thousand people in Sweden (17.33) is over two and a half times more than that of neighbouring Denmark (6.38).

At the same time, confidence is not what it used to be.

A YouGov poll from March 29 showed just 31 percent of Swedes were ‘very’ or ‘somewhat’ scared they would contract COVID-19.

But like the overall death toll, by April 12 that number had shot up to 53 per cent.

Despite this week claiming the majority of Stockholm could be immune to the virus by May, Tegnell consistently denies “herd immunity” is the official strategy.

But, as Peter Nilsson points out, “the consequence of this strategy could well be herd immunity”.

Chief physician and senior professor at Linköping University, Johnny Ludvigsson, is less discreet with his opinion of this tactic, despite countries like the UK and the Netherlands quickly abandoning it upon the realisation their health authorities would not cope.

“I don’t understand why people think that herd immunity is something negative. What sort of immunity do they expect? Do they wait for the vaccine immunity?” He asks rhetorically.

It seems this rising number of fatalities does not mark failure in the government's blueprint.

“The measures taken by the Government and government agencies to reduce the pace of the virus’s spread need to be weighed against their effects on society and public health in general,” a statement from the Prime Minister’s office reads. 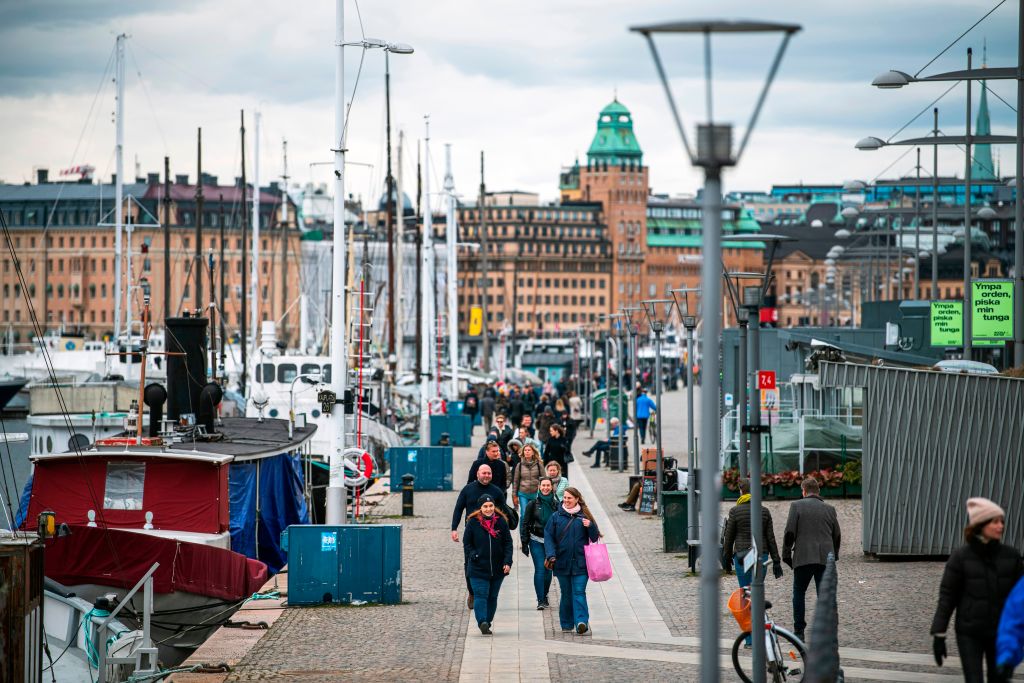 Peter Nilsson explains, “just to show the very low deaths now, without taking into consideration the long term consequences [of a lockdown],” is naive, he says, “the financial breakdown could kill and hurt many more people.”

He stresses not only can economic breakdown lead to devastating psychological effects but that people are less likely to seek treatment for morbidities such as cancer and cardiovascular disease.

“You have to look upon the total result. In the coming years, how many will die at younger ages from other causes - caused by the crisis, not necessarily the COVID-19?”.

As a man in his seventies himself, Ludvigsson starkly points out the coronavirus is a disease that mostly affects the elderly.

“Of course there is pity and sorrow when somebody aged 80 dies, who could have perhaps lived for another 5 years but ... still one has to see that in proportion because for the absolute majority of the population, this virus is not dangerous”.

The Swedish government recommends anyone over the age of seventy to self-isolate and Ludvigsson says he and his wife take that advice seriously.

“It's my duty to not take risks,” he stresses, “so that I do not take a place in an intensive care unit… from someone who would need it who is only 59”.

Someone... like 58 year old Rikard Englbom, who is not so on board with the gamble.

‘Some sort of experiment’

“I feel like we are part of some sort of experiment,” says Englbom, who lives in a small village on the Swedish west coast with his wife and three youngest children.

“When we see our neighbour countries - basically all over the world - taking a completely different strategy, it doesn't help with the worry of ‘are we really doing the right thing here?’”.

The business owner and father-of-four suffers from a blood-thinning disease and high blood pressure, which puts him in the ‘at-risk’ category. He also cares for his 89 year old mother who has just finished cancer treatment.

When the Swedish government was still allowing ski trips to Northern Italy in early March, Englbom decided he couldn’t run the risk.

“‘I will go and quarantine myself, you continue to live your life, go to school,’” he offered his family, “but they didn’t want that”.

At the beginning of March, Englbom and his wife made the decision to take their three children - aged 10,14 and 16 - out of school, effectively breaking the law.

“They are still researching what really goes on in your body when you get it and I think in such a period of time, maybe it is more common sense to be very careful until you know more about what enemy you are facing”.

A number of experts in Sweden feel this way too.

Last week, 22 of Sweden’s top independent scientists and health professionals published a letter in the national newspaper Dagens Nyheter (DN) calling for the national approach to be changed “radically and quickly”.

It reprimanded the government for standing by idly, while Tegnell and his team led the country with no “well-thought-out, well-functioning strategy for Swedish infection prevention”. 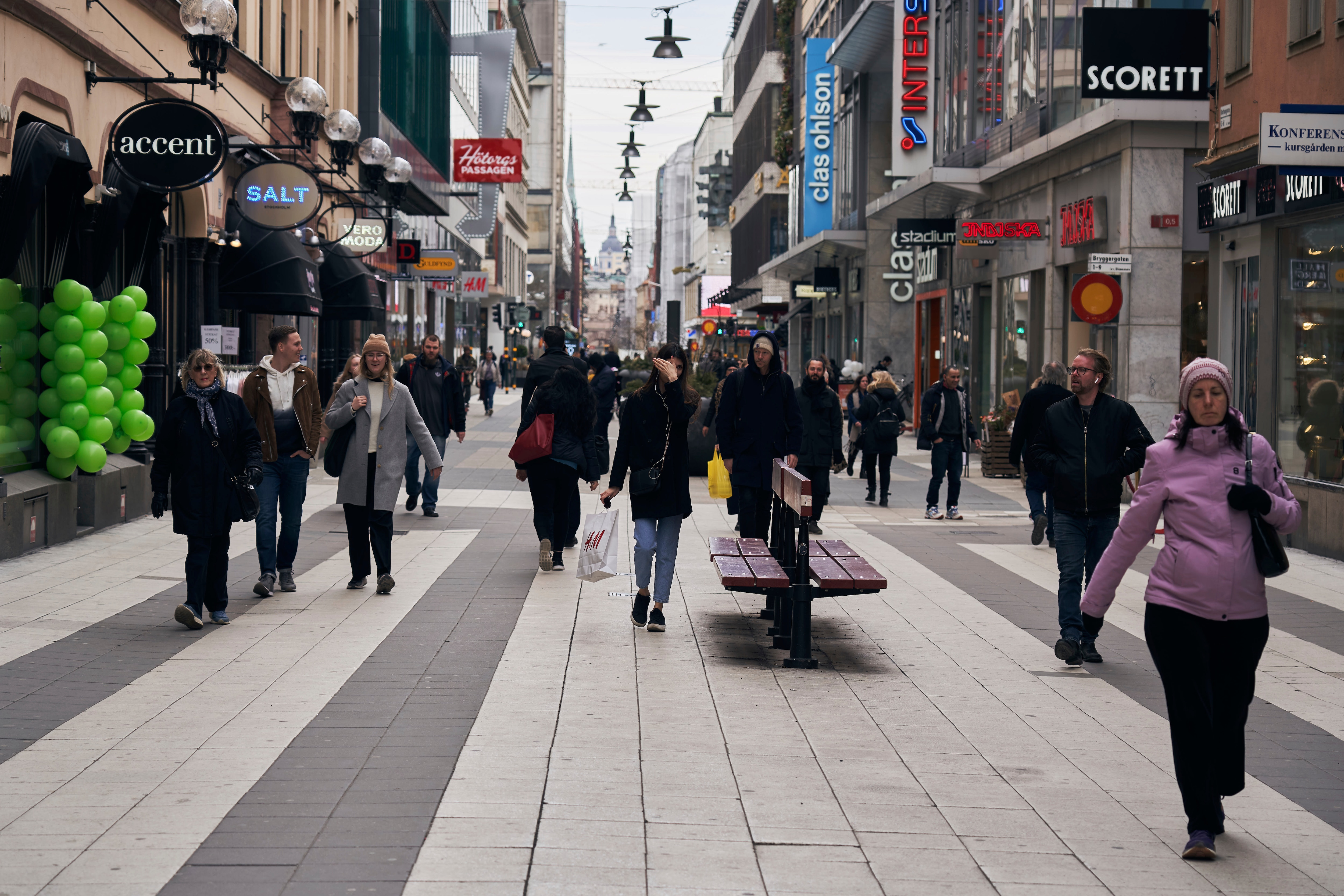 People walk along the main pedestrian shopping street in Stockholm, Sweden, Wednesday, March 25, 2020. The streets of Stockholm are quiet but not deserted.
AAP

One of the signatories to that letter is mathematician Associate Professor Marcus Carlsson who says when it comes to logic, the Swedish authorities continue to take the riskier path.

“When there is uncertainty, there is the cautiousness principle ... which is if you don't know if you have A or B, you take the one which is less risky for the population. And they seem to do the opposite”.

Carlsson repeatedly points to Tegnell’s reluctance to accept that COVID-19 may be spread by pre- or asymptomatic people, despite World Health Organisation suggestions.

“There is a possibility that asymptomatics might be contagious, and some recent studies indicate that. But the amount of spread is probably fairly small compared to people who show symptoms,” Tegnell recently told Nature.

“It doesn’t cost him anything to say ‘we don’t know, so if you want to be sure, you should keep your distance,’” urges Carlsson. “It’s not like closing a factory or something. His scientific principles are more important than my grandmother's life”.

Only time will tell

Since 17th April the number of new deaths per day has begun to decrease in Sweden and Anders Tegnell claims the ‘responsibility’ method is working.

“The way we have made social distancing work, with voluntary measures, has been quite effective and maybe just as effective as many countries who have done it by legal tools,” he told his daily press conference.

Many are skeptical to assume that means Sweden is over it’s peak but Marcus Carlsson admits if it is the case, then no one has lost.

“This is not a prestige war,” he says. “the Swedish path was risky but if it turns out not that bad in the end, then we are all happy”.

As Rikard Englbom deflects criticism from his children’s school and his own family, he worries the school authorities may turn up to put his decision before the law.

He appreciates this is in the best interest of his children but finds it contradictory that it should not be his decision how best to protect his children.

“We are quite free when it comes to our personal movement in society. But when it comes to the school,” he laughs, “then it’s like that’s impossible. You cannot keep your kids from school. That freedom you cannot have.”

And while a controversial strategy may divide the nation, there is one thing everyone seems to agree on.

“We don’t know for sure,” confesses Peter Nilsson.

“Of course nobody can say who is right,” admits Johnny Ludvigsson.

“I am very interested [to see] in 2 years time - when we are doing the bookkeeping - who did the right thing,” awaits Per-Anders Jörgensen.

“You never know,” Rikard Englbom concedes. “Maybe I do overreact … but my gut feeling is that I am doing the right thing and I think that is what it cooks down to in the end: do we want to take a bungee jump or not”?