A clothing giant has pulled a shirt from its US line after it became associated with a far-right group.

British apparel brand Fred Perry has announced it will no longer be selling one of its iconic shirts in the US over its association with the far-right group, Proud Boys.

The group is a neo-fascist men-only organisation that believes Western culture, especially white men, are under threat.

Founded in 2016 by Vice Media co-founder Gavin McInnes in the lead-up to Donald Trump’s election as president, the group say they are speaking up for a new class of minority: the disenfranchised young male.

In 2018 the FBI classified the organisation as an “extremist group” and it has been designated as a hate group by the Southern Poverty Law Centre.

McInnes has denied the group's ties to white-supremacy and violence, even suing SPLC over the designation.

The group have adopted the shirt, as well as its laurel wreath logo, in recent years.

Fred Perry has issued a detailed statement on its website, in which it made clear that it is not in any way affiliated with the neo-fascist organisation. 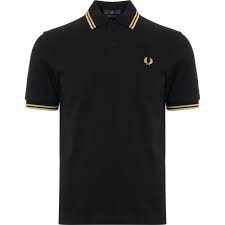 Fred Perry believes this polo has been appropriate by the Proud Boys.
Fred Perry

"Despite its lineage, we have seen that the Black/Yellow/Yellow twin tipped shirt is taking on a new and very different meaning in North America as a result of its association with the Proud Boys. That association is something we must do our best to end," the brand said in its statement.

“To be absolutely clear, if you see any Proud Boys materials or products featuring our Laurel Wreath or any Black/Yellow/Yellow related items, they have absolutely nothing to do with us, and we are working with our lawyers to pursue any unlawful use of our brand.”

You can read the full statement here. Gavin McInnes has denied the group's ties to white-supremacy and violence.
Supplied

The brand distanced first distanced itself from the Proud Boys in 2017.

“Fred was the son of a working class socialist MP who became a world tennis champion at a time when tennis was an elitist sport. He started a business with a Jewish businessman from Eastern Europe. It’s a shame we even have to answer questions like this. No, we don’t support the ideals or the group that you speak of. It is counter to our beliefs and the people we work with,” said John Flynn, the 2017 Fred Perry Chairman.

On the weekend, the Proud Boys organised a pro-Trump rally in Portland with the Oregon state government Kate Brown declaring a state emergency in anticipation of the event. Far fewer people than anticipated attended the rally. 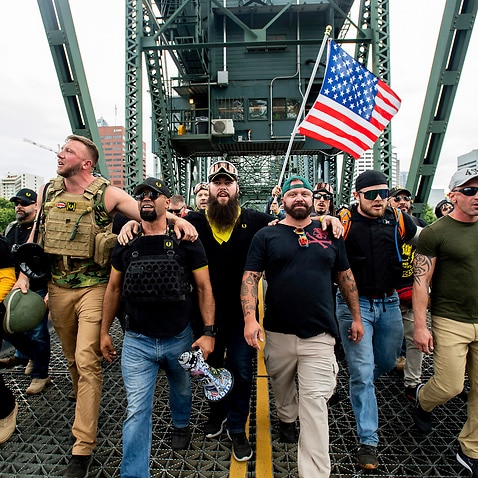 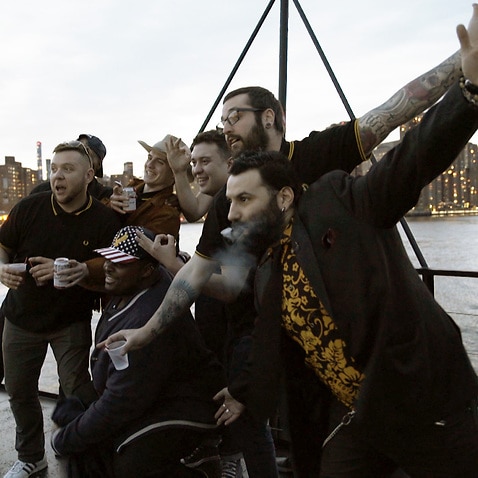 Meet the Proud Boys, a group of men who say there’s a war on masculinity 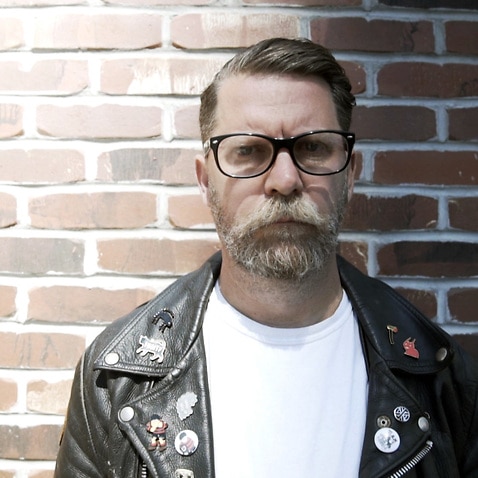 Dateline Shorts: Who are the Proud Boys?