Life in a country where there are no prisons, barely any traffic lights and it’s either always light or always dark.

We recently visited the Faroe Islands for our film Love in a Strange Land, which looks at how waves of immigration to the country from Asia have created a new multicultural society, and the relationship of these trends to online dating.

While there we found a unique and beautiful country – with many idiosyncrasies and quirks.

The Faroe Islands is a self-governing country within the Kingdom of Denmark. Like Iceland and Greenland, it was originally a Viking territory and then a property of the Kingdom of Norway, but was handed over to Denmark as part of a treaty agreement in 1814. Denmark maintained authority over the islands until 1948, when the country became self-governing.

It is a rugged archipelago of 18 islands situated roughly half way between Norway and Ireland and is populated by around 50,000 people – almost half living on Streymoy, the largest island and home to the capital Tórshavn. Nowhere in the Faroe Islands are you more than 5 kilometres from water.
SBS Dateline

The country’s cold climate and sparsely populated landscape is a sprawl of green and blue – and a constant clash of land and sea. The Faroese coastline is more than 1,100 kilometres long, and every location on the islands is within 5 kilometres of the ocean.

The downpour is constant and the climate is extreme. It rains up to 300 days of the year, and is regularly foggy. In summer it is often light for almost 20 hours each day, while in the middle of winter daylight only lasts for five to six hours each day. It’s extremely rocky and hilly, with 340 mountains across the 18 islands. Women swimming at a beach in the Faroe Islands.
SBS Dateline

The only prison in the country is in Streymoy, and has space for about 12 inmates – but it largely operates as a detention or holding centre for non-violent offenders. The building is situated in the Mjørkadalur valley, which used to serve as a base of the Island Command Forces, the Faroe Islands’ military unit. Criminals convicted of violent or capital offenses are sent from the island to serve sentences at larger jails in Denmark. 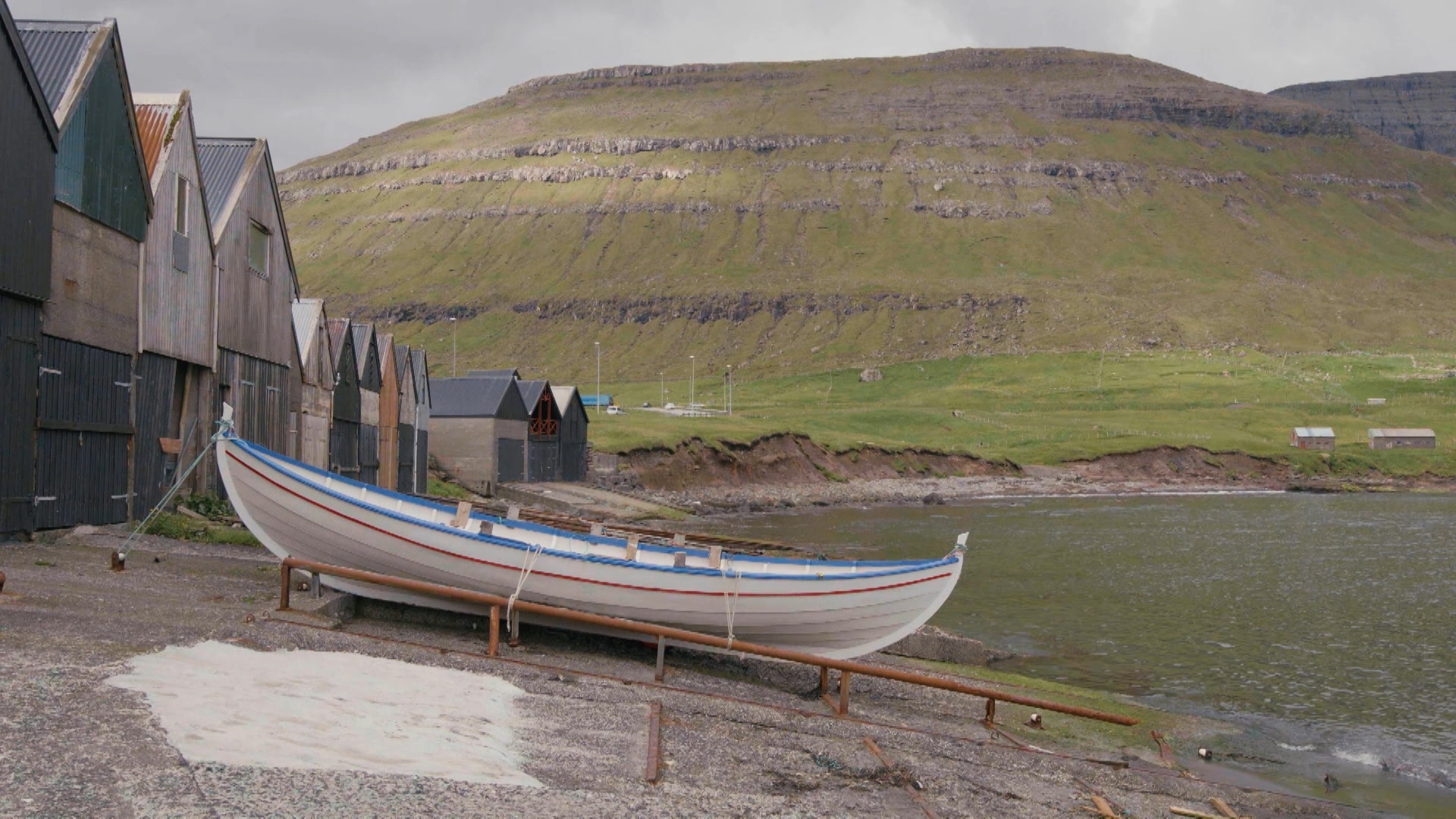 Fishing makes up almost 95 per cent of exports from the Faroe Islands.
SBS Dateline

The Faroe Islands has one of the world’s lowest crime rates.

In December of 2012, Croatian Milan Konovat was convicted of killing a Faroe Island native, Danjal Petur Hansen, which was the first murder conviction on the islands in more than 20 years. The court heard that the murderer’s motive was related to a domestic affair. Before 2012, there had not been a murder in the Faroe Islands for more than 20 years.
SBS Dateline

Commercial fishing is the country’s main industry – with fishery products accounting for 95 per cent of exports and 20 per cent of GDP– but it is a male-dominated field, offering little work for local women.

Despite this, the majority of the citizenry are comfortably in the workforce, with only 2.2 per cent of people unemployed – one of the best rates in the entire world. The Faroe Islands' unemployment rate is only 2.2 per cent - one of the best rates in the world.
SBS Dateline

In 2000, there were only 30 Southeast Asia-born women living in the Faroe Islands – it’s estimated there are now around 300. This rise has largely been attributed to online matchmaking services, which have paired Faroese men with Southeast Asian women.

Based on the most recent figures, there are people from 117 different nations living there, but in many cases there are only one or two people representing each country. There is only one person living in the Faroe Islands from the United Arab Emirates, Saudi Arabia, Taiwan, Belarus and several other countries. It rains up to 300 days a year in the Faroes.
SBS Dateline

Due to the country’s harsh and constantly cold climate, only a few vegetables can be grown here – rhubarbs, turnips, potatoes, kohlrabi. But the Faroese have a respected food culture despite the lack of locally produced options and have been praised for their lack of food wastage – they are also one of the few country’s in Europe where there isn’t a single McDonald’s.

But one thing they are lacking is traffic lights, there are only three in the entire country.