The Pacific islands have become a transit point for international crime syndicates smuggling drugs to from the Americas to Australia. Now, SBS Dateline has discovered that Australian tourists are smuggling significant amounts of high-grade cocaine into Australia on commercial flights from Fiji.

Shipments of cocaine from Mexico and Colombia are being dropped-off in Pacific island nations, typically Fiji, from where they are transhipped for trafficking into the high-value markets of Australia and New Zealand.

The volume is so significant, villagers in the Fijian island of Moala, in the eastern Lau Group, have found kilogram bricks of Mexican cocaine washed up on their idyllic beaches.

Police and villagers told Dateline that young children had started to eat the contents, which was branded with a bull image, thinking it was milk powder.

“Children are curious,” says villager Tys, who shared  video a of police interviewing one of the young boys who found the packages.

“We worry for our children, they will open up and try these things, it could be really dangerous.”

Fijian Customs told Dateline, over 100 bricks of cocaine, all of which had the same branding, have washed up on numerous Islands across Fiji. Police believe the cocaine had been dropped off, possibly underwater, with a transponder attached so another small vessel could collect the shipment and take it to Australia or New Zealand. 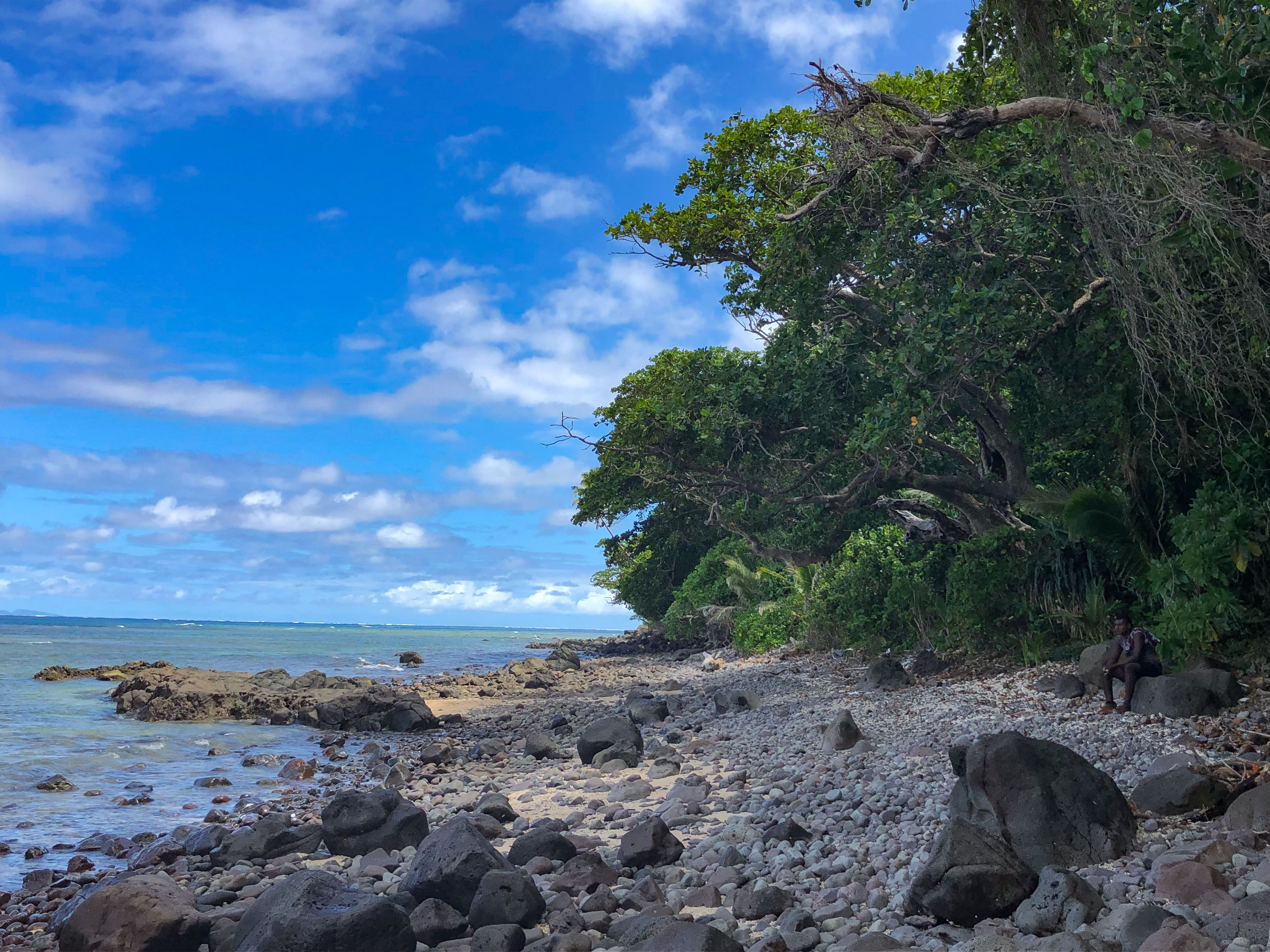 Fijian leaders and authorities are concerned the Pacific islands could become semi-narco nations.
Will Reid/Dateline

The criminal entities involved in cocaine trafficking for Australia’s high-paying party-goers are now bringing something much more dangerous to Fiji’s pristine Pacific shores.

Large quantities of highly-addictive methamphetamine, known as ice, is now readily available on Fijian streets. There is so much of it that street prices have virtually halved in the past year, making it much more widely available to an increasingly younger age group.

A local meth dealer, Louis*, told Dateline ice prices had plummeted since last year and that he now sells on the street for to both locals and Australia tourists for round $50AUD per bag.

He said Australians were also buying cocaine, and that he had set up a contact for an Australian man who had wanted to buy a kilogram of cocaine to take back to Australia. He told Dateline the man had strapped it to his body and flown back to Australia

“How do you know he made it through?” he was asked.

“Because he came back for a second kilo,” was the reply.

“Australia is actually one of the big users of all these drugs."

Although thankful for all the assistance Australia gives Fiji, Assistant Superintendent Masitabua is worried about the vast sums of money and the potential it has to corrupt Fijian and Pacific island police, he says plans are already underway to detect and prevent such corruption.

“The commissioner of police has given a directive my drug intelligence unit to formulate and develop a unit… to prevent it [police] from being infiltrated by these drug dealers,” says Assistant Superintendent Masitabua.

According to Pacific security specialist Jose Sousa-Santos, the potential for ingrained, drug syndicate led corruption on Australia’s doorstep should be taken very seriously.