The Fijian prime minister has slammed the comments, describing them as a "big step backwards".

Australia's deputy prime minister has come under fire for claiming the Pacific Islands will survive climate change because their workers come here to "pick our fruit", following this week's Pacific Island Forum in Tuvalu.

In footage obtained exclusively by The Guardian, Michael McCormack can be heard telling an audience that he "gets a little bit annoyed when people in those sorts of countries who point the finger in Australia who say we should be shutting down our resources so they can continue to survive".

The comments were reportedly made at a business function in Wagga Wagga on Friday. The Nationals leader was acting prime minister while Mr Morrison was overseas for the forum. 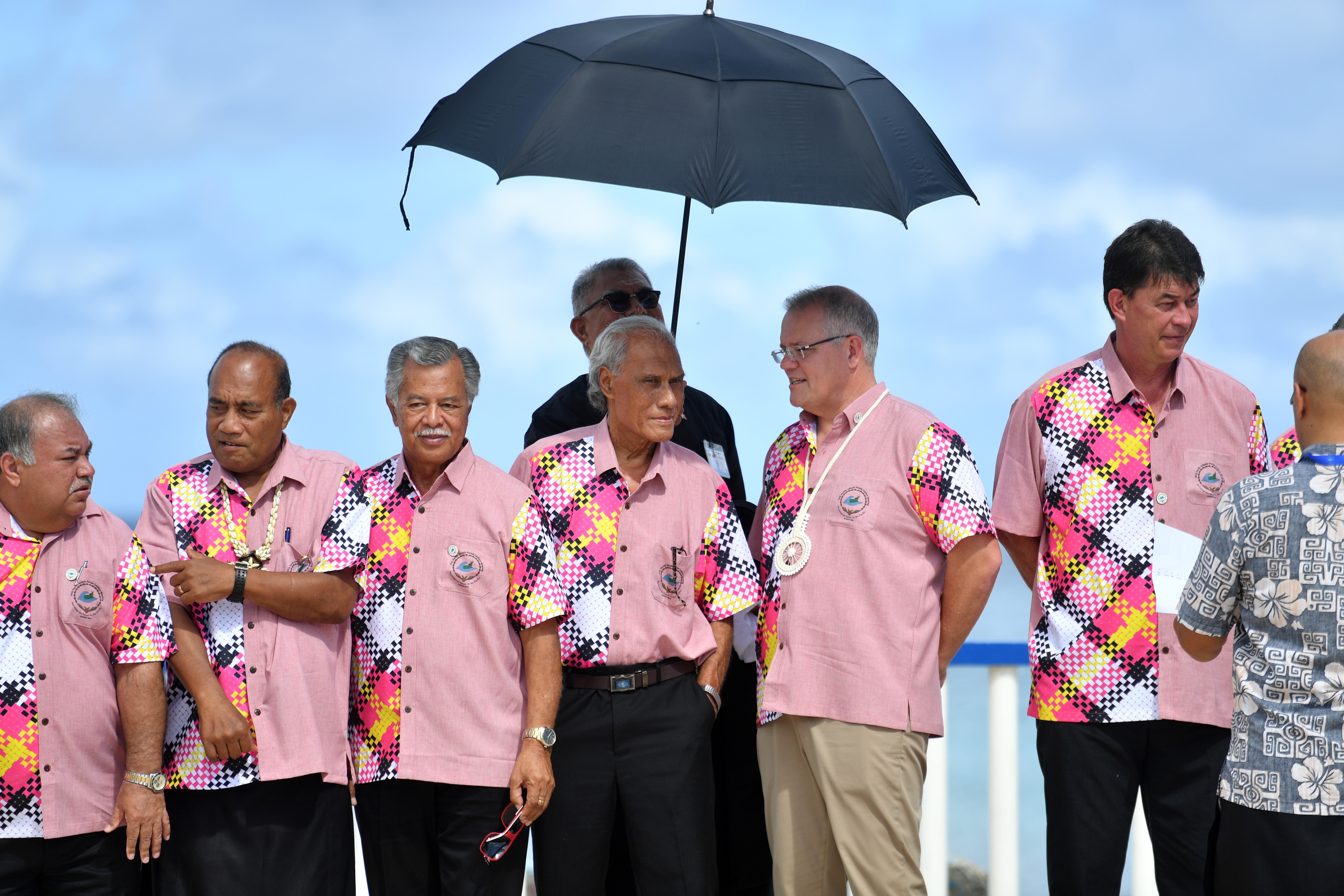 “They’ll continue to survive because many of their workers come here and pick our fruit, pick our fruit grown with hard Australian enterprise and endeavour and we welcome them and we always will," Mr McCormack continued.

Tensions between the Pacific nations and Australia are already running high after fraught negotiations on climate change during the forum this week.

If this is the Australian Government’s idea of a "step up" in its relations with the Pacific, it’s certainly not a step forward. It’s a big step backwards.https://t.co/POE2Y7D1uj

"If this is the Australian Government’s idea of a 'step up' in its relations with the Pacific, it’s certainly not a step forward," he said on Twitter.

On Friday, Tuvalu's Prime Minister Enele Sopoaga accused Australia of only worrying about saving their own economy, and not the broader implications of climate change - specifically, the wellbeing of people in the Pacific. But Prime Minister Scott Morrison said he wasn't just concerned about Australia's economy but how it then impacted support for the region.