Police are investigating what happened before a three-year-old boy was found dead in the back of a childcare minibus.

A "devastated" childcare operator has cancelled its bus services across the country after a three-year-old boy was found dead in Queensland.

His body was discovered by a driver at about 3.15pm on Tuesday in a Goodstart Early Learning minibus parked outside Hambledon State School at Edmonton, a suburb of Cairns, on a day when temperatures reached about 34C.

Queensland Police believe the boy was picked up in the morning but they aren't sure what happened next. Investigations are ongoing into whether he may have left the bus during the day. 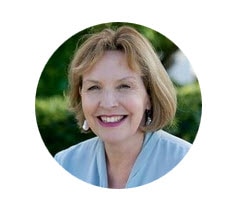 Goodstart Early Learning boss Julia Davidson, who flew to Cairns late on Tuesday, says the group's staff are devastated and shocked by the death.

"We are absolutely devastated," she told Nine Network on Wednesday.

Ms Davidson said the not-for-profit Goodstart had made the "difficult" decision to cancel its bus services, which are used to help children access childcare, at hundreds of centres.

"This has been a very difficult decision for us to make - to not use our buses from later today," Ms Davidson told Nine.

"We obviously don't know what happened in this particular incident but we want to be cautious."

Detectives from the Child Protection Investigation Unit are investigating and a report will be prepared for the coroner.