Doctors say they have been overwhelmed with the number of earthquake survivors needing treatment, amid concerns about the increased risk of COVID-19 transmission in the crowded environment.

Medics battled exhaustion and the risk of COVID-19 as they raced to treat scores of people injured by a devastating earthquake on Indonesia's Sulawesi island.

At least 84 were killed and thousands left homeless by the 6.2-magnitude quake that struck early Friday, reducing buildings to a tangled mass of twisted metal and chunks of concrete in the seaside city of Mamuju. 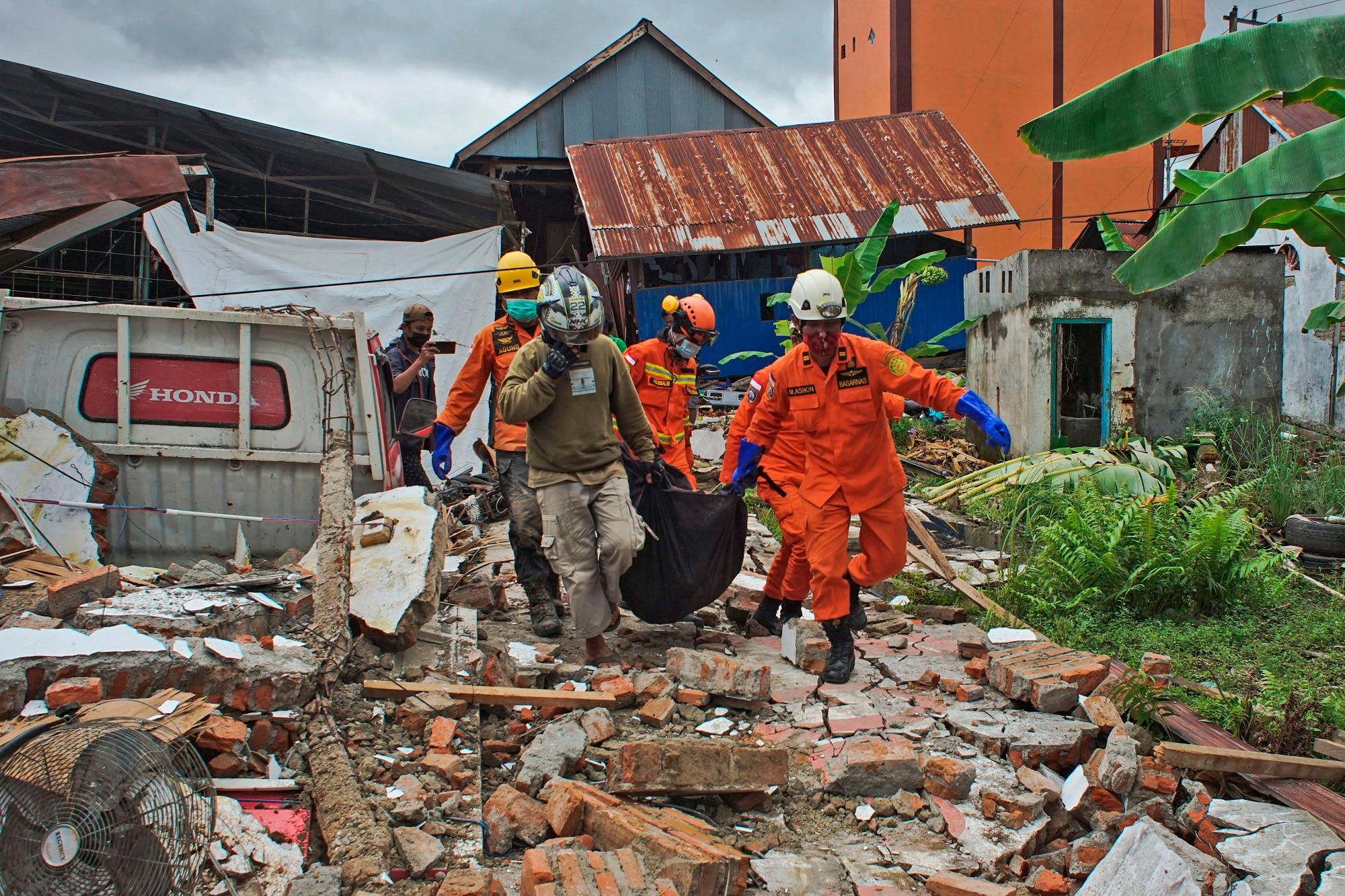 Doctors in hazard suits treated patients with broken limbs and other injuries at a makeshift medical centre set up outside the only one of the city's hospitals that survived relatively intact - one was flattened by the violent tremor.

Just a handful of doctors and nurses worked "non-stop" in the first couple of days after the quake until reinforcements arrived, although it was still barely enough amid shortages of medicine and other supplies, Nursyamsi said.

"We were completely overwhelmed at one point," she said.

"My nurses were also quake victims and had to help their families." 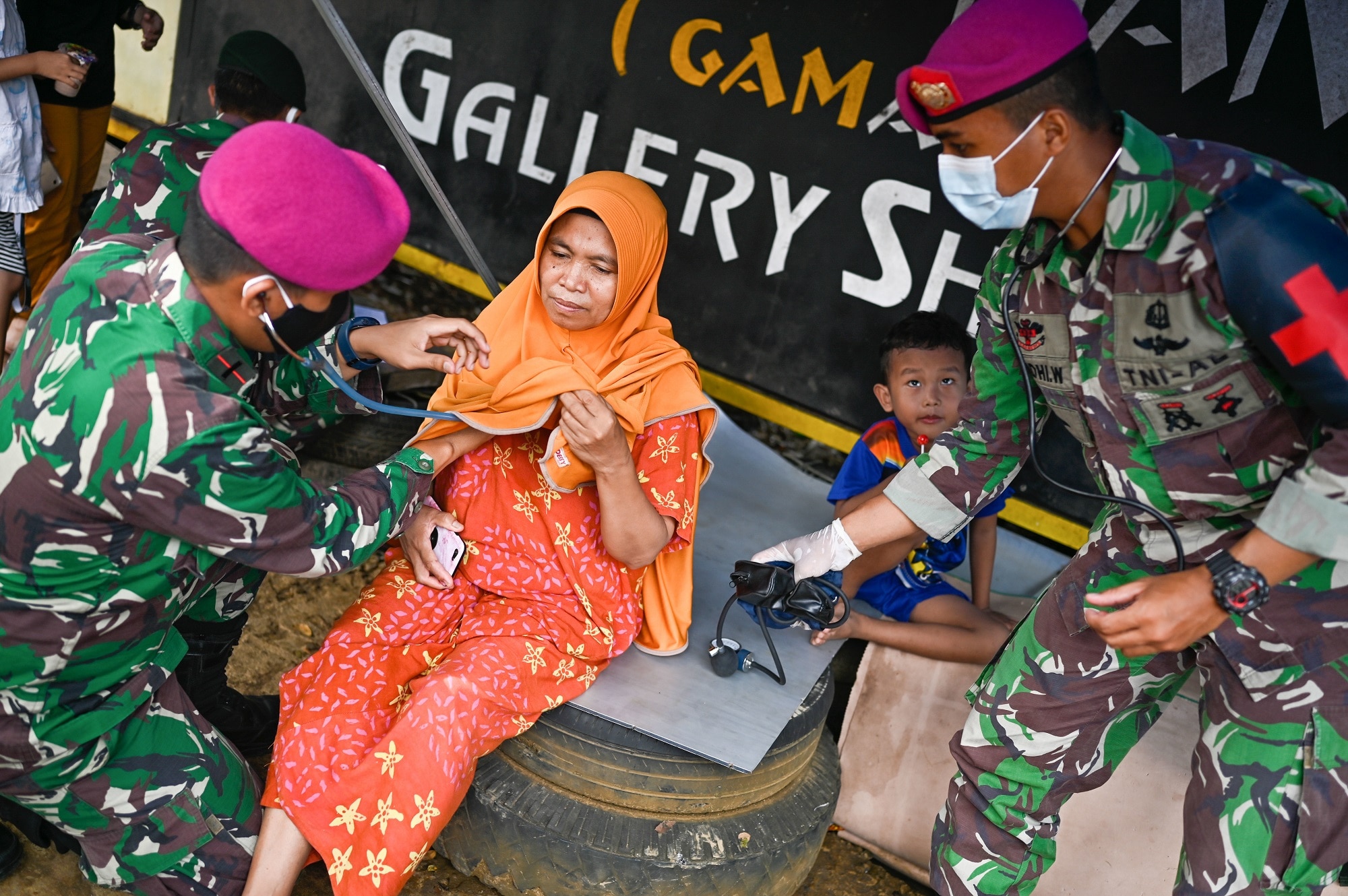 Patients are treated at the open-air triage centre.
AAP

Medics scrambled to quarantine COVID-19 positive patients in a bid to prevent an outbreak at the crowded open-air triage centre.

Some with coronavirus have been put in a prayer room - common in the Muslim majority nation - at the back of the hospital.

The hospital was trying to open up more rooms for surgery and erect additional tents outside to treat the injured.

But fears that another quake could bring down the building were adding to the challenges as patients, and some staff, refused to be inside, Nursyamsi said. 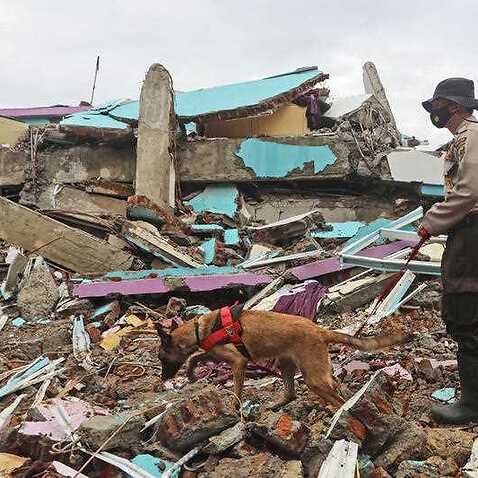 "There are patients who were scared and pleaded to be taken out of the building," she added.

Nurse Agriani, 29, who came from a nearby district to help, said she had been working day and night.

"There are so many patients coming in and they need treatment for serious injuries," said the woman, who like many Indonesians goes by one name.

It was unclear how many people - dead or alive - could be buried under mountains of debris, as rescuers rushed to find survivors more than three days after the disaster.

Most of the 84 dead were found in Mamuju, but some bodies were also recovered south of the city of 110,000 people in West Sulawesi province.

At least 18 people had been pulled out of the rubble alive, including a pair of young sisters, according to official data.

Police began using sniffer dogs to help in the search at a badly damaged hospital, as body bags were filled with recovered corpses.

"There are probably some people still trapped under the rubble," search and rescue agency spokesman Yusuf Latif said earlier Monday. 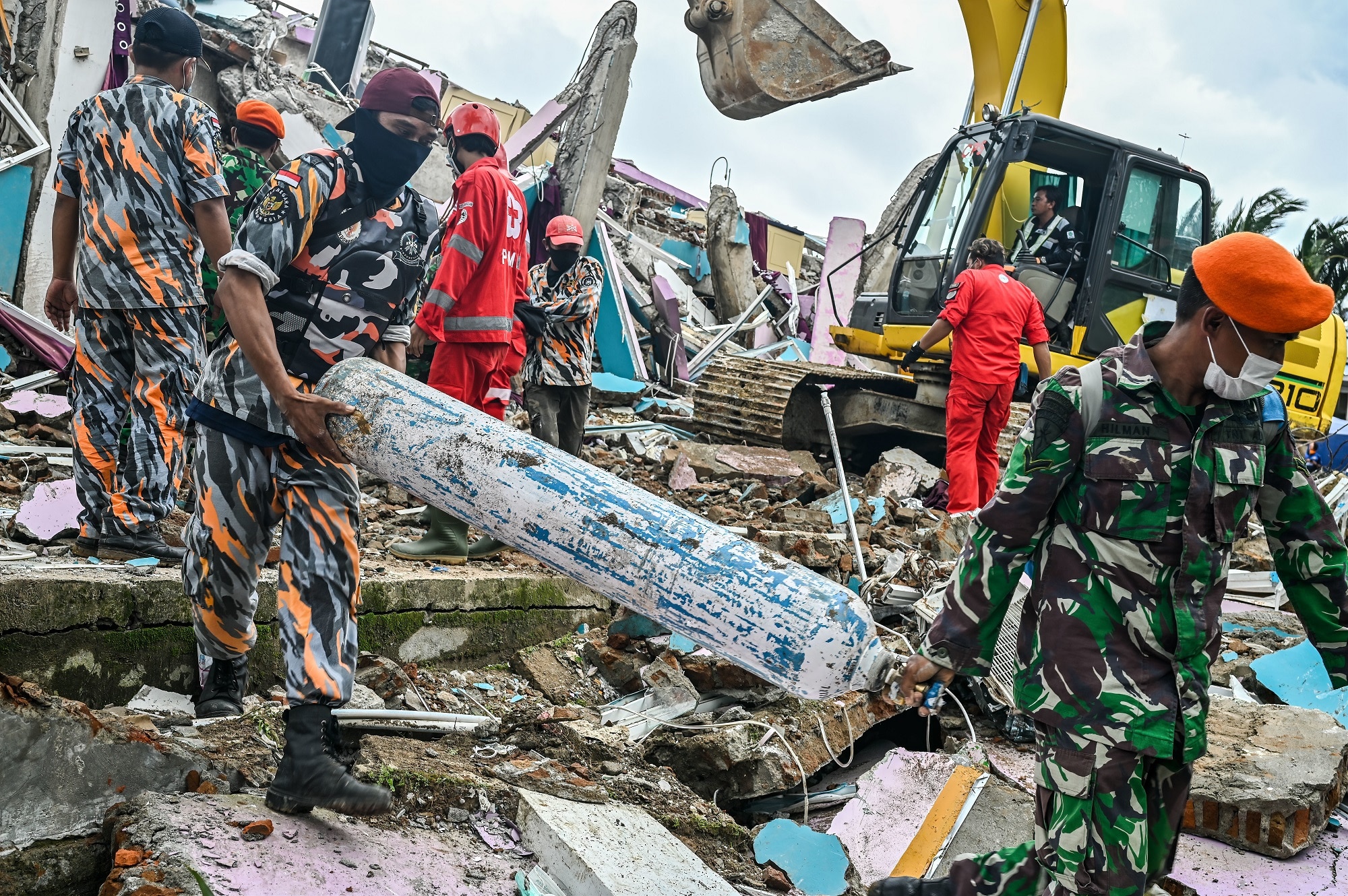 Soldiers clear away debris in the search for people buried under the rubble.

Meanwhile, about 30,000 people have taken refuge at dozens of makeshift shelters - many little more than tarpaulin-covered tents filled with whole families.

Many survivors of the latest disaster were unable to return to their destroyed homes, or were too scared to go back, fearing a tsunami sparked by aftershocks, common after strong earthquakes.

Hundreds have already fled camps in hard-hit Majene as rumours of a second disaster rippled through a shelter there.

"We were confused and couldn't check if that was true because there wasn't any Internet at the shelter," said Ernawati, 38, who fled to a town more than 100 kilometres away with a dozen relatives. 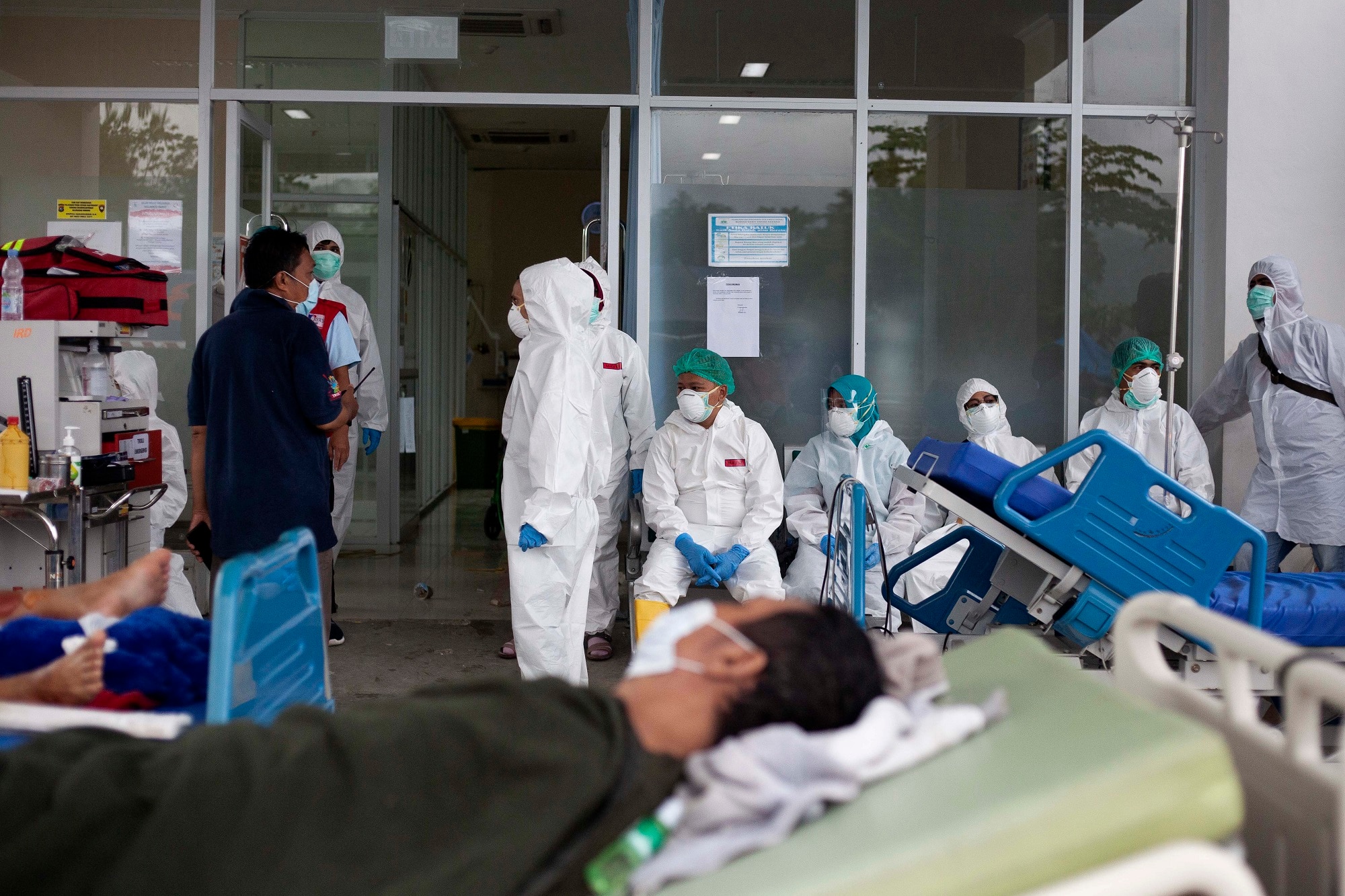 A hospital affected by the earthquake in Mamuju, West Sulawesi, Indonesia.
AAP

Authorities in neighbouring Polewali Mandar Regency said they were equipping a local sports stadium to accommodate a possible influx of displaced people.

Indonesia, a Southeast Asian archipelago of nearly 270 million, has been hit by a series of natural disasters this week, including deadly landslides, flooding and a pair of volcanic eruptions.

The country experiences frequent seismic and volcanic activity due to its position on the Pacific "Ring of Fire", where tectonic plates collide.

On December 26, 2004, a massive 9.1-magnitude earthquake struck off the coast of Sumatra, triggering a tsunami that killed 220,000 throughout the region, including 170,000 in Indonesia -- among the worst recorded disasters in history.