Eurovision has strict rules that no country's song can be political - but that hasn't stopped the contest hitting the headlines over the years.

Eurovision is the world's biggest live music event, celebrating diversity, culture and community - but at times, it has also got political.

Sunday's final is being held in Tel Aviv, Israel, despite controversies surrounding the region.

The contest started in the 1950s following World War II, to try and heal a divided continent. Over the years it grew to include acts from 42 countries, including some with little connection to Europe, such as Australia.

Here are just some of the times the competition has caused a stir.

1. When Australia joined the contest

Singer-songwriter Kate Miller-Heidke will walk down the orange carpet for Australia this weekend to an expected global audience of hundreds of millions.

But Australia is almost as far away from Europe as you can get. 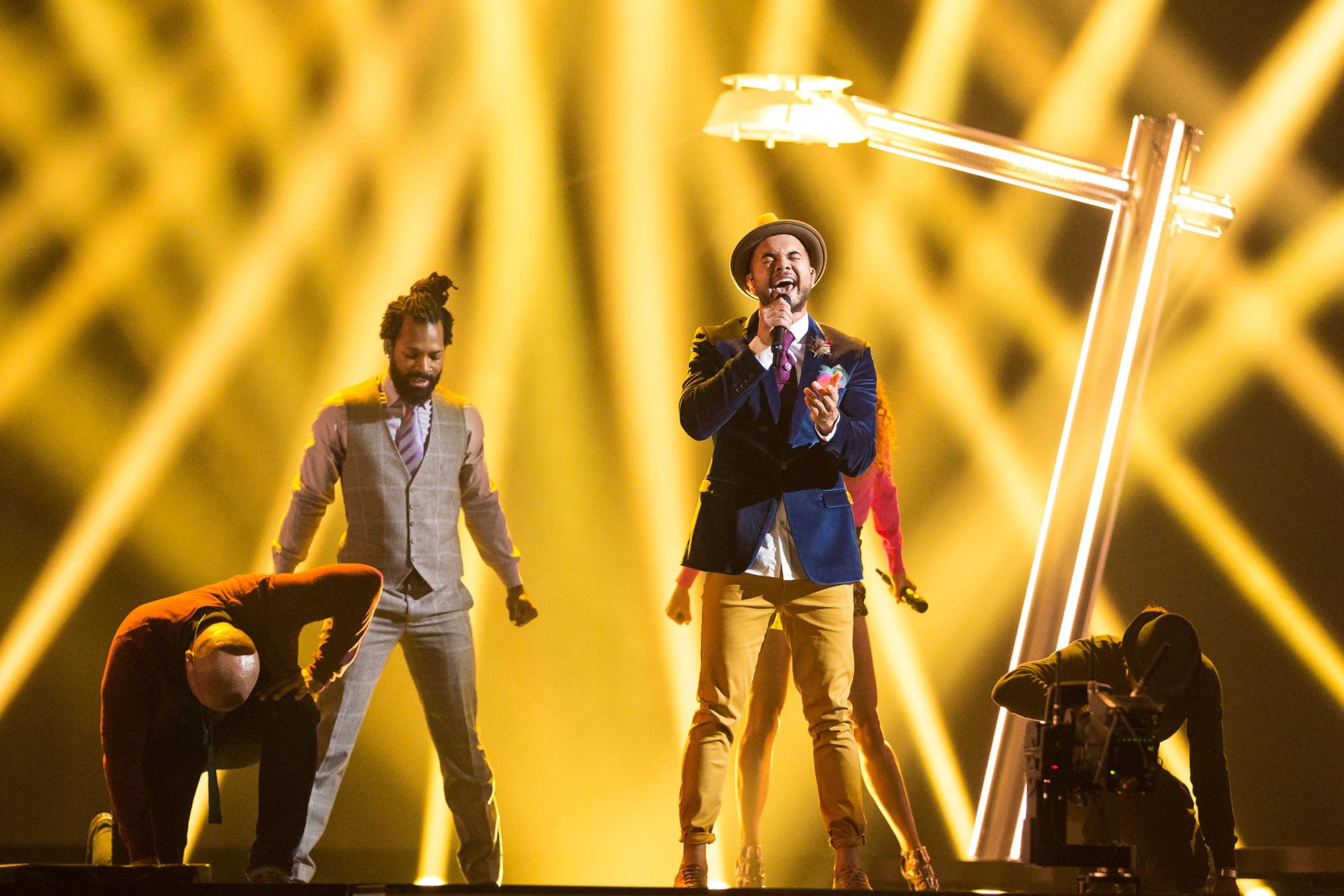 Guy Sebastian competed as a wildcard entrant in Vienna in 2015.
SBS

Australia officially joined the contest in 2015, when singer Guy Sebastian performed in the Austrian capital, Vienna. His performance of the song Tonight Again was a celebration of Australian music, diversity and culture. 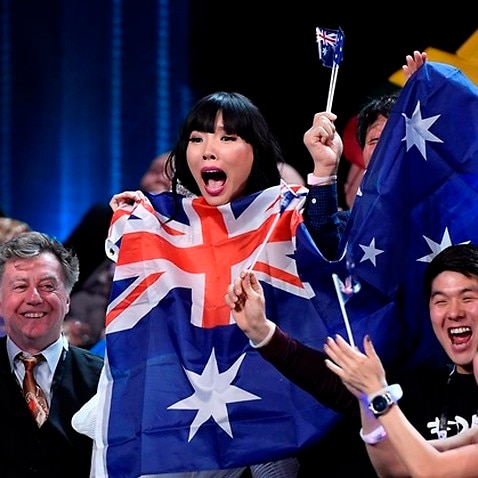 Why is Australia even in the Eurovision Song Contest?

“It changed over the years from being a slightly odd, kitschy oddity of European culture to a place of utopian practice; it’s imagining what the world would be like if ordinary people could make it.” Dr Ruddock said the move to include Australia in the competition ever since signifies a world where issues and beliefs, rather than borders, are important.

Israel, Armenia and Russia are other examples of countries you might not expect to participate in a 'Euro' spectacle. Australian Eurovision fans turn out in Israel despite security concerns

2. When LGBTIQ+ was embraced

Eurovision is an event firmly placed in the LGBTIQ+ calendar each year.

Notable moments included drag queen Conchita Wurst securing the top prize in 2014 with the song Rise Like a Phoenix, later becoming a gay icon, and transgender singer Dana International winning for Israel in 1998. 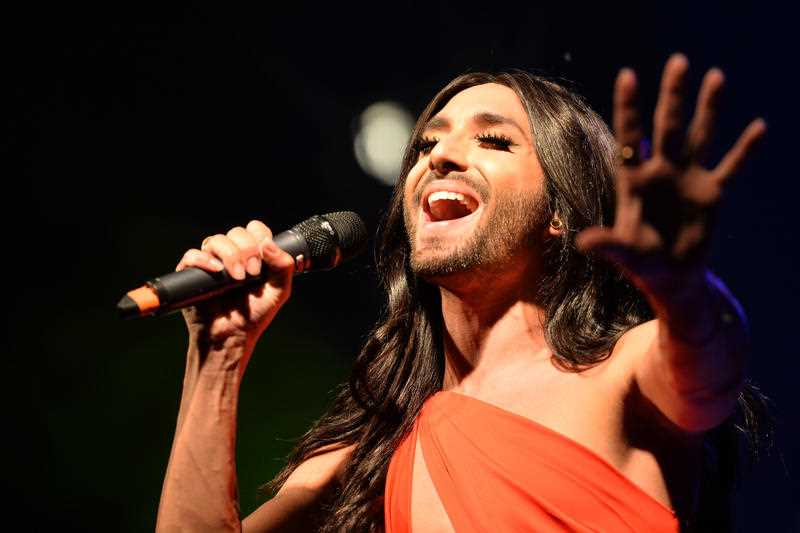 Dr Ben Wellings, a senior lecturer of politics at Monash University, told SBS News the contest's embracing of diversity resonates with many in the LGBTIQ+ community.

“Eurovision is very out and proud and it’s been like that since the 1990s,” he said.

“It hasn’t been always like that, in fact it used to be very conservative.

“In its creation, Eurovision was about overcoming conflict and difference, and initially in its post-World War II inception it was a platform to allow European countries to broadcast into other European countries, and something of that DNA has translated ... to an acceptance of difference.”

Azerbaijan, which hosted the event in 2012, and 2009 hosts Russia, were controversial choices for LGBTIQ+ communities, given the suppression of human rights and identities there.

3. When Israel became a host country

Critics say this year's choice of Tel Aviv is a controversial host city, with some calling for a boycott because of the Israeli-Palestinian conflict. 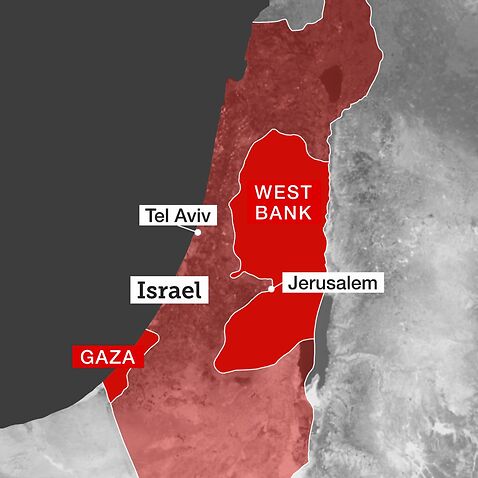 Some European stars were among the critics questioning the host country, among them, fashion designer Dame Vivienne Westwood and Pink Floyd’s Roger Waters. But others, among them actor Stephen Fry, endorsed Israel as a host, saying a boycott is not the way to go. 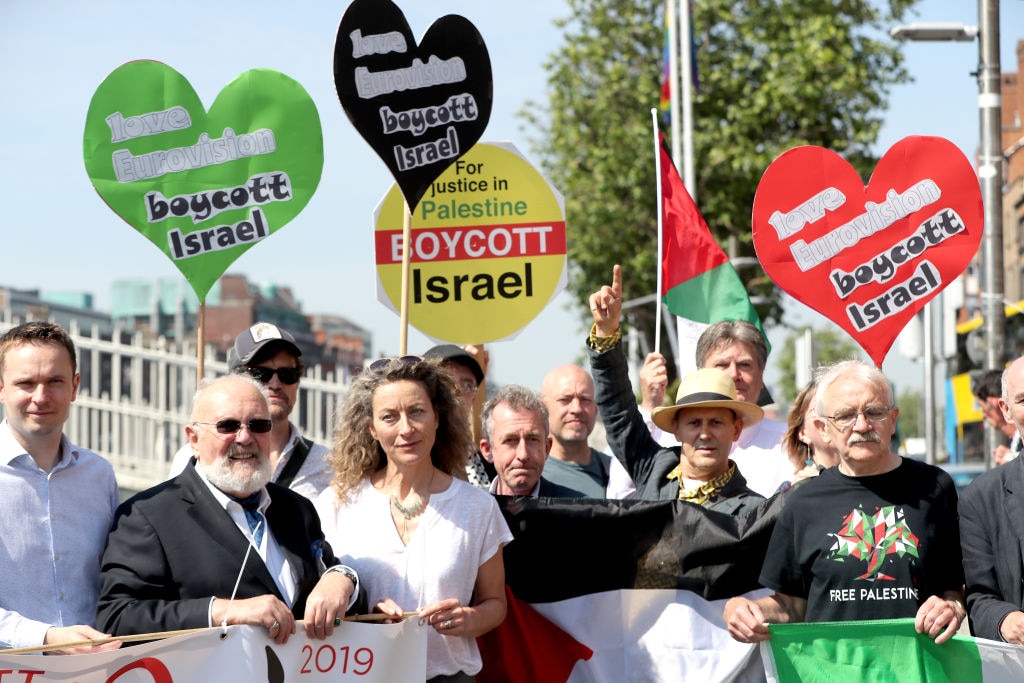 People are calling to boycott the 2019 Eurovision due to its location in Israel.
PA Images

While no artists have withdrawn from the event, it has attracted publicity, and this year’s entrants aren’t just being asked about their songs and outfits - they’re talking about human rights.

Israel has poured more than $5 million dollars into the event's security, amid fears over violence.

4. When artists started to sing in English

The idea that everyone at the contest can sing in English, is relatively novel. It was trialled in the mid-1970s when the Swedish band ABBA won the spectacle with their song Waterloo.

Dr Wellings said ABBA's success can give the impression everyone was singing in English from the 70s, but "that’s not correct”.

“Up until 1999, you had to sing in your national language and since then we had more entrants singing in English, or at least a mixture,” he said. 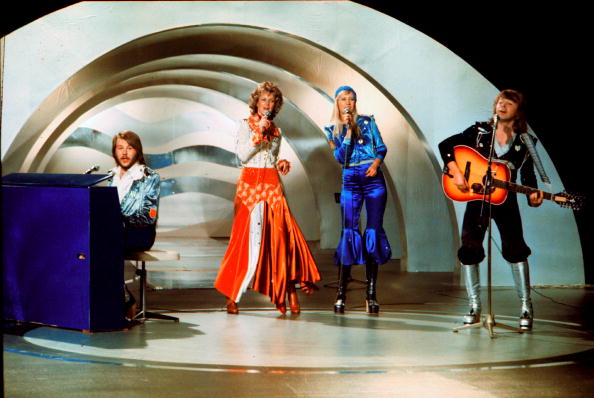 Not every country goes down that route, but most songs are now performed in English - perhaps with a chorus in a local language. Some artists also put out an English version of their song.

6. When the Swedes began to dominate

While Eurovision’s main goal is to celebrate diversity in all countries, Scandinavian countries, and in particular Sweden, have a proportionally big impact on the event.

Sweden has won six times; its most famous act being ABBA.

And many other countries also used Swedish songwriters for their entries, which has prompted some to question Eurovison’s diversity of musical selection. 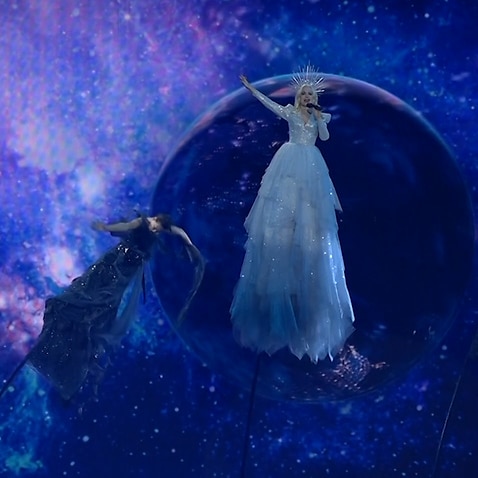 Eurovision strutting their stuff on the ‘orange carpet’

Dr Wellings says the popularity though is down to Sweden’s well developed domestic pop music industry, which resonates with a lot of Eurovision watchers around the world.

7. When geopolitics infiltrated the music

Despite Eurovision's rules, there are subtle ways political commentary can turn up in songs.

"If we think of Ukraine's entrant winning in 2016, it was hard not to read that in some ways as anti-Russian, but it got through," Dr Wellings said.

"It won, and what it meant was that the event was hosted in Kiev the following year, but the Ukrainian authorities barred the Russian entrant from participating at the event.

"Russia upped the ante by fielding a candidate that was wheelchair bound [Yuliya Samoilova] and this made it look as if the Ukrainians were focusing on someone with a physical disability." Russian singer Yuliya Samoilova and her husband in Moscow in 2017.
AFP

8. When things got really different

Diversity is at the heart of what Eurovision stands for, which means audiences never know what to expect year after year.

"Why people love it so much, it's seen as being so silly, throwaway and trivial, it can actually do things which are in many ways subversive," Dr Ruddock said.

"The whole aesthetic is being as ridiculous as you can possibly be and then you think about those things and they aren't ridiculous at all." 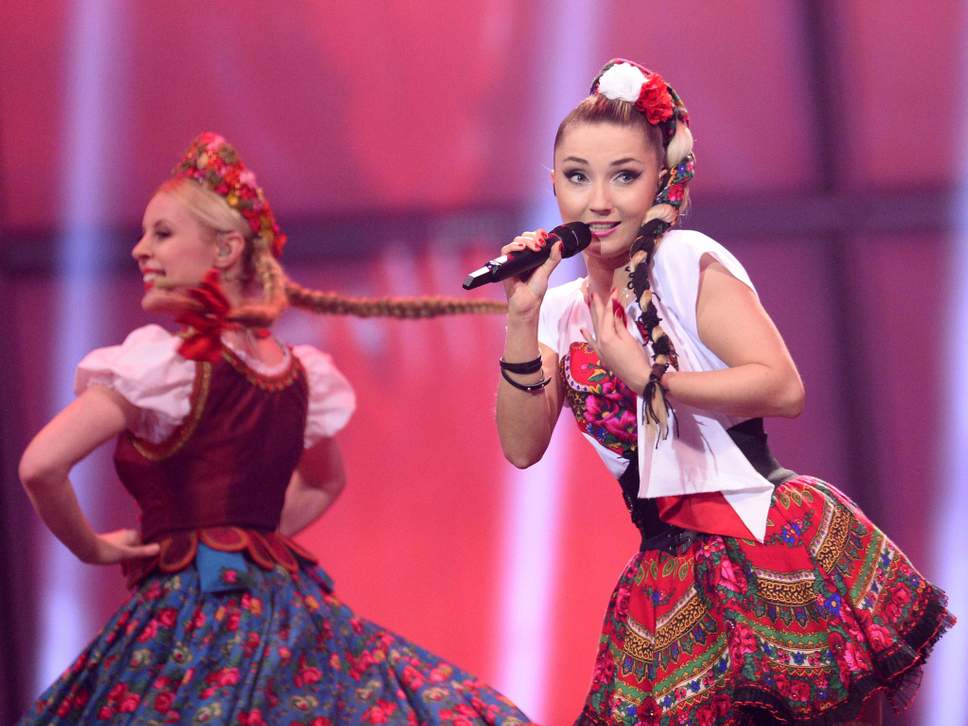 The Polish entry in 2014 saw women dressed in milkmaid outfits, suggestively churning butter and pouring water in buckets as they bit their lower lips.

"It gives visibility to identities and ways of being that you never see, you see people you hardly see on TV screen," Dr Ruddock said.

"You hear languages that you never hear on the TV screen."

The Eurovision Grand Final will be held on Sunday 19 May at 5am (AEST) with an 8pm (AEST) replay on SBS Australia. It will also be streamed on SBS On Demand.

Head to the SBS Eurovision website for all the latest news from Tel Aviv.