Australia's major retailers are shutting up their brick and mortar stores as coronavirus lockdown measures are ramped up.

The stable of retailers, owned by South African company Woolworths Holdings, announced the temporary closure of stores until further notice on Saturday.

Myer on Friday that it would shut its shops from Sunday night for at least four weeks.

The announcements of store closures could already be felt in Melbourne’s Bourke Street Mall. 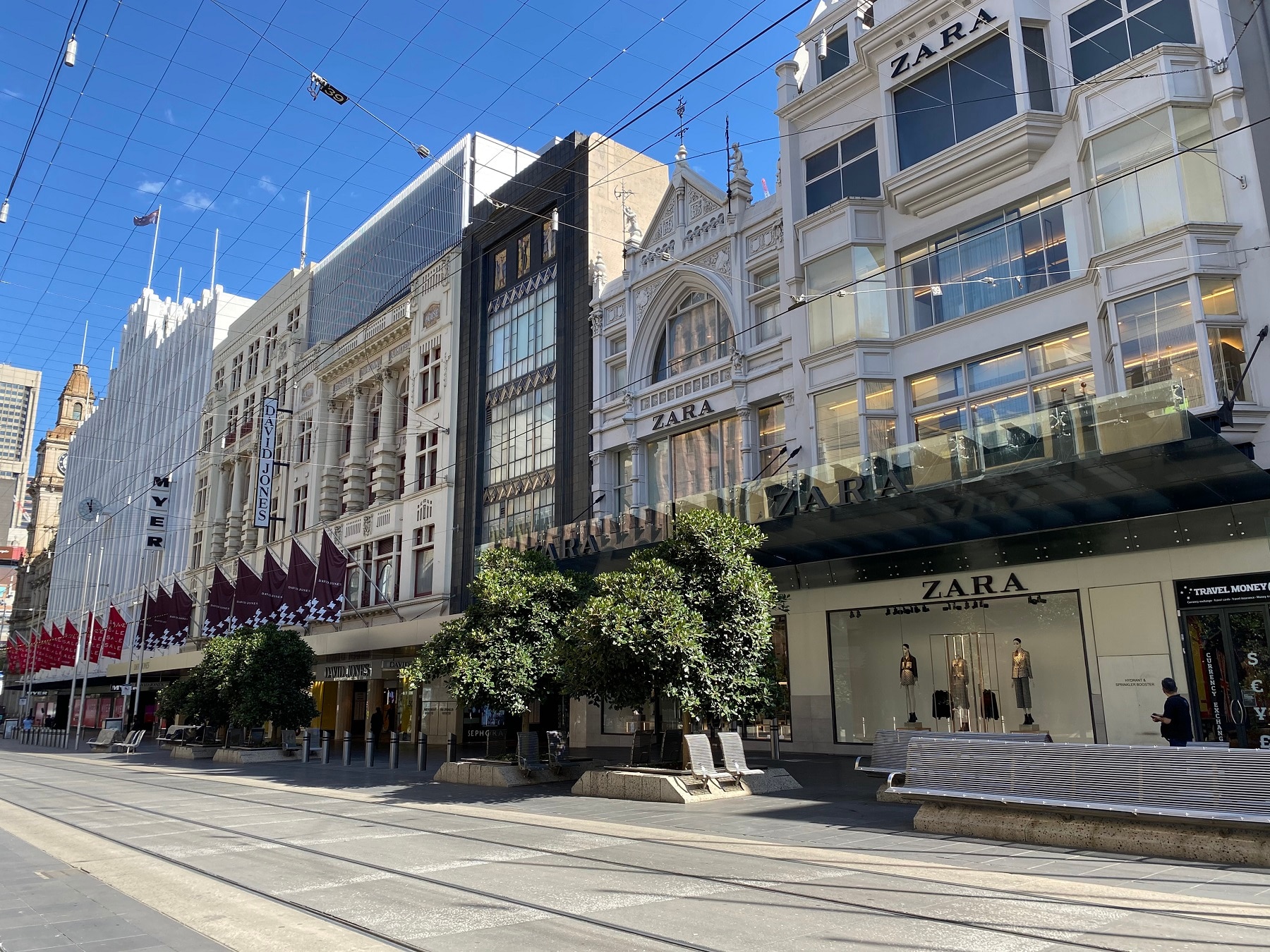 At 11am on Saturday, the shopping area was empty, save a handful of shoppers who ducked into stores like Myer before they close for the next month.

"As team members will not be working, they will not be paid during this period of imposed closure," Myer said in a statement posted on the ASX.

"Full time and part-time members will have greater flexibility to access their annual leave and long service entitlements, in addition to government assistance measures.”

Russell Zimmerman from the Australian Retailers Association says shops like Myer have no choice. Myer announced on Friday it would temporarily close all stores for at least four weeks from Sunday, and stand down 10,000 staff without pay.
SBS News

"Most retailers are telling me that they are down around 75 per cent or more on their sales," he said.

"Now you cannot sustain a retail business in that environment."

Rival retail giant David Jones, which is also owned by Woolworths, will keep all but two stores open for now.

"As a heritage Australian brand, we recognise that we have an important role to play in slowing the spread of COVID-19," Country Road Managing Director Elle Roseby said in a statement posted online.

The two stores in question - Barangaroo, Sydney and James St, Brisbane - have only closed because the retail space is too small for adequate social distancing.

David Jones says it will continue to assess its decision to remain open daily.

On Saturday morning the retail union, SDA, estimated 40,000 retail jobs had been lost due to coronavirus pandemic.

"There are tens and thousands more jobs to go in retail if we move to the next level of shutdown, which is most likely," SDA National Secretary Gerard Dwyer said.

Mr Dwyer says retail businesses are being hit on all fronts.

"Online will continue in a range of businesses but in regards to the stock that's one of the key problems in the discretionary spend area," he said.

"When this passes that stock will be out of season."

The SDA and the Australian Retailers Association have joined the Australian Chamber of Commerce and Industry in calling for the government to follow the UK's lead and implement a wage subsidy. This would mean workers would be paid a percentage of their regular wage from their employer to keep them on the books and off welfare.

Businesses would then be reimbursed by the government.

“A wage subsidy helps workers, helps their families, gives them hope and actually keeps them connected to their businesses so this economy can come into being again when this pandemic has passed,” Mr Dwyer said.

The Australian Chamber of Commerce wants a wage subsidy of 80 per cent, capped at average weekly earnings.

The SDA says it is happy to negotiate on that figure, so long as wage subsidies are introduced.