Australia's recycling crisis will be high on the agenda when state and territory environment ministers meet on Friday - and there's no shortage of policy ideas.

Stockpiles of reusable trash are growing across Australia and the cost of kerbside recycling has skyrocketed as a result of China's crackdown on foreign waste.

One Queensland council gave up on recycling entirely and sent everything to landfill, before reversing the decision amid a backlash. As Greens Senator Peter Whish-Wilson put it rather bluntly to the ABC on Thursday: "The sh*t is hitting the fan with recycling around this country."

State and territory environment ministers are under pressure to agree on immediate action to tackle the problem when they meet on Friday, with plenty of proposals put forward by councils, the waste industry, the Greens and economists.

China's decision is not so much a ban on foreign waste, but a ban on dirty recyclable material.

Beijing has reduced the acceptable level of contamination to less than one per cent, so one of the simplest short-term solutions would be to thoroughly sort and clean the plastics, paper, metals and other material being sent overseas. 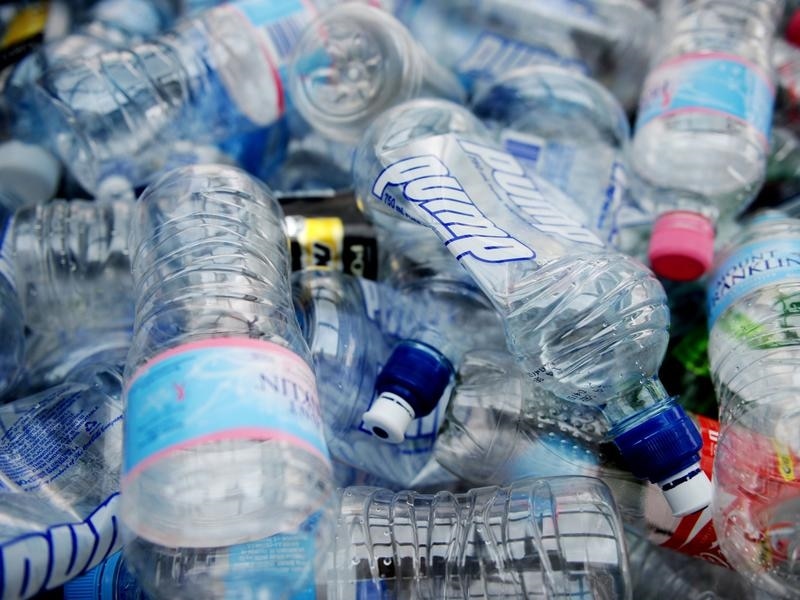 The Greens released a $500m recycling blueprint saying Australia should be leading the way on waste.
AAP

That would require more investment in sophisticated machinery.

Alternatively, Australia could still sell its recycled products with the current level of contamination to other markets in South-East Asia at a significantly lower price.

Either way, the cost of China's action has been estimated by the waste industry at $1 a week per Australian household.

Others propose a more radical overhaul of our waste and recycling practices.

Economist Ian MacKenzie from the University of Queensland suggests looking to European countries for examples of legislation that shift the liability for rubbish back on to the original producers.

“This is a very simple economic principle which says if you produce the products, you should be liable for all the waste and packaging and recycling of that product from the cradle to the grave,” Dr MacKenzie told SBS News on Thursday. How China's foreign waste ban has spurred the recycling industry

He said that could either take the form of financial incentives for those that use recycled, rather than virgin material or levies on companies that don't.

“If you know that you have to take responsibility for all products' secondary packaging and the primary packaging, you’re going to try and find solutions to the packaging problem without using packaging so then you’ll get a lot more products with recycled packaging and possibly even less packaging.”

A cultural shift starting at home

Simply chucking your recycling into the yellow-topped wheelie bins and the rest into the other bin is no longer going to cut it.

Again European countries are setting the example, charging households for the rubbish they produce and requiring citizens to sort their recyclables into as many as seven different categories.

In Australia, most councils charge homeowners a waste levy which is a flat fee no matter how much rubbish is produced by each address.

Dr MacKenzie said that provides no incentive for people to reduce their waste in the first place.

Creating a comprehensive domestic recycling industry capable of processing and using all of our waste without the need for overseas markets is the dream.

The Greens have proposed a $500 million outlay over five years, matched by the states, to do just that.

The minor party's plan involves infrastructure and programs to improve recycling, such as a national container deposit scheme and waste streams for tyres, mattresses and e-waste.

States and local governments are also calling on the Federal Government to show leadership on the issue and co-invest in the infrastructure needed to ensure the recycling industry remains viable.