As medical workers face painstaking choices with resources stretched, there are glimmers of hope with the hardest-hit countries showing lower daily rates of new infections.

The number of actual infections is believed to be higher since many countries are only testing severe cases or patients requiring hospitalisation.

From New York to Paris to New Delhi life has ground to standstill with some three billion people confined to their homes as governments scramble to halt the disease's deadly march across the world.

The death toll spiralled upward again in Europe, as fatalities in the United Stated shot past 1,000 and cases in Africa continued to multiply, and already-stretched healthcare systems readied for the worst.

Fears are mounting the virus could cause an even greater economic shock than the Great Depression, with the latest unemployment figures out of the US breaking records as businesses across the world's biggest economy are pinched by the pandemic.

Leaders from the G20 most industrialised nations held crisis talks by video link Thursday, pledging a "united front" to fight the outbreak, along with an enormous financial injection to prop up the economy. "The virus respects no borders," the leaders said in a statement.

"We are injecting over A$7.5 trillion into the global economy, as part of targeted fiscal policy, economic measures, and guarantee schemes to counteract the social, economic and financial impacts of the pandemic."

They also pledged "robust" support for developing nations, where it is feared coronavirus could next take hold after ravaging China and then Europe.

But the unity pledged by the G20 has been in short supply with China and the United States trading barbs over their handling of the coronavirus crisis.

The outbreak first emerged in China late last year but has spread relentlessly.

Globally, infections are nearing half a million worldwide.

Europe is now the hardest hit continent, recording over 250,000 infections and more than 15,000 deaths.

Hard-hit Italy and Spain are living through nightmarish scenarios feared around the globe: health services buckling under the strain of mounting caseloads.

"If I've got five patients and only one bed, I have to choose who gets it," said Sara Chinchilla, a paediatrician at a hospital near Madrid.

"People are dying who could be saved but there's no space in intensive care." 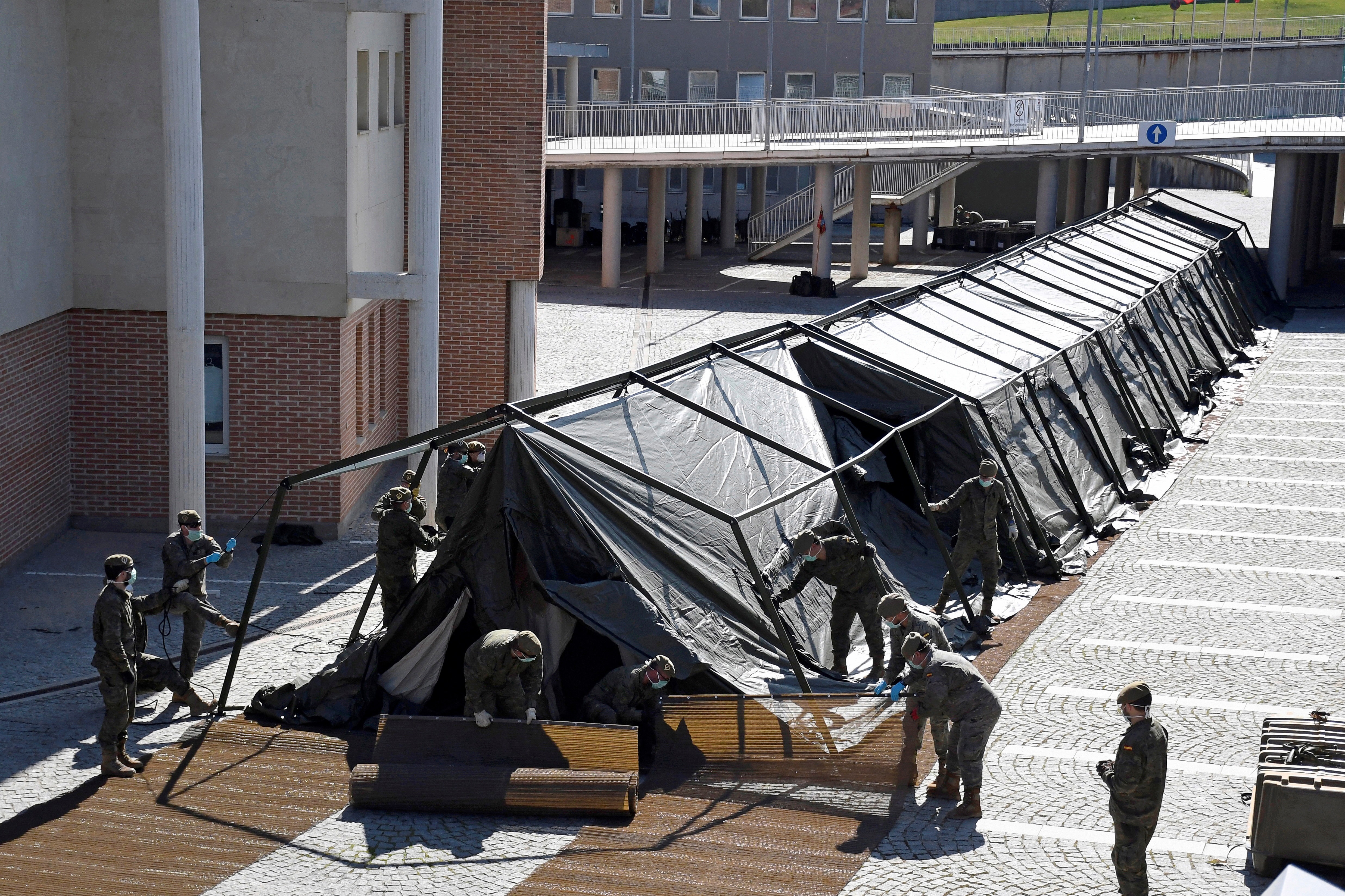 Spain's ground army engineers build a tent for a field hospital next to the Segovia Hospital in Segovia, Spain
EFE

Health care facilities in Britain could face a similar strain.

The National Health Service said London's hospitals are facing a "continuous tsunami" of seriously ill COVID-19 patients, despite a lockdown imposed this week.

Prime Minister Boris Johnson has said the country could be just a few weeks behind Italy's curve.

Countries are now facing the twin challenge of stemming infections and dealing with the sick while trying to tend to a global economy facing the most devastating recession in living memory.

In a sign of the economic impact, some 3.3 million people in the US filed unemployment claims last week, the highest number ever recorded. 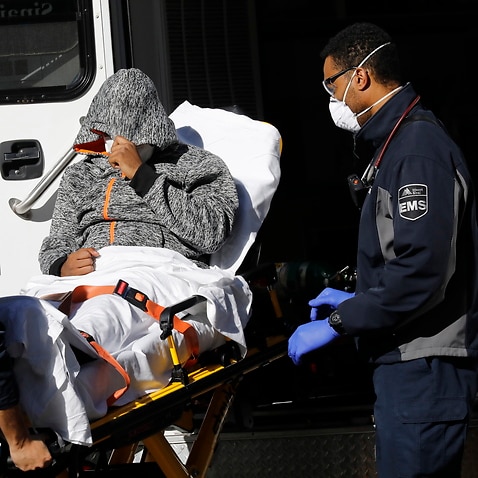 Bars, shops, hotels and schools have shut across the country, in line with measures already rolled out across Europe, and around half the US population is under lockdown.

President Donald Trump, who is seeking re-election in November, said he would decide soon whether unaffected parts of the country can get back to work.

"I'm not going to do anything rash or hastily," he said, adding that he hoped for a recommendation by Easter.

The global lockdown, which also hemmed in India's huge population this week, tightened further on Thursday as Russia announced it was grounding all international flights, while Moscow's mayor ordered the closure of cafes, shops and parks.

Tokyo's millions of citizens have been told to stay home too, just days after the city was forced to postpone the 2020 Olympic Games for a year.

China meanwhile said it was barring entry to most foreigners, fearing that imported cases were undermining the successes it has claimed in bringing domestic transmissions way down.

And South Africa braced for a nationwide lockdown Thursday as its cases climbed to more than 900, about a third of Africa's 2,975 cases. The impact of the virus has stretched well beyond frontline health workers, with billions trapped in their homes and facing what experts say could be lasting psychological harm.

In virus-stricken Italy, clergy members have been among the worst affected. Out of Italy's more than 7,500 deaths, 67 have been priests.

"A priest is always close to the people. For good or bad, it's his raison d'etre," said Monsignor Giulio Dellavite, secretary-general of the diocese of Bergamo, the hardest hit area in Italy's north.

But offering a glimmer of hope, both Italy and Spain have seen lower daily rates of new infections this week.

The World Health Organization said there were "encouraging signs" after Italy's latest numbers were released, but warned it was "still too early to say whether the pandemic is peaking".

"The #COVID19 pandemic is accelerating at an exponential rate.

Without aggressive action in all countries, millions could die"-@DrTedros

Even in China, there were signs of cautious optimism.

A two-month old lockdown has started to ease up in Hubei province, coronavirus ground zero.

But life was still far from normal: banners warn that playing cards together is "suicide" and guards yelled at crowds of people to separate.

The disease has also reached high profile figures, including Britain's heir to the throne Prince Charles who tested positive.

And Pope Francis reportedly tested negative for coronavirus after a person in his residence was said to have contracted it.