Labor leader Anthony Albanese has blamed Scott Morrison for ongoing lockdowns after it emerged Pfizer tried to speed up a vaccine deal with Australia. 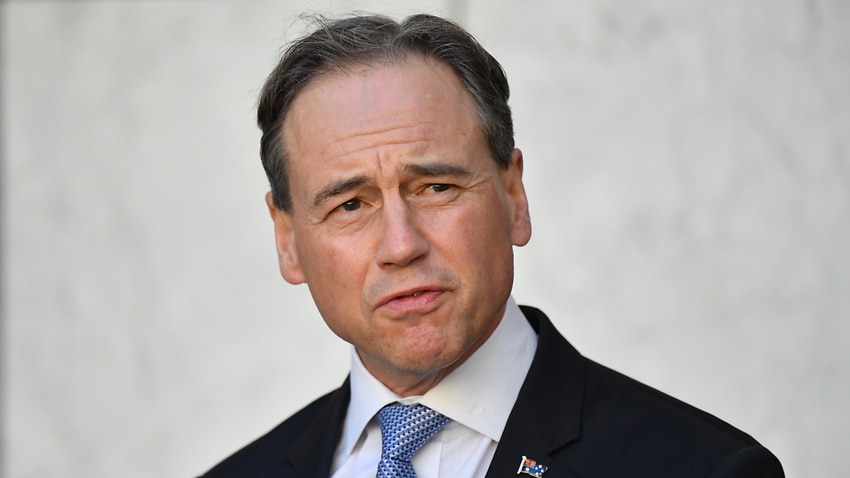 The Morrison government is under renewed fire over the vaccine rollout after revelations Pfizer tried in vain to speed up a deal last year.

Health Minister Greg Hunt has defended the five-month gap between Pfizer urging him to meet with senior global bosses and Australia's first contract.

"This is Scott Morrison's lockdown. It is a direct consequence of a failure to secure supply," he told reporters in Sydney on Thursday.

Opposition leader Anthony Albanese speaks to the media during a press conference at Parliament House in Canberra. Source: AAP

Mr Hunt insists the government was in contact with Pfizer throughout last year and the initial deal was made as quickly as possible.

"What we received was the earliest possible available and we received it in the quantities that they made available," he told the Nine Network.

"That's because, understandably, they were focusing on mass death in the countries where they were producing."

A high-ranking health bureaucrat was offered a meeting with senior global Pfizer bosses if Mr Hunt or departmental leadership was involved on 30 June last year.

"As the vaccine development landscape is moving swiftly, including through engagements with other nations, I am requesting this meeting occur at the earliest opportunity," the company's representative said.

The email also attached a letter to Mr Hunt requesting a meeting to open discussions about a potential vaccine deal.

Pfizer said it could supply millions of doses to the world by the end of 2020 before scaling up to hundreds of millions in 2021.

Health Department first assistant secretary Lisa Schofield replied three days later saying she, rather than the minister, would meet with the company.

While the company wanted confidentiality agreements signed for a high-level pitch, an introductory meeting was instead agreed to on 10 July.

Health Department notes from the discussion show Pfizer wanted to speed up the process and rapidly deploy doses.

Almost two weeks later, Pfizer told the government the UK and US had signed vaccine deals with the company.

The minister's office first met with Pfizer representatives on 4 August and Australia's first 10 million-dose deal was signed on 20 November.

Australia has fully vaccinated almost 40 per cent of its over-16 population while more than 64 per cent have received a single dose.

Mr Albanese said the nation was last in the developed world despite the prime minister last year declaring Australia was at the front of the queue.

"Other countries understood that it was a race to vaccinate their nations so as to avoid the lockdowns that half of Australia are enduring today," he said.

Victoria recorded 324 new infections on Thursday as Melbourne's outbreak continues to grow despite a harsh lockdown.

NSW - where there were 1,480 new cases on Wednesday - is expected to unveil its path to lift restrictions.

The ACT is also under stay-at-home orders.