A chartered plane carrying Australian and New Zealand residents from the coronavirus-hit Greg Mortimer cruise ship stranded off the Uruguayan coast is expected to land in Melbourne on Sunday.

More than 100 Australian and New Zealand residents aboard a coronavirus-hit cruise liner anchored off the coast of Uruguay are expected to fly into Melbourne over Easter.

Aurora Expeditions, the operator of the coronavirus-plagued Greg Mortimer ship, has chartered an evacuation flight from Uruguayan capital Montevideo which is scheduled to arrive in Australia on Sunday.

"Our priority remains getting everyone on board disembarked as soon and as safely as possible," a company spokesman said in a statement on Friday.

"It has been a very harrowing time for all involved." 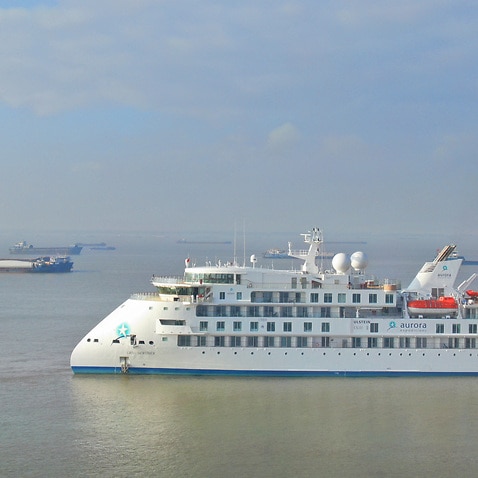 Of the more than 200 people on the vessel, 96 are Australian passengers and crew, and roughly 16 are New Zealand citizens.

The ship's operator confirmed this week 128 of 217 people on board - nearly 60 per cent - had tested positive for the coronavirus but all were asymptomatic.

However, the Department of Foreign Affairs and Trade told AAP five Australians have been evacuated from the Greg Mortimer and hospitalised in Montevideo.

Uruguay's foreign ministry said those remaining on the ship would be bussed to the airport, escorted by local police. 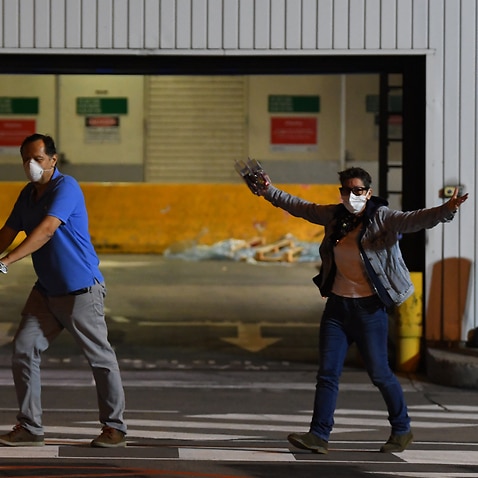 Medical personnel would also accompany them on the repatriation flight, with the company footing the bill for the journey under insurance.

"The plane will be set up into risk zones, with passengers seated by test results and level of care required by passenger," Aurora Expeditions said.

Once in Melbourne, the returned travellers will be moved to a facility to serve their mandatory 14-day quarantine period.

The Greg Mortimer departed on 15 March on a voyage to Antarctica and South Georgia but has been docked off the coast of Montevideo for multiple weeks.

More than 280,000 Australians have returned home in recent weeks, with some 6200 of those people disembarking from 45 cruise ships around the world.

At the time, Sydney resident Nicholas Bennett told SBS News he was extremely concerned for his parents - Phil, 77, and Elesa, 72 - who were on a "trip of a lifetime" when the pandemic hit.

"They're pretty much sitting ducks now," he said.

Following the announcement of the flight home, the couple's daughter, Jean McKinnon, said the family was "over the moon" but wouldn't celebrate until the couple were on the plane.