A photo on the company's online website of a black boy wearing a green hoodie with the inscription "coolest monkey in the jungle" had triggered outrage on social media and among observers worldwide.

The company has pulled the photograph but the Economic Freedom Fighters (EFF) - a radical group set up by the expelled head of the youth wing of the ruling African National Congress - organised protests at several H&M outlets in and around Johannesburg.

Video footage showed activists trashing displays, kicking over and pulling down clothes rails as well as pushing over mannequins.

"Several incidents of protests at H&M stores around the province have been reported," South African police (SAPS) said in a tweet.

"At the East Rand Mall the protesters managed to enter the shop & stole several items. #SAPS members had to intervene and dispersed the group of protesters by firing rubber bullets."

Floyd Shivambu from EFF said: 'That @hm nonsense of a clothing store is now facing consequences for its racism. All rational people should agree that the store should not be allowed to continue operating in South Africa." 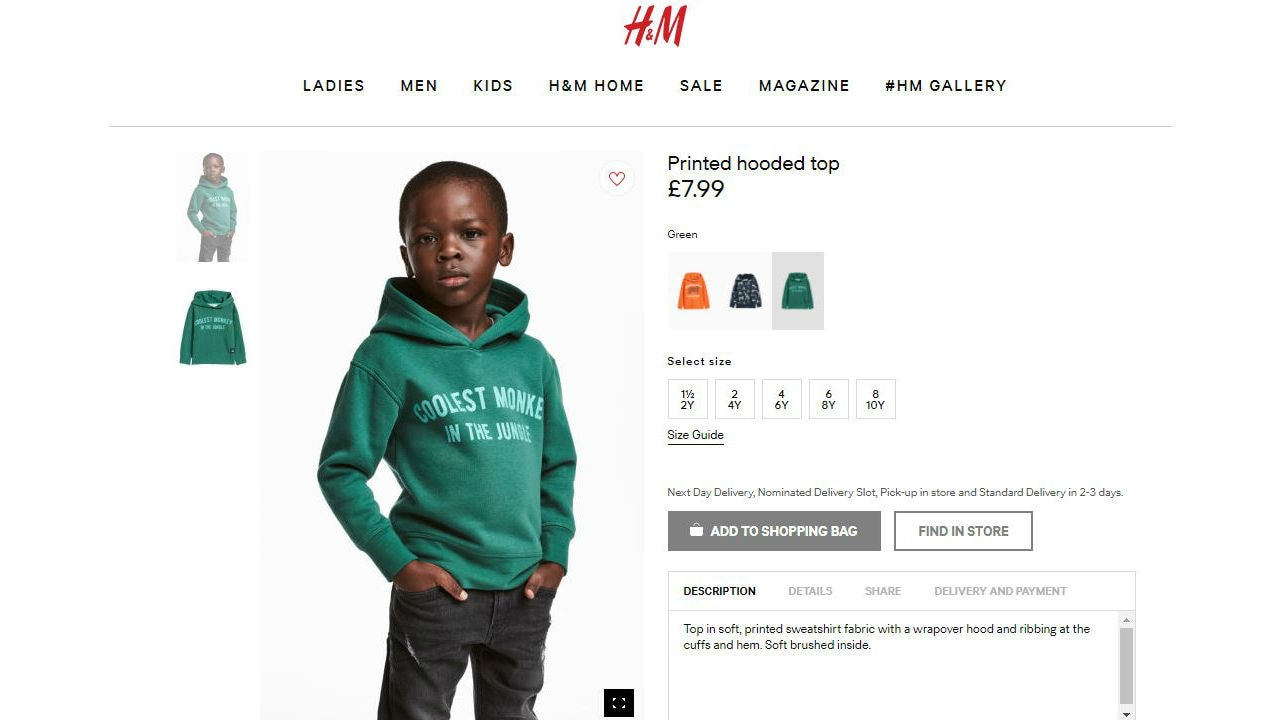 A black boy models a hoodie with the slogan 'coolest monkey in the jungle' on the H&M website.
H&M

H&M is not the only major company to be hit by an advertisement scandal in recent years.

Spanish clothing brand Zara in 2014 removed striped pyjamas with a yellow star after facing outrage over its resemblance to clothes worn by Jewish prisoners in concentration camps.

And in October last year, personal care brand Dove apologised after it was accused of racism for airing a commercial showing a black woman turning into a white woman after removing her top.

That @hm nonsense of a clothing store is now facing consequences for its racism. All rational people should agree that the store should not be allowed to continue operating in South Africa. Well done to Fighters who physically confronted racism. pic.twitter.com/cgdedYGoOj