As Australia decides whether to legalise same-sex marriage, the US version of events tells us what could happen next.

When Jim Obergefell’s husband died of motor neurone disease in 2013, his name was not listed under 'spouse' on the death certificate.

The midwestern state of Ohio at the time refused to recognise same-sex marriages.

It was an indignity which led Mr Obergefell all the way to the Supreme Court of the United States.

On 26 June 2015, the court issued a ruling which now stands among the most high-profile civil rights judgments in the country.

The case of Obergefell vs. Hodges led to marriage becoming recognised as a constitutional right for all Americans – gay or straight – across every state and territory.

It was a narrow 5-4 victory but one that took immediate effect and was designed to end a culture war that had raged across the US for more than a decade. 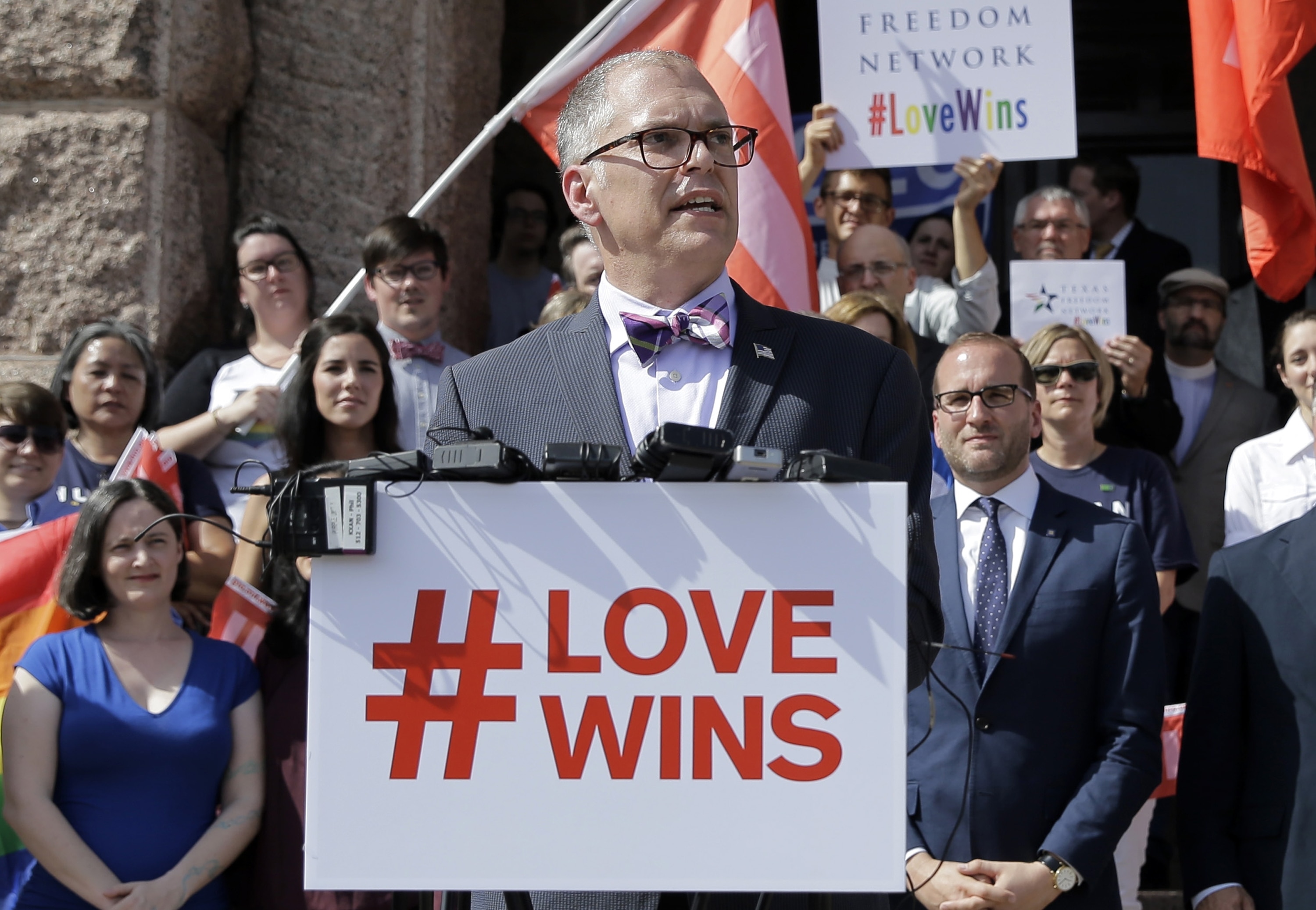 Jim Obergefell on the steps of the Texas State Capitol during a rally in June 2015.
AP

Mr Obergefell says he couldn’t wait to get out of the courtroom and join the crowds he could hear celebrating outside.

"We felt seen by our government and we were optimistic that this major step in the right direction would bring us all the way to full equality sooner rather than later," Mr Obergefell tells SBS News.

"For the first time in my life as an out gay man, I felt like an equal American."

That night, the Obama White House lit up in rainbow colours.

Two years on, as Australia decides on same-sex marriage, what was once one of the most bitterly contested social issues in the US is hardly ever publically debated.

In the 2016 presidential race – one of the country’s most divisive, identity-driven political campaigns in history – same-sex marriage barely got a mention.

"Settled law" was the go-to phrase for both Donald Trump and Neil Gorsuch, the president’s stridently conservative Supreme Court pick.

In 2017, same-sex marriage announcements regularly appear in newspapers. Ten per cent of LGBTIQ Americans are married, as are 61 per cent of cohabiting same-sex partners, according to figures from US thinktank Pew Research Center. 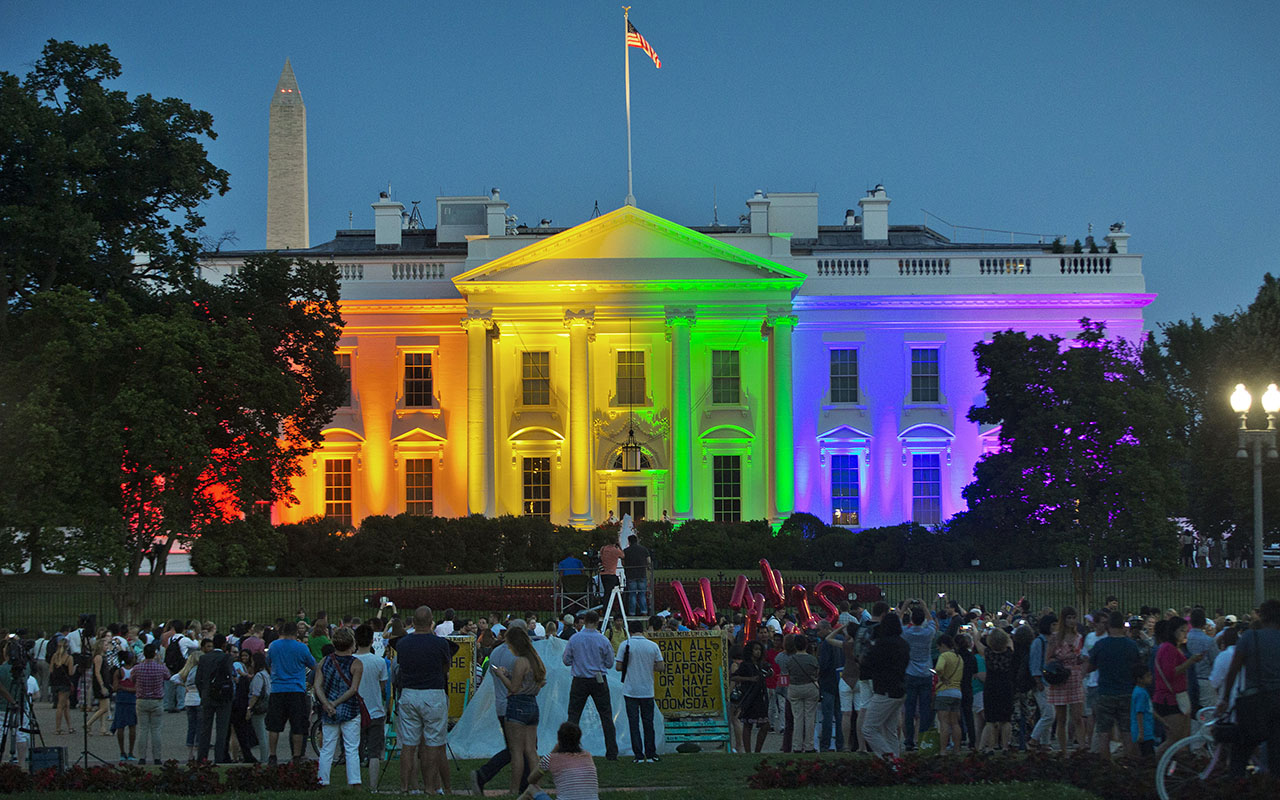 The White House lit up in rainbow colors on 26 June 2015 after the ruling to legalise same-sex marriage in the US.
AP

Mr Obergefell says he hopes that as more and more same-sex couples marry, the US is moving towards a day he has always dreamed of: "when ‘gay marriage’ will no longer exist, and it will simply be 'marriage'".

'Ripping off the band-aid'

When the Supreme Court ruled in favour of Mr Obergefell, public support for same-sex marriage in the US was at an all-time high of 57 per cent. Two years on, Pew Research Center pegs it at 62 per cent.

And the social change happened quickly, with public sentiment around same-sex marriage only shifting to a supporting majority in 2011.

In the immediate aftermath of the decision, as supporters celebrated, opponents mulled their options.

Focus on the Family, one of the most vocal Christian organisations opposed to same-sex marriage, floated constitutional amendments, Supreme Court impeachment and held hope that a future court would reverse the decision. Protestors at a Seattle rally in support of traditional marriage in May 2014 where Focus on the Family founder James Dobson was due to speak.
Getty Images

But Gregory Angelo, president of conservative gay rights group the Log Cabin Republicans, says two years on there appears to be no real appetite for revisiting the debate after the Supreme Court "ripped off the band-aid".

"There is recognition that you’re not going to be able to put the toothpaste back into the tube at this point," he tells SBS News from Washington DC.

"We have now entered into an era where I think most Americans, if they are not explicitly supportive, at least do not feel bothered by it, let alone threatened," he says.

It is a state of play which Focus on the Family advocate Bruce Hausknecht reluctantly acknowledges – at least in the short term.

"We were disappointed that marriage has been redefined," Mr Hausknecht tells SBS News from Colorado Springs.

"We will always accept that we do not control culture – but who knows what the future holds."

There also appears to be increasing support for same-sex marriage among Christian groups.

Pew Research Center's most recent data shows that more than two-thirds of white Protestants and Catholics now support marriage equality. A majority of black Protestants and white Evangelicals remain opposed – but opposition within those groups is also eroding.

"All the doom and gloom that had been prophesied regarding treatment of churches and people of faith really has not come to pass," Mr Angelo claims.

But Focus on the Family disagrees. It sees religious liberty as a serious looming battleground.

Mr Hausknecht says Focus on the Family is troubled by the "mainstreaming" of homosexuality, particularly its treatment within anti-discrimination laws as equivalent to race.

There have been instances of photographers, bakers and bridal shops in the US refusing service to same-sex couples and suffering legal action as a result.

In one of the more extreme cases, a same-sex couple was awarded US$135,000 ($171,000) in damages after the Oregon Bureau of Labor and Industries ruled a cake shop had violated anti-discrimination laws by refusing to bake their wedding cake. A same-sex couple was awarded $171,000 after a cake shop refusing to bake their wedding cake.
AFP/Getty Images

Mr Hausknecht says such cases are a direct "downstream effect" of same-sex marriage being legalised, although similar ones did arise before.

One such case involving a Colorado bakers will be heard by the Supreme Court in late 2017. Jack Phillips, the Christian owner of Masterpiece Cakeshop, refused to provide a wedding cake for a same-sex couple in 2012. He will argue that his "art" should be exempt from anti-discrimination laws because he has a right to free speech.

It is the latest talking point in the LGBTIQ culture wars in the US, and Mr Hausknecht believes that despite there being only a handful of reported cases across the country, 'baker wars' will give people second thoughts about supporting same-sex marriage.

"That may take some time to reach a boiling point, but it certainly has reached the Supreme Court," he says.

"That’s twofold - there is not a crisis of LGBT couples unable to find a baker or a photographer for their wedding, nor is there a widespread attack on people of faith and goodwill who want to accord with their beliefs."

But there is one impact of same-sex marriage legislation that advocates may not have been prepared for.

The Log Cabin Republicans say they have noticed a slowdown in momentum for wider LGBTIQ equality in the US.

"It has been challenging to marshal the same public energy and enthusiasm as in the run-up to the marriage equality decision," Mr Angelo said.

"Most Americans probably remain ignorant of the fact that it is still legal to fire a person from their job based on their LGBT status."

With no federal legislation in place, LGBTIQ Americans are reliant on state governments to protect against employment discrimination - which as of October 2017, only 20 of the 50 states cover.

Mr Angelo says he has also noticed a growing schism between LGBTIQ Republicans and LGBTIQ Democrats now the cause of marriage equality no longer unites them. 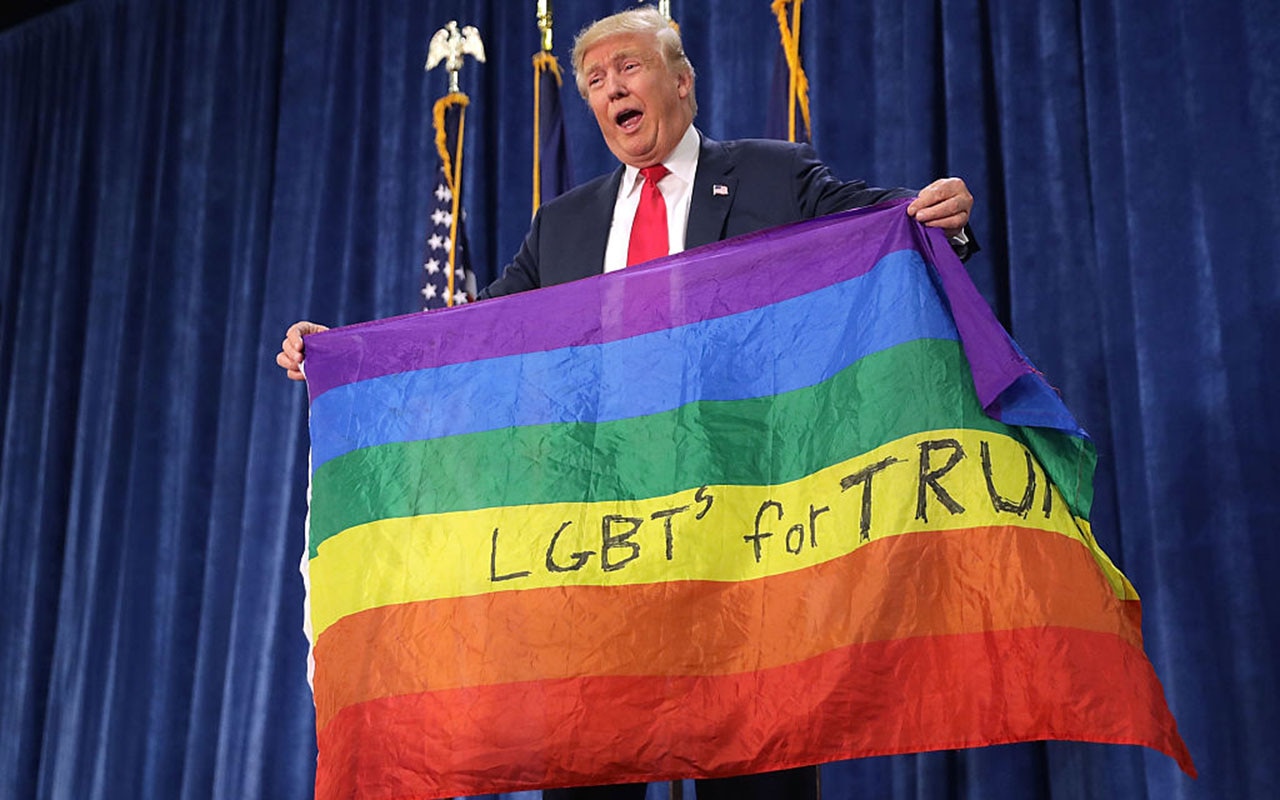 Donald Trump during a campaign rally in Colorado in October 2016.
Getty Images

Despite Donald Trump once waving a rainbow flag at supporters during the 2017 election campaign, his administration has since been criticised for winding-back LGBTIQ protections, blocking transgender service in the military and appointing conservatives with anti-LGBTIQ records – including Attorney General Jeff Sessions and Education Secretary Betsy DeVos.

As a result, the country’s primary LGBTIQ advocacy group, the Human Rights Campaign, has adopted an anti-Trump ‘#Resist’ mantra.

"Since the moment he walked into the White House, Donald Trump has attacked the progress we have made toward full equality," a section of the group’s website dedicated to criticism of the Trump administration reads.

For his part, Mr Obergefell says he is dismayed by Mr Trump's record on LGBTIQ rights – which also includes reversals of Obama administration guidelines on non-discrimination in healthcare and education.

Under Mr Trump, the Justice Department has also sided with bakers and employers in some cases of LGBTIQ discrimination.

"We might have the right to marry," Mr Obergefell says, "but our rights and value as American citizens and human beings are under attack, with no relief in sight".

Marriage equality may be 'settled law’ in the US, but the culture wars appear far from over. 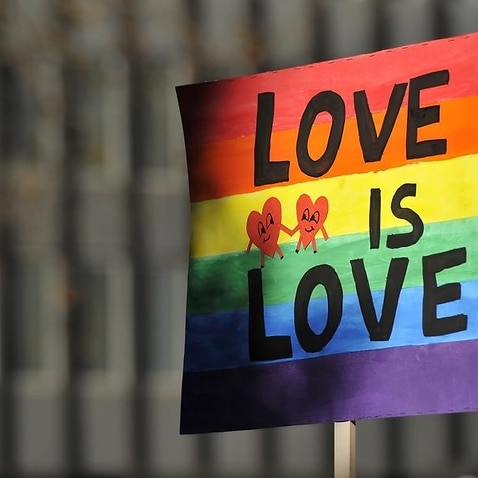 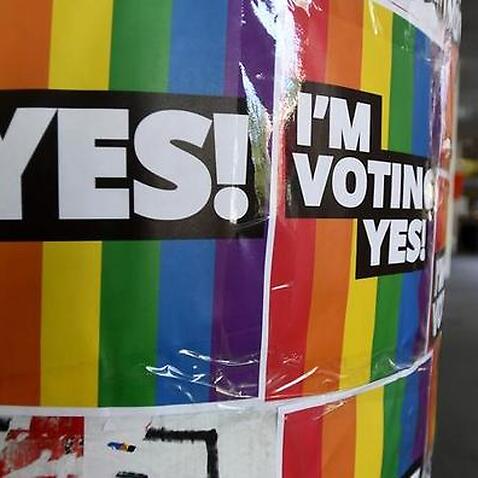