Australians can now contribute to a special fund set up to help the loved ones of New South Wales rural firefighters Geoffrey Keaton and Andrew O'Dwyer.

The NSW Rural Fire Service has set up a dedicated account to collect donations for the families of two volunteer firefighters who were killed southwest of Sydney last week.

On Thursday, Geoffrey Keaton, 32, and Andrew O'Dwyer, 36, died after a falling tree caused their fire truck to roll at the Green Wattle Creek fire.

NSW RFS has a dedicated account for families of firefighters Geoffrey Keaton & Andrew O'Dwyer, who were killed on duty at the Green Wattle Creek fire. Funds will be equally distributed between the spouses, & tax receipts will be provided. https://t.co/es0nDKFTCs #nswrfs #nswfires pic.twitter.com/NcwzJQxYgS

"Since this devastating event, many people have kindly asked how they can help these firefighters' families ... All funds received will be equally distributed between the spouses of Geoffrey and Andrew."

The RFS said Mr Keaton joined the service in 2006 and Mr O'Dwyer joined the Service in 2003. Both were members of the Horsley Park Rural Fire Brigade.

Since their deaths, there has been an outpouring of grief from their brigade and the local community.

A makeshift memorial has been set up outside the local brigade headquarters.

"Not all heroes wear capes, sending our prayers, thoughts and strength," reads one card. "To our hero, thank you for your service. RIP," said another. 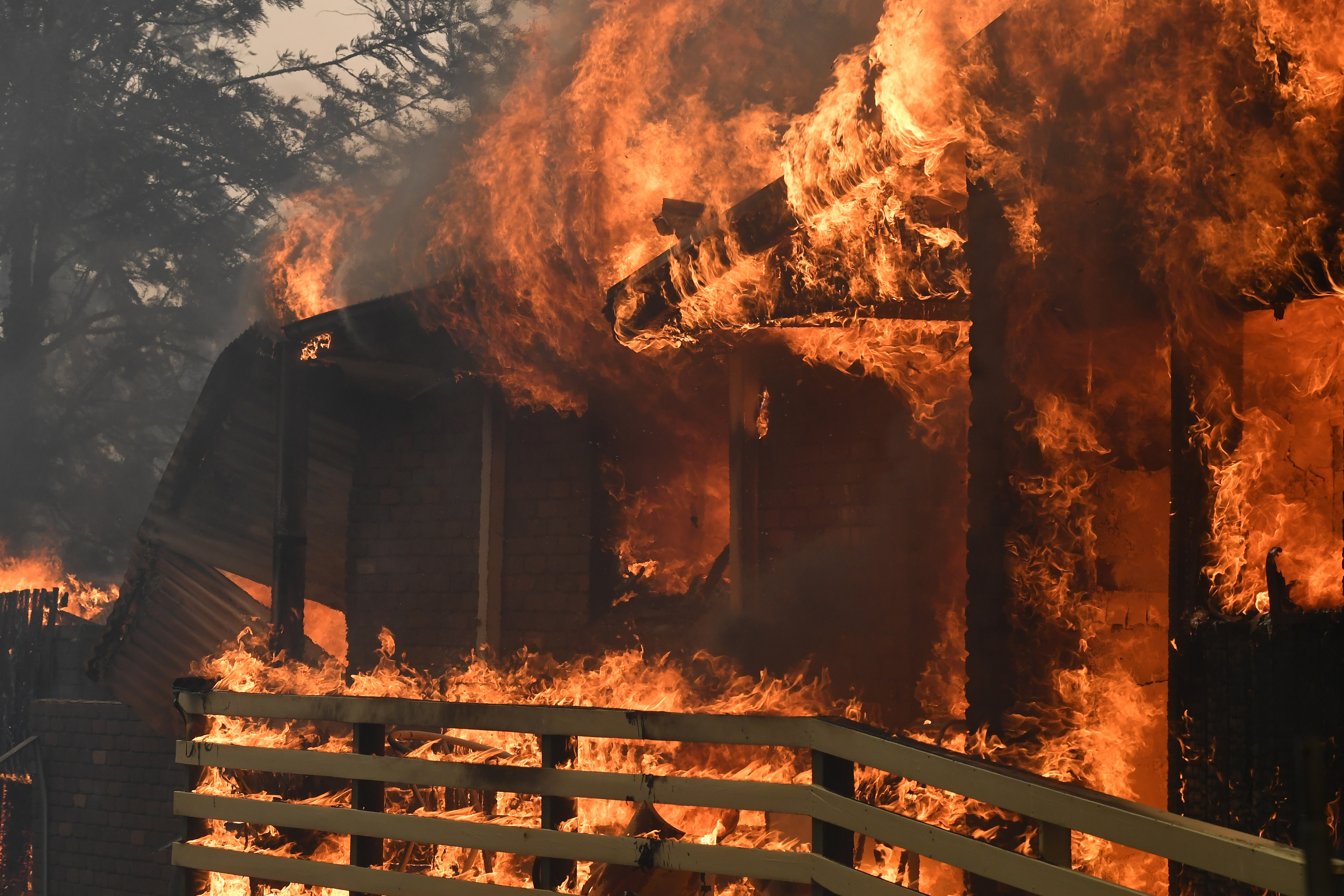 The firefighters died not far from this blaze in Buxton, south-west of Sydney.
AAP

Prime Minister Scott Morrison said the deaths prompted him to return to Australia from his controversial holiday in Hawaii.

"The reason I have returned is out of a deep respect and sympathy for those Australians who were tragically killed a few nights ago," he told reporters on Sunday.

"That demanded my attendance here, I believe, out of simple respect and sympathy for them and what they were going through and that is why I have been pleased to return." "These two brave young men who lost their lives, represent, for us, the thousands and thousands of volunteers on the ground today, and tomorrow, and in the days coming, who put their own life, their own safety, on the line to protect others," she said.

After a "horror" day of fires in several parts of the nation on Saturday, conditions have improved on Sunday.