Australia's Human Rights Commissioner has called for the "urgent" and "immediate" release of immigration detainees in line with recommendations of peak medical bodies advising the federal government on their response to COVID-19.

Commissioner Edward Santow in an exclusive interview with SBS News said they should be put into community detention where it is safe to do so. 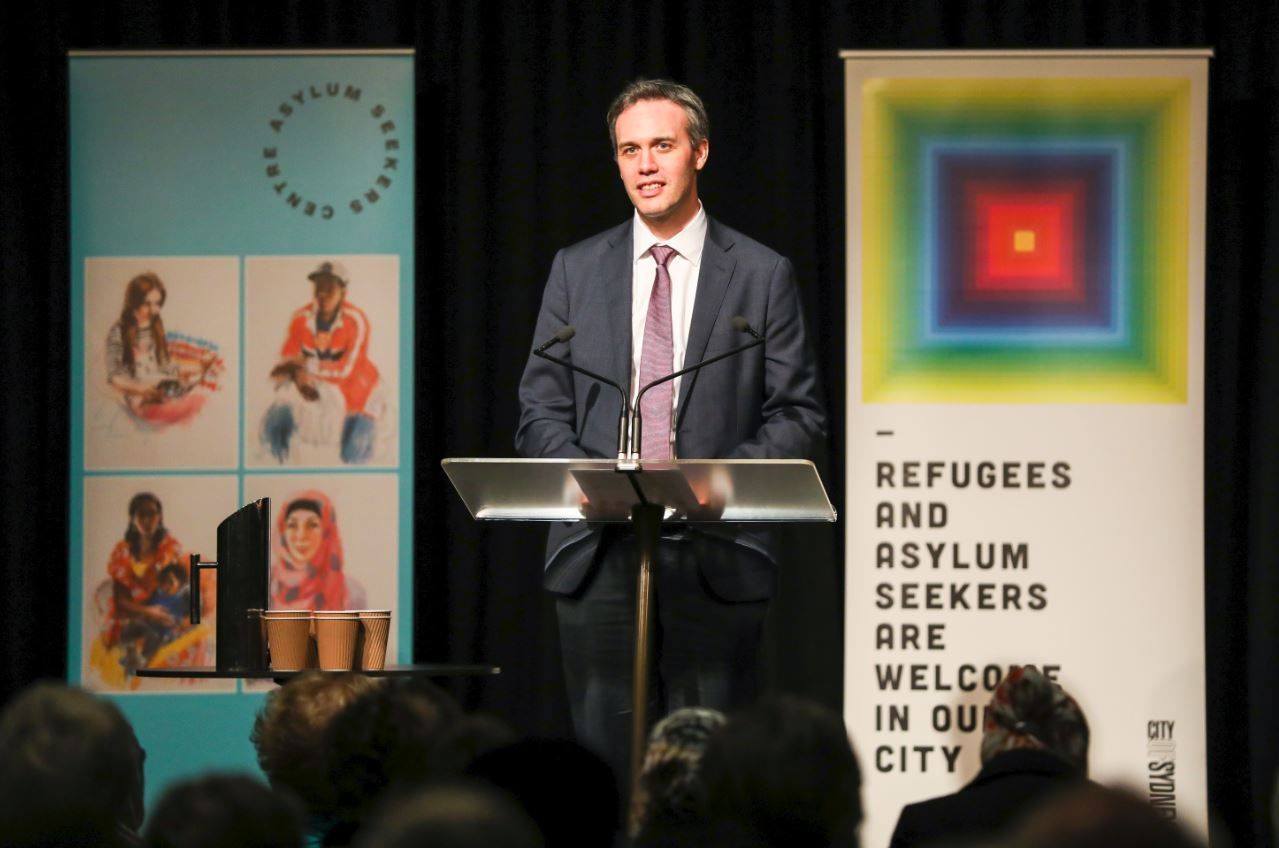 About 1,400 people are currently in detention centres on mainland Australia, including in "alternative places of detention" (APODs) where there have been daily protests in Brisbane and Melbourne.

"We need to heed experts who have been guiding all the government's activities here," said Commissioner Santow.

"I recognise this is not an easy problem for the government to face but the immediate problem is you have a large number of people in a small space in a variety of immigration detention facilities, and we need to move as quickly as possible to reduce the number in that space. 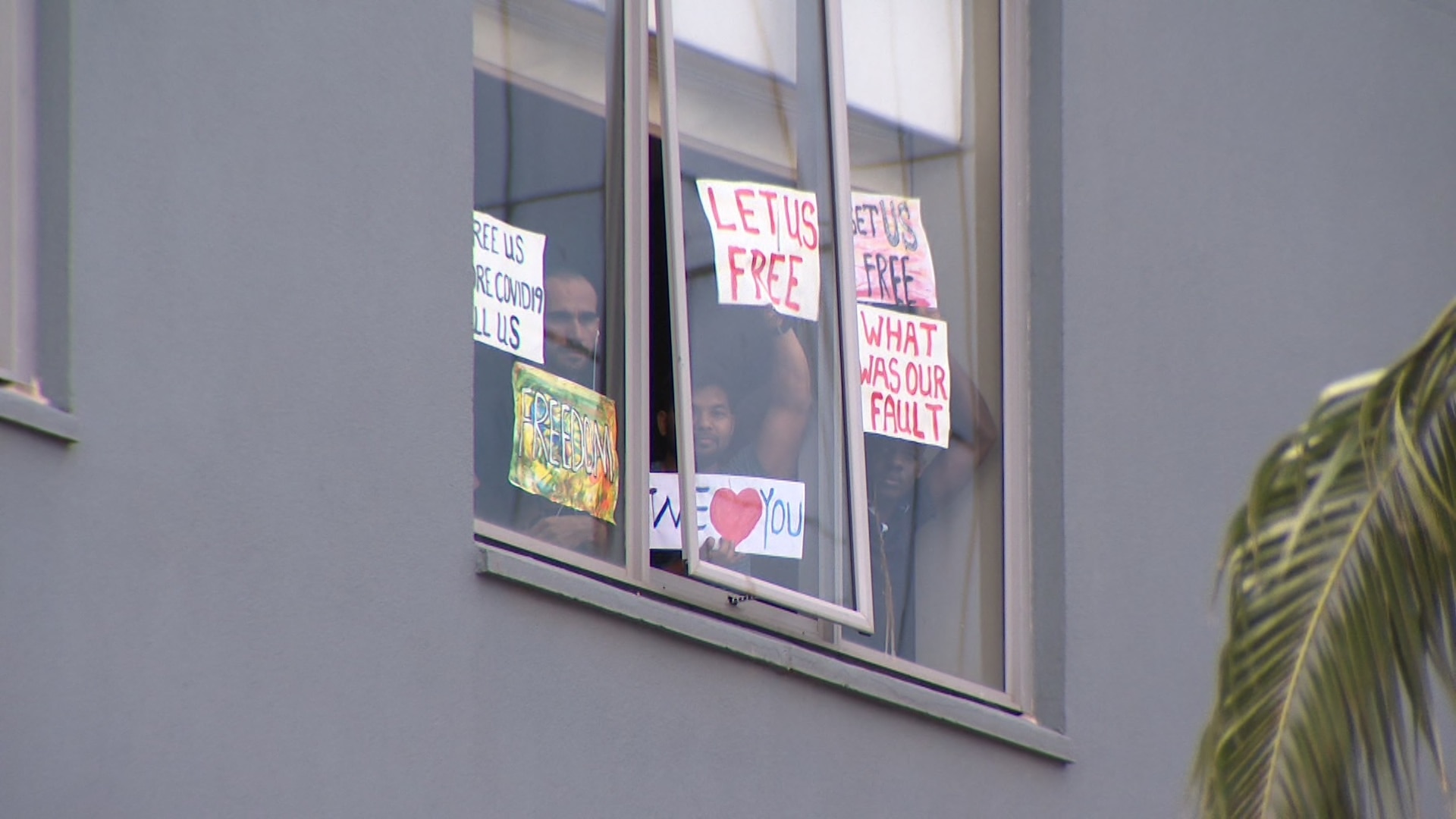 "Putting people in community detention would enable people to practice social distancing, as we are all urged to do, and do that as soon as possible."

No confirmed cases among detainees

The Department of Home Affairs in a statement to SBS News said no detainees have tested positive for coronavirus but anyone showing symptoms "may be quarantined and tested" as part of the Commonwealth’s response to the pandemic.

"Australian Border Force, and service providers, remain focussed on the health and safety of all detainees and staff during this time," it said.

"We continue to follow the advice of the Department of Health and other health officials.

The Department of Home Affairs did not respond to questions about how many people had been tested in immigration detention or if community releases were being contemplated.

Detainees at Sydney's Villawood detention centre staged a rooftop protest over the weekend to highlight their concerns.

'Environment a breeding ground for virus'

For two weeks, 120 refugees and asylum seekers detained at the repurposed Kangaroo Point Central Hotel in inner-city Brisbane have held daily protests calling for their release, as have about 60 detained at a Mantra hotel in the Melbourne suburb of Preston.

Most were medically evacuated from offshore processing facilities on Manus island in Papua New Guinea or Nauru - and some have been detained for up to 10 months in Australia, and up to seven years since landing on Christmas Island. "The men have very small hotel rooms, there are two men to a room. As a nurse, I can see the close proximity and the closed environment means it would be a very good breeding ground for a virus to spread," said federal Labor MP Ged Kearney about the Mantra hotel in her electorate.

She visited the detainees before the pandemic, supports their release into community detention and has made representations to acting Immigration Minister Alan Tudge but said it is not Labor party policy.

"Community detention is a better solution, but you have to take into consideration security issues and take case-by-case situations, but certainly if we could get the majority into community detention that would be a much safer situation," she said.

"Personally I would certainly support as many people as possible be released."

The Australian Human Rights Commission (AHRC) regularly inspects and advises the federal government on detention facilities, alongside the Commonwealth Ombudsman who has oversight under the UN Optional Protocol to the Convention against Torture (OPCAT) treaty signed by Australia in 2017.

Commissioner Santow visited the centres, including the APODs, just before the coronavirus pandemic and is preparing a report for the federal government. 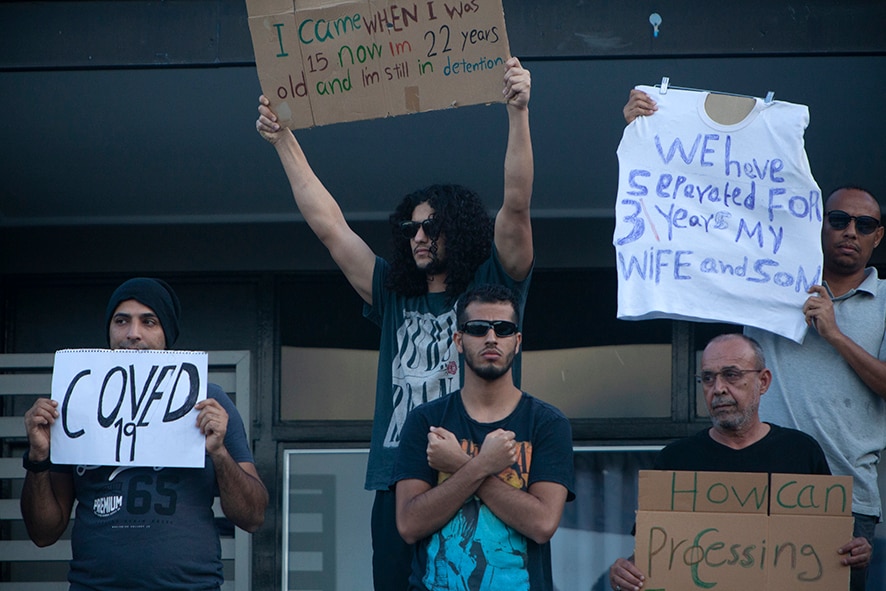 "The commission has set out a range of recommendations over an extensive period about how to improve the human rights protections in APODs but right now the most urgent issue is for people in detention to practice social distancing and at the moment the density of the number of people in immigration detention facilities, including APODS, is so great it is practically impossible to do that," Commissioner Santow said.

Hundreds of security guards and other workers enter and interact with detainees at detention centres and APODs daily.

One guard employed by contractor Serco in Brisbane tested positive last month but Home Affairs said there was no transmissions to detainees at Kangaroo Point APOD, or the Brisbane Immigration Transit Accommodation (BITA) at the airport.

Risk of transmission to wider community

Queensland’s premier Annastacia Palaszczuk said last week she is "not happy" with the situation at the Brisbane APOD and is taking up the issue with the federal government. The ASID and Australian College of Infection Prevention and Control (ACIPC) in March warned overcrowded conditions in detention centres potentially poses "a risk to staff who work at immigration detention facilities and, through the amplification of infection, the broader Australian community".

"We urge the Commonwealth government to consider the release of detainees into suitable housing in the community, if they do not pose a significant security or health risk.

"As a minimum standard, we would recommend that detainees should be held in single rooms with their own bathroom facilities.

"While this would not fully address the risk associated with COVID-19, and it certainly would not be as effective as reducing the overall numbers in immigration detention facilities, it would go some way to reducing the risk and could be considered the absolute minimum necessary step."