The International Monetary Fund saying the coronavirus pandemic has caused an unprecedented decline in global activity and warns governments not to cut off support too soon.

The IMF has laid out the unprecedented economic devastation caused by the coronavirus pandemic, as the WHO said it expects the number of global infections to soon hit 10 million and cases surge in the Americas.

The International Monetary Fund said that this "crisis like no other" would send the global GDP plunging by 4.9 per cent this year and wipe out an astonishing $US12 trillion ($A17.5 trillion)  over two years.

As many countries emerge from lockdowns hoping to resurrect their economies, the IMF warned that a potential second wave of infections could mean its already grim World Economic Outlook update underestimates the damage.

It said that many countries will face a recession more than double that which they suffered during the global financial crisis in 2008-2009.

For the first time, all regions are projected to experience negative growth in 2020. There are, however, substantial differences across individual economies. Find out more about individual growth projections in the latest #WEO https://t.co/WpXSzg9YxA pic.twitter.com/C1QKE5iay2

In its June update on the world economic outlook, the IMF forecasts Australia's economy will shrink by 4.5 per cent in 2020 and grow by four per cent in 2021.

This is a 2.2-point improvement on its April outlook.

Treasurer Josh Frydenberg said this is a stark contrast with other nations.

"According to the IMF, the economic outlook for Australia is the second-best among all advanced economies, second only to (South) Korea," he said.

Overall, the IMF is now projecting a deeper global recession, shrinking by 4.9 per cent this year, and slower recovery than it did in April. 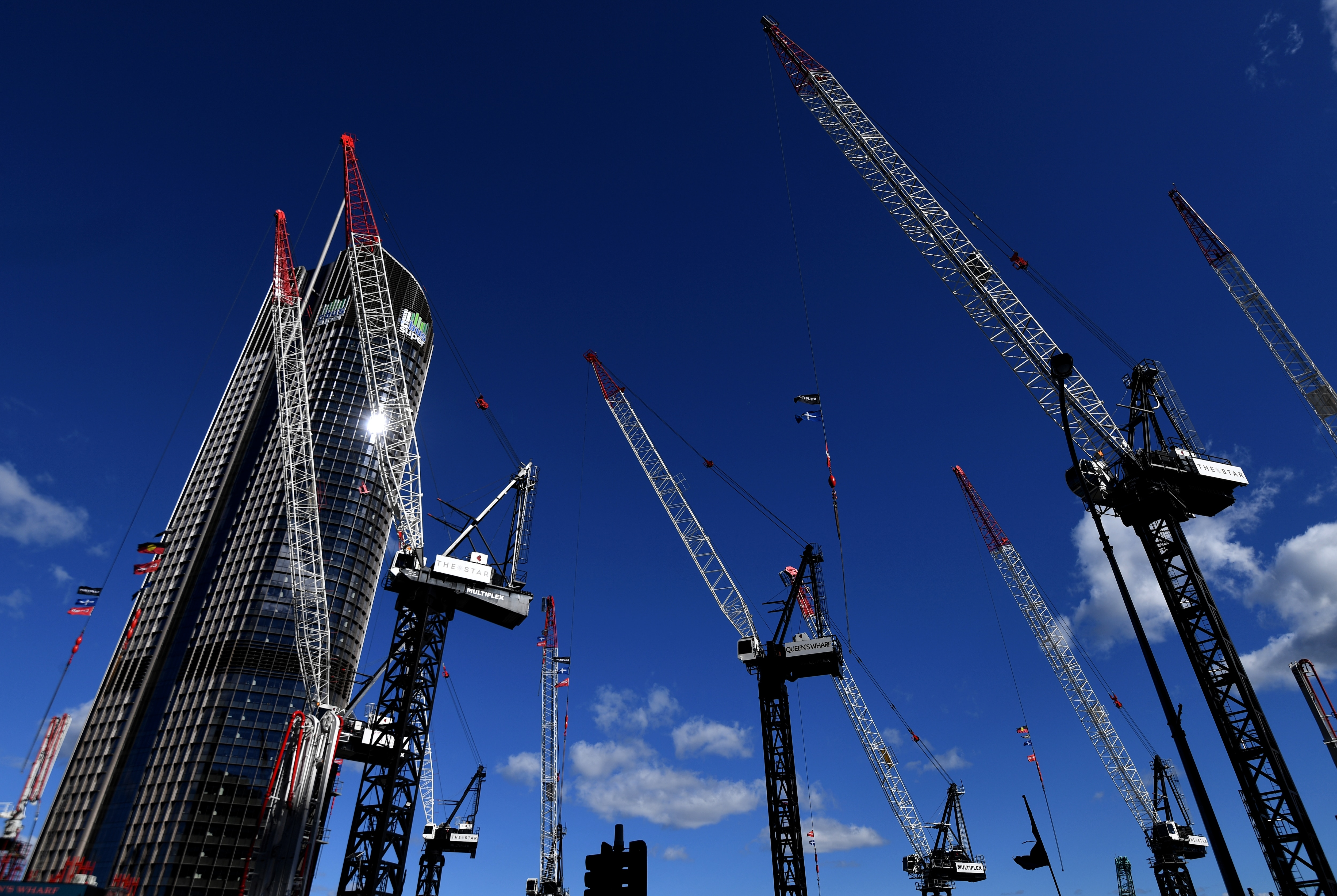 The IMF forecast that China, where the virus emerged late last year, would be the only economy that grows this year, by just one per cent.

The United States is forecast to shrink by eight per cent, Germany slightly less, while France, Italy, Spain and Britain would all suffer double-digit contractions.

The report said the crisis would particularly affect low-income countries and households, as well as threatening progress made on reducing extreme poverty.

The International Monetary Fund is warning governments not to abruptly cut off support such as wage subsidies and increased unemployment benefits just as their economies are getting back on their feet.

And it says once those economic supports are withdrawn, they should be replaced with broader spending on climate change action and social safety nets.

IMF economic counsellor Gita Gopinath puts the deterioration down to worse-than-anticipated outcomes in the first half of the year and more persistent social distancing measures in the back end. 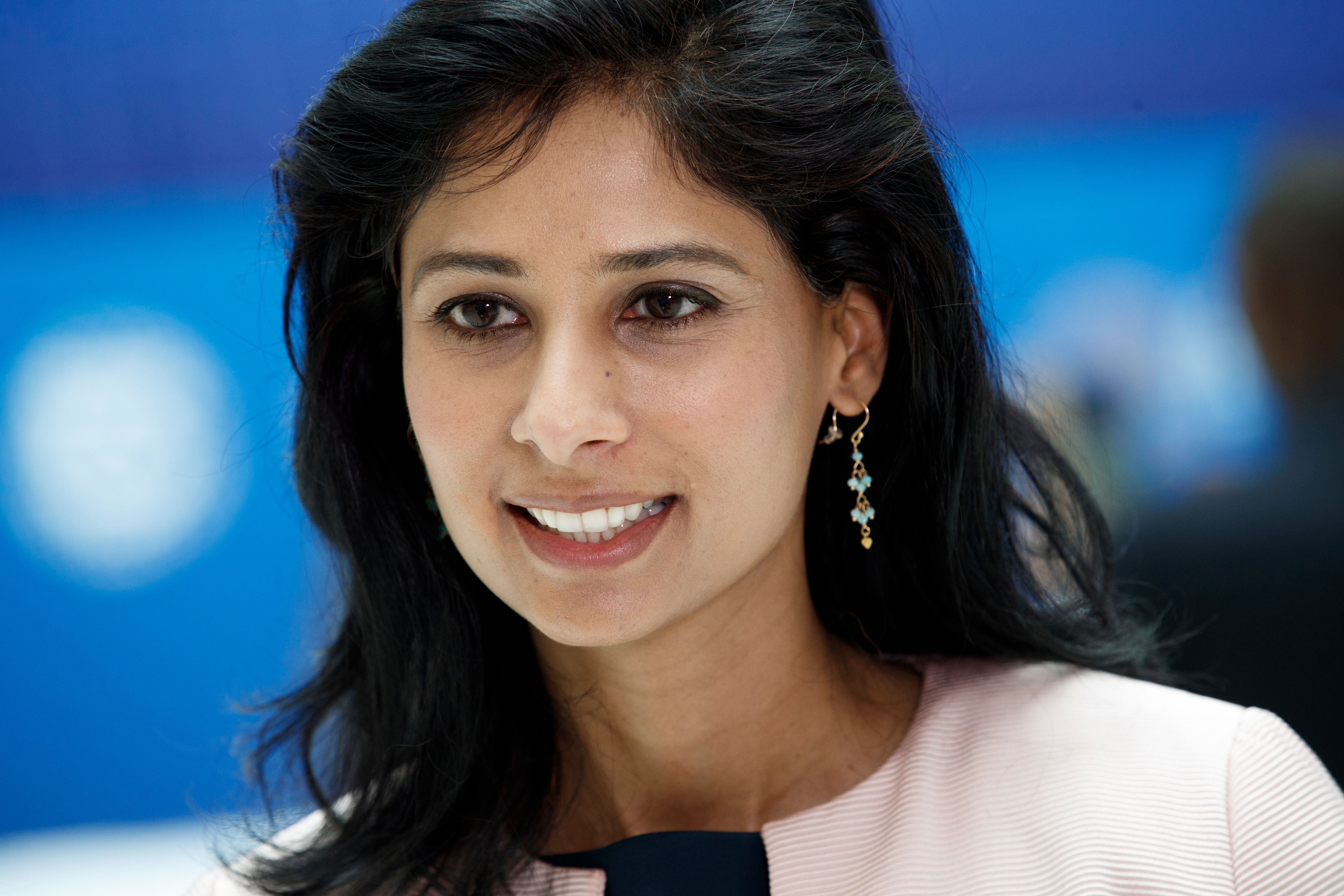 Chief Economist and Director of the Research Department at the IMF Gita Gopinath.
EPA

In advanced economies, the outlook notes people started voluntarily social distancing well before lockdowns, leading to a drop in spending, and this pointed to a continued fear of contagion that was likely to slow the economic recovery.

"Given the tremendous uncertainty, policymakers should remain vigilant and policies will need to adapt as the situation evolves," Dr Gopinath said.

The IMF says a gradual exit from targeted fiscal support is vital "to avoid precipitating sudden income losses and bankruptcies just as the economy is beginning to regain its footing".

It says wage subsidies, cash transfers, credit guarantees to business and widened criteria for unemployment payments should be replaced by public investment to accelerate the recovery and support the transition to a low-carbon economy.

There should also be an expanded social safety net in place for some time, plus subsidies to businesses to take on workers and more money for training. 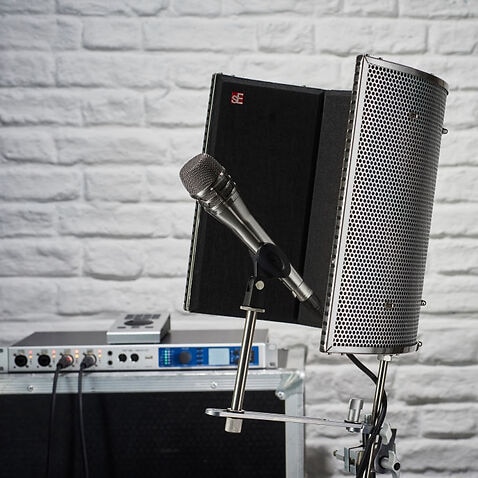 The Morrison government is considering what to do after its JobKeeper wage subsidies and doubled JobSeeker unemployment payment end in September.

Mr Frydenberg will reveal the response to a review of the programs when he hands down an economic statement on July 23.

Shadow treasurer Jim Chalmers says the IMF's comments highlight the dangers of any "snapback" in these policies "which could jeopardise the recovery before it even gets going".

"Failing to heed the advice of the IMF, the Reserve Bank and others would mean even more Australians are left behind by this government during the first recession in three decades," he told AAP in a statement.

Pandemic not yet at its peak

World Health Organization chief Tedros Adhanom Ghebreyesus said the global number of cases would reach 10 million within the next week after four million cases were recorded just in the last month.

The global figure currently stands at over 9.3 million.

"This is a sober reminder that even as we continue research into vaccines and therapeutics, we have an urgent responsibility to do everything we can with the tools we have now to suppress transmission and save lives,' he said.

"We expect to reach a total of 10M cases within the next week.
This is a sober reminder that even as we continue R&D into vaccines & therapeutics, we have an urgent responsibility to do everything we can with the tools we have now to suppress transmission & save lives"-@DrTedros

WHO emergencies director Michael Ryan warned that the pandemic had not yet reached its peak in the Americas.

He said it was "particularly intense in Central and South America" where many countries saw "between a 25 and 50 percent rise in cases over the last week".

Without isolating and quarantining contacts, "the spectre of further lockdowns cannot be excluded," he added. Michael Ryan, Executive Director of WHO's Health Emergencies reports a jump of between 25 and 50 percent in cases in Central and South America over past week.
Keystone

Globally, the number of COVID-19 deaths surged past 477,000 on Wednesday after doubling in less than two months, according to an AFP tally.

China said a new outbreak that has infected 256 people in Beijing since early June is "under control", but fears remain over the risk of community transmission.

Experts warned that small, recurrent outbreaks of the virus were likely in future.

Hard-hit Europe is reopening from lockdown after seeing the numbers of new cases and fatalities fall.

But Slovenia reinstated the mandatory use of masks in indoor spaces on Wednesday after recording a rise in cases.

It came a day after Germany reimposed restrictions on more than 600,000 people following a cluster of infections at a slaughterhouse.

And in Britain, medical experts warned of the "real risk" of a second wave and called for a swift review into the government's handling of the outbreak, a day after the biggest lifting of measures yet in England.

Experts have also warned that an early summer heatwave across the continent could lead to a surge in infections as people hit beaches and parks while ignoring social distancing measures. 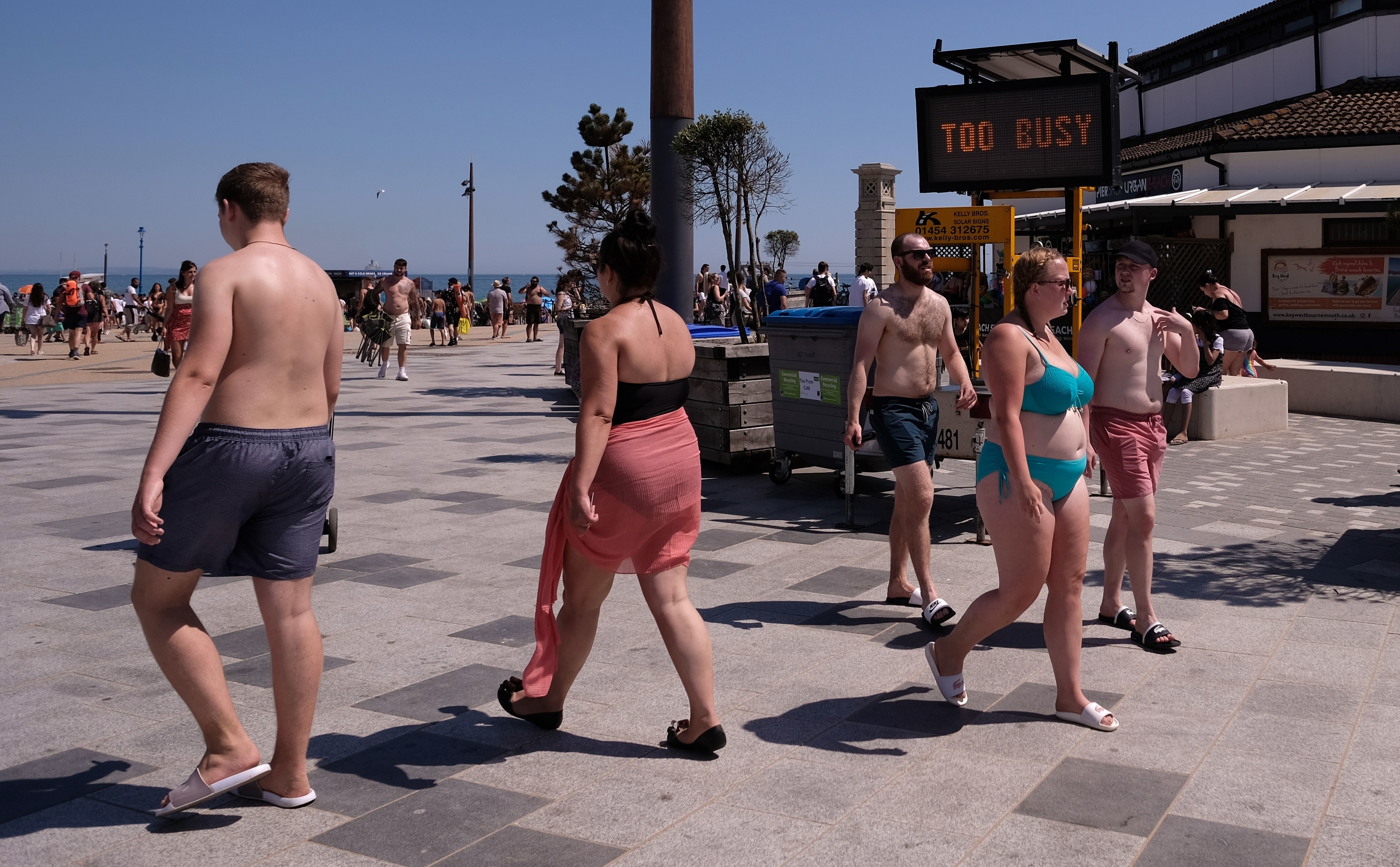 Council message Bournemouth beach telling people to head home if beach is too busy after the UK officially recorded its warmest day of the year so far.
EMPICS Entertainment

No masks were worn by participants and few by spectators at a huge parade in Moscow during World War II commemorations on Wednesday.

The pandemic also continues to cause havoc in global sports, with New York cancelling its famed marathon which had been planned for November 1.

World men's tennis number one Novak Djokovic tested positive after an exhibition tournament in the Balkans, drawing widespread condemnation for organising the event. 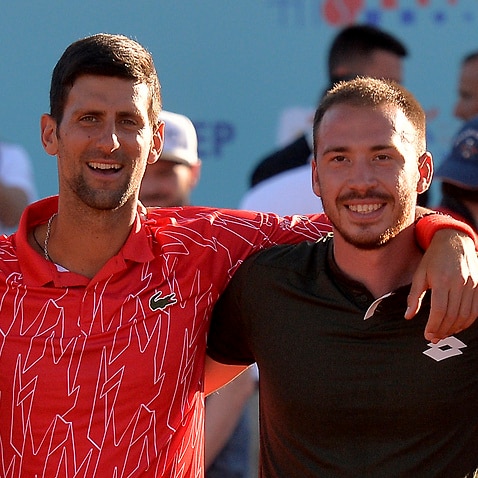 The United States has recorded more deaths than any other nation, with more than 121,000 from nearly 2.5 million cases.

White House advisor Anthony Fauci warned the next two weeks would be "critical to our ability to address... surgings" in Florida, Texas and other states.

President Donald Trump, whose handling of the crisis has been widely criticised, meanwhile doubled down on comments that he had wanted to slow testing because so many official infections made the US look bad.

"I don't kid," Mr Trump said, after a White House official described his initial comments as just a joke.

Latin America has been one of the world's worst hotspots for weeks, and

The number of deaths in Latin America and  the Caribbean surpassed 100,000 on Wednesday, with Brazil the hardest-hit country.

A federal judge ordered Brazil's President Jair Bolsonaro, who has famously compared coronavirus to a "little flu," to wear a mask in public, after the far-right leader repeatedly flouted containment measures.