COVID: How a dog is helping our family through some of lockdown’s hardest days

Krati and her partner – who are both healthcare workers who live in Melbourne – have had plenty of ups and downs during COVID lockdown. But it’s because of their beloved dog, Orbit, that they’ve found a reason to smile. 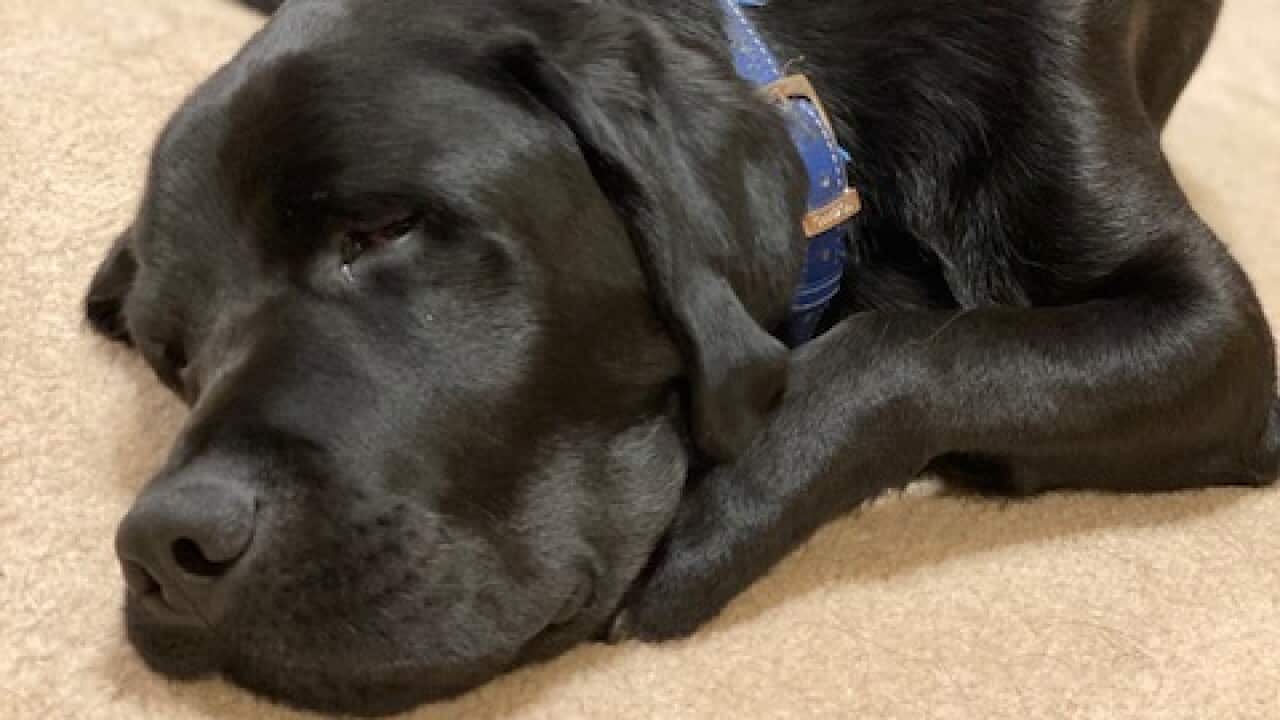 Video above: Carolyn saw no point in living - until Sarge came along and turned things around. Research reveals just how vital pets can be in improving the mental health of humans.

As my family and I grapple with Melbourne’s stage four lockdown restrictions, my partner, an intensive care doctor, rang me on his way home from work one day. He had, had a rough day. A young child died by accident, there were cancer patients who had a poor prognoses and his nose was sore from wearing the N95 masks for hours at a stretch. He also hadn’t had time to eat during his 12 hour shift.

An outbreak of infections at his hospital meant he was also short staffed. I was getting tired of the repetitiousness of our conversations.

Advertisement
I had, had a tough day too. I’m an oral surgeon who works on that tiny, fiddly area of the body which sprays saliva and blood around. Throw in a highly infectious virus and it quadruples the challenge.

The weekend that my partner was supposed to be on his break, after weeks of non-stop work, there was a chance he would have to go back on the hospital floor. It meant I wouldn’t get a break either. Respite is hard to find during a pandemic. I was irritated.

As I stirred curry on the stove I didn’t hear the garage door lift but I saw a black thing shoot past me with the speed of light.

This black thing is our two-year-old pet, Orbit, who still thinks he is a puppy. He is one of the few beings who might be enjoying this lockdown.

Orbit was jumping up and down near the front door and as my son opened it to greet his Dad, Orbit dashed out and jumped at my partner. He stood on his hind legs and rested his front legs on my partner’s arms.

I heard the oscillations of his tale hitting the doors of the two cars in our tiny garage, a fast train on a track.

I forgot my frustrations and anger. We all get transfixed by the playful act of this ridiculous black thing.

In these challenging times Orbit has been a joyful distraction.

The
interspecific relationship
between dogs and humans dates back to tens of thousands of years and therapeutic effects of pets on mental health have been proven in many
studies
. The pandemic and isolation have reaffirmed those proven benefits of bonding with pets.

The RSPCA have reported a great surge in pet adoption during the pandemic. They moved to an online application process for pet adoption and they have received 27,000 applications since April. They have also been inundated with foster carer applications.

A
survey
conducted by Monash University on 384 dog and cat owners, and non-pet owners, evaluated their mood, mindfulness and loneliness levels during the stage three COVID-19 lockdown. While cat and dog owners in the survey endorsed the mind and mood benefits of owning a pet, dog owners felt a far greater sense of “purpose, motivation and routine”.

Orbit has definitely brought that sense of purpose and unconditional stability to our dynamic household. His routine gives us a reason to disengage with the complexities of being healthcare workers in a pandemic, of being parents to a young child and being children to older parents. Of being first generation migrants and perpetually worrying about the home we left behind and the home we have since created.

His needs, as basic as those of a toddler, allow us the time to process things slowly and come to grips with an ever changing new normal.

He lights up an otherwise solemn facetime conversation with parents overseas when he jumps up and down on hearing his name from a voice that he has not heard in a very long time.

The
mental health effects
of isolation and lack of social interactions are undeniable so having a four legged mate in the house seems to have helped us all cope better.

There are days when things have gone beyond the realms of our comprehension and this black hairy creature becomes more demanding as if sensing our need to self-destruct and his need to save us from doing that.

A few weeks ago, when
stage four restrictions
were newly imposed, my time at work was hard. Constantly changing work guidelines, organising permits, rising healthcare worker infections, and the news of known people dying overseas from COVID-19 were all hitting me at once. I was not in a good state of mind.

It was getting dark and windy and I could hear a storm brewing . As I sat at the edge of my bed after a long shower trying to make it all go away, I was suddenly jolted into reality by some movement on the steps.

Normally Orbit would never come upstairs unless called. But something must have scared him. I tried to take him downstairs but he wouldn’t leave.

Perhaps he was spooked by the storm. I sat on top of the stairs with him, his lean black body snuggled between me and the balustrade. We sat there for a long time with me stroking him as he rested his head on my shoulder.

I eventually forgot who was comforting whom. It was meditative. When he was ready to go back to his bed downstairs I knew I was ready too.

Through the ups and downs of Melbourne's lockdown, Orbit has been a constant source of comfort. Source: Supplied

While I have these transcendental moments with him, he is very much my partner’s dog. I think the early investment in toilet and behaviour training has paid off for my partner who also fractured his wrist while protecting Orbit from an off leash dog when Orbit was a young pup.

I don’t get the jumping up and down, excitable howling welcome that my partner does. I won’t find him near the door when I let myself in. If he is awake he will get up from where he is, lick my scrubs, and roll over for a belly rub.

But I don’t care. Our relationship has evolved in the last two years and more so over the last six months. Orbit has consolidated his place in my circle of first responders.

Being attacked by a street dog in India years ago, I have come a long way from being fearful of dogs, to loving them. A stray dishevelled dog had jumped on me and dug his nails into my leg as I was waiting for a friend on my scooter. The incident haunted me for a long time. It took a series of good experiences with other people’s pet dogs to get over it.

During the last few months of isolation, gruelling routines and managing the schooling of a nine-year-old, I have sought extreme comfort from this being who does not ask any questions. He is consistent and predictable, something that I have longed for in this roller coaster of a year.

He reminds me that one can be really happy with the most basic things in life such as food, shelter, a walk in the park and some pats. That finding joys in simple pleasures such as tug and fetch is better than catastrophising about things we can’t control.

That no matter what happens today , the next day is a new day and it makes sense to be excited each time we step out of the house. Who knows what treats are in store for us?

Orbit is indeed our bag of treats.