As the world waits for a COVID vaccine, and debate on the street swirls about who wants one and who will be opting out, Dr Michael Mosley has made some grim predictions about how life in Australia will look if we don’t get vaccinated. 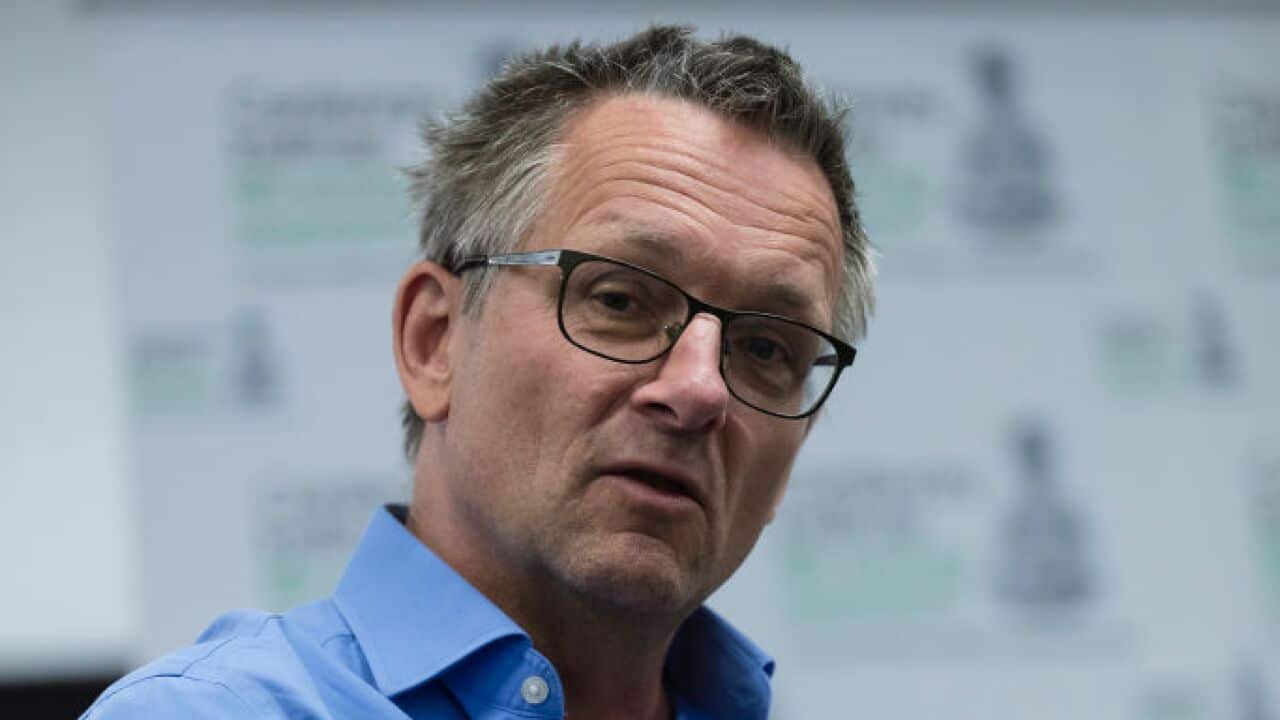 If the reports are to be believed, the world could have a COVID-19 vaccine ready by the end of this year, or early next year.

And
Pfizer just announced
that its experimental vaccine was more than 90 per cent effective in preventing COVID-19 based on initial data from a large-scale clinical trial. The company said they have so far found no serious safety concerns and expect to seek US emergency use authorisation later this month.

Advertisement
Australia also has two additional vaccine deals that Mr Morrison previously signed with the University of Queensland, and a joint venture with Oxford University and AstraZeneca.

And it’s this Oxford University vaccine that has Dr Michael Mosley most excited.

“The timescale of what has been done is utterly astonishing,” he told Insight.

But you only have to listen in on conversations around the office, or engage with your own friends and family to know that not every Australian will be rushing to get vaccinated. And it’s not just anti-vaxxers, even some regular flu jabbing citizens hold fears over rushed research and negative side effects.

But Dr Mosley thinks these people are living in an Australian bubble if they believe they can return to any form of normalcy while unvaccinated.

“Frankly in Australia you’ve done a great job because you’ve isolated but you can’t do that for all of time and without a vaccine, and without other people out there getting vaccinated, it’s just going to come back in wave after wave,” he said.

“The thing about Australia, you’re all naive in the sense that you’re all vulnerable because none of you have natural immunity and if none of you are being vaccinated then you’re never going to be able to travel again because you’re going to be entering into a world where there’s still quite a lot of COVID around.

“If you find that acceptable rather than what might be a theoretical, miniscule risk from a vaccine then I think you’re looking at the world in completely the wrong way.”

Interestingly, as soon as the documented success rate of the Pfizer vaccine was announced, global travel stocks surged on the global markets.

Dr Mosley, who studied medicine in London and qualified as a doctor, has for the last 25 years been working as a documentary maker and an award winning science journalist. He’s also pioneered some of the biggest health trends of the last decade, from intermittent fasting and gut microbiome to high-intensity interval training. He said he is eagerly waiting to see what happens with the Oxford vaccine, and revealed he’ll happily get it once it’s been made available.

“The reason why we’ve managed to get here so fast ...they had already done five or six years’ work on it using it to treat other conditions including the related condition MERS, so it was a relatively small step to flip it from MERS to looking at this new virus.”

“Nobody is going to proceed unless they’re absolutely certain this thing is safe and that it is effective.”

For Dr Mosley, the creation of vaccines has been the “greatest things that humans have ever invented”.

“Our lives would be miserable and awful without them, we’d all be dying of typhoid, cholera, tetanus you name it, smallpox would be rampaging, killing a couple of hundred million people a year, you know vaccination is an astonishing thing and because it’s so effective we don’t worry about it anymore.

“The cost of not being vaccinated is normally much much worse, if you get COVID-19, your friends get it, your mother gets it, then the risk of long COVID [lasting symptoms] they are horrible, this is a horrible disease to get.”

Dr Mosley is currently in Australia filming a new SBS TV documentary series, Australia’s Health Revolution, which will air in 2021. While in the country Dr Mosley and his wife, Dr Clare Bailey, are also promoting their upcoming book, The Fast 800 Easy.