How I rediscovered my birth family and annulled my adoption

After a change in legislation allowed Darryl Nelson to access his birth certificate, he went on a journey to discover the secrets of his birth family. 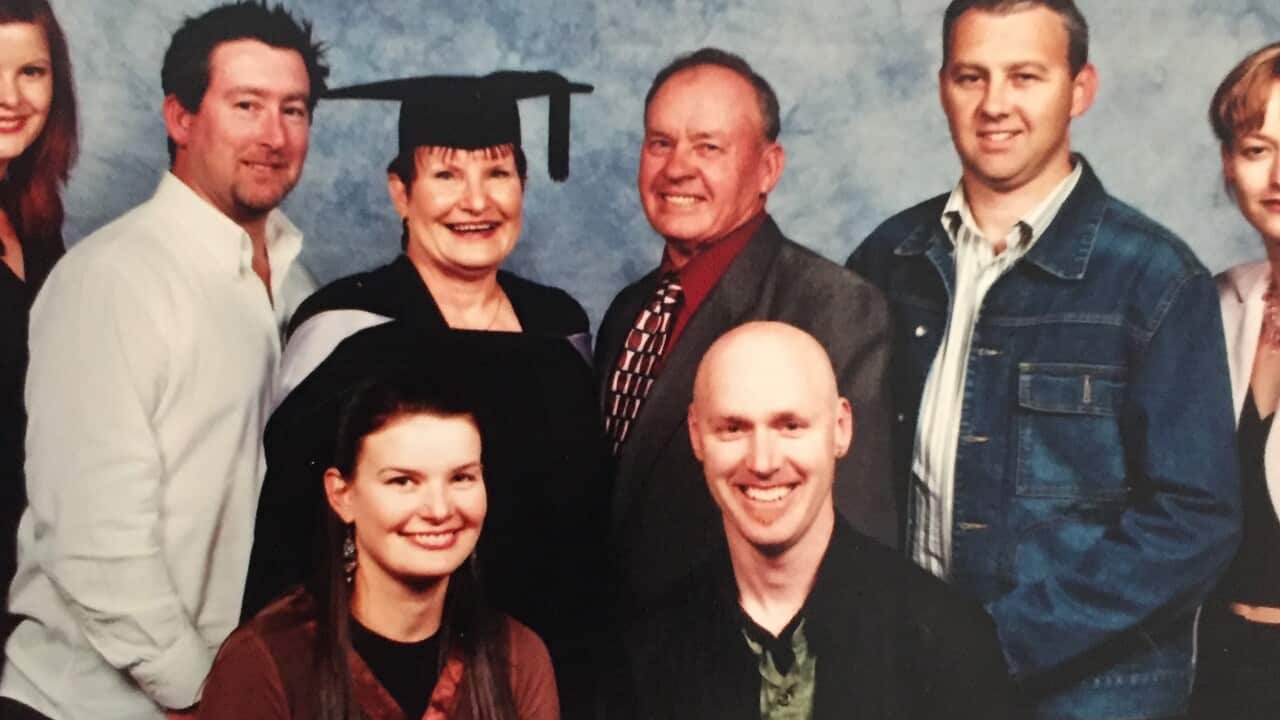 Insight looks at the complexities of meeting your family later in life. Watch Meeting Family Later in Life on SBS or on On Demand
here
.

I was born in 1964 in Queensland, Australia, as Shane Allen Wallace.

Advertisement
It has taken me decades to uncover the intricacies and legalities around my birth family history. The journey started in my teens, when I discovered I was adopted.

Darryl Nelson as a baby.
I asked my mum and dad if I was adopted many times. I didn’t seem to fit in – I had talents they didn’t, my skin tone was different, and I couldn’t see any traits or likenesses in my family.

Dad was sick with what we now know was asbestosis. He couldn’t work, and we started moving to different places across NSW where they found caretaking roles with free accommodation. It was hard to make friends, and as an only child I had no solace in a sibling for support. We all lived off Dad’s invalid pension, which wasn’t a lot.

When I was 14, we lived at Hobby’s Yards, a one-horse town west of Blayney. We watched a movie about an adopted child – ‘Little Johnny’ – and I asked my mum again if I was adopted. This time though, she ran off crying. Hours later, mum and dad presented me with a piece of paper. It was the adoption order, with an unfamiliar name; my birth name: Shane Allen Wallace.

READ MORE
Catholic mum, Muslim dad – I’m the forbidden love child who was taken away
The shock was all-engulfing. Here I was in the middle of nowhere. Literally and figuratively isolated. I went back to my bedroom, left alone with the piece of paper and nothing else. The choice I had before me was to leave, or somehow cope and get on with life. I was doing well at high school, I knew no one I could go to. I buried my feelings and found an excuse – I would ‘hate’ those people who gave me away. Puberty, I’m told, is all about finding your identity. Well, I had just lost mine.

We moved a few more times before we were back in Sydney, living with a relative. I found work at 17 years old. When I had saved enough, I put a deposit on a house in outer Sydney – the first house we had ever called our own home. It was there, when I was 22, when my adoptive dad died.

After that, I felt some pressure release and felt free enough to start thinking about where I came from. When I was about 28 the laws finally changed, and I was able to access a copy of my original birth certificate. It was marked ‘Not for official use’.

I wrote away and asked for my birth mother’s identifying information. It took 13 months, but I finally knew her name; Beverly Wallace. I wrote again and was provided a copy of her marriage certificate. She had married a man named Allen Nelson. A-L-L-E-N. In the same odd spelling – usually for a surname not a Christian name – the same middle name I had on my original birth certificate. Was this man my father?

Beverley Wallace, Darryl’s biological mother.
We found their names and phone numbers, and eventually called Beverley’s last known address in Brisbane. Her mum, Dorothy, answered, and said she had died at the age of 30 from a brain haemorrhage. I would never know my natural mother.

I reached out to my probable father. I phoned him, saying: “I’d like to talk about Beverley.” He initially thought I was a debt collector. I said: “Are you my father?” He said: “Yep, I reckon I would be.”

I met him in Brisbane. I sat on the edge of my hotel room bed and he, his wife Sue, and my half-sister (wow, a sister!) Kath sat opposite. Two full blood brothers – Joel and Conrad - were on their way. As I talked, they said: “That’s Joel,” or “That’s Conrad” as I moved my hands or spoke. I liked to cook and play drums. Joel was a chef and a drummer. I was a planner and high-achiever. So was Conrad. Katherine was a wide-eyed, smiley teenager and I felt instantly accepted.

Darryl at the second meeting with his biological father Allen, half-sister Katherine, and adoptive mother Jean.
It turned out there was pressure placed on my mother to adopt me out or never come home again. Her mother, my grandmother, believed a story that Beverley had been the victim of rape, and I was the result. Unfortunately this story wasn’t investigated by the government, and I was bluntly classified as ‘illegitimate’ and ‘unadoptable’, and was sent to a foster family. I was adopted two years later.

The reality was that Beverley had become pregnant to her long-time boyfriend Allen. He was away on an apprenticeship in Mackay and she had visited him. Perhaps she was frightened of her mother, sworn to secrecy, scared of scorn for being an unmarried mother, or she didn’t want to jeopardise Allen’s chance at his job.

She only told Allen about her first pregnancy with me years later, after she had lost a child – my brother Laurence – at birth. She told him her firstborn - me - was adopted. But I hadn’t been adopted, I was in foster care at the end, and she had the right to visit, to take me back.

Then, the government ordered my adoption into a married family of strangers, instead of my biological family. In those days that was the process.

Allen and Beverley went on to have two more sons, Conrad and Joel, before she died. After Allen remarried his second wife Sue, they had Katherine.

Darryl with his biological half-sister, Katherine.
I discovered the story about the alleged rape a couple of years after being united with my birth family. Allen and I both felt he was my real father – we looked alike, same sense of humour too – and we confirmed it with a DNA test, to a high legal standard.

After discovering my birth family, I found myself torn between loyalties to my adopted family and yearning for my ‘should-have-been’ family. I still didn’t know how to fit in, even know I learned the truth.

Decades passed and the relationships grew. My adoptive mum, Jean, was also accepted into the ‘family’ (a word that I don’t really understand). My nieces and nephew call her ‘Grandma Jean’. We all got together for her 90th birthday weekend celebration.

From left to right: Conrad, Joel and Darryl.
Around that time I was writing my will, and wanted to leave inheritance to my natural family, and others. But the lawyer said I couldn’t call them my ‘brothers,’ ‘sister,’ or ‘father’, saying: “They legally have no relationship to you.”

That was the last straw. I was tired of the government’s false identity put upon me. I found out I could ask the Queensland Supreme Court for a discharge of my adoption. Like an annulment. But you have to prove grounds. You have to re-live the trauma over again and prove your case.

I brought my case before a judge and he awarded me the discharge, and now I am legally a Nelson.

Darryl with his biological father Allen and two brothers before his adoption discharge case in Brisbane.
I did not discharge my adoption out of malice towards my adoptive parents, rather to set the record straight to do with my true identity. As a path to healing.

The mental health pressures on adoptees are great. The baby feels the forced separation between his mother as a death. He goes into shock, and then brain development is traumatised. This affects many adoptees. Their way of dealing with the world is different, and leads to higher rates of depression, addiction, crime and suicide.

I hope I can heal. I hope I can keep my relationship with my natural family and my adoptive mum positive and fruitful. They all support me and I see them as regularly as I can.

My name is legally now a combination to honour my identity:

Darryl (given to me by my mum Jean),

Allen (given to me by my mother Beverley after my father),