The best episodes of 'Insight', 'Dateline' and 'The Feed' to watch

Catch up on the best stories that matter from Australia and around the world, as we get ready to bring you all new episodes from our flagship news and current affairs programming. 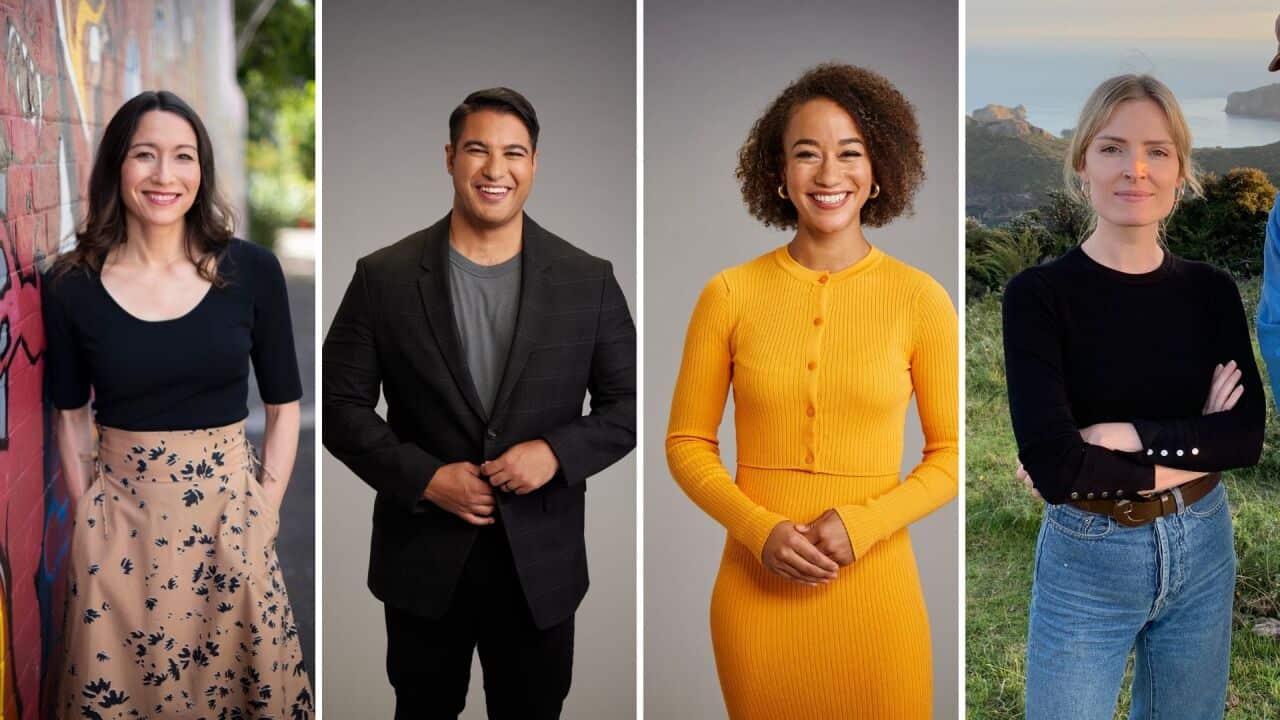 Insight, Dateline and The Feed return for a brand new season in 2022 (Tuesdays on SBS from 8.30pm) with fresh episodes that explore global issues and events, deliver hard-hitting investigations, connect audiences with first person stories from across Australia and also take a lighter look at life.

As we await the new episodes, take a look back at some of the best episodes from 2021 that are now available to stream on SBS On Demand.

Advertisement
Insight welcomed Kumi Taguchi as the new host in 2021 and she didn't disappoint, leading the debate and  holding space for those powerful first-person stories to be told.

Adults living with ADHD (Attention Deficit & Hyperactivity Disorder) are widely misunderstood by the community and critically underserved by the public health system. Diagnosis and treatment remain inconsistent. Insight heard from adults navigating the life-shaping consequences of living with ADHD.

It's taboo for a parent to admit having a favourite, but according to an Australian study, 69 per cent of parents can identify a favourite child. The pressure of carrying the golden child label can be a weighty responsibility and the effects of feeling less liked can be lasting and traumatic.

Rhett Hutchence, the brother of the late INXS frontman Michael Hutchence, said he felt the effects of feeling like the less-favoured child from his tween years, a long time before Michael became famous.

Insight found out if sibling favouritism is real or perceived.

One third of Australian women who give birth report their experience as traumatic, whether through physical injury or psychological effects. But many women suffer in silence. This episode of Insight explored the impacts of birth trauma and what can be done to ensure better outcomes for women and their families.

Could you stay with the same person for over 50 years? Insight’s Kumi Taguchi spoke to couples who have been through some of the toughest challenges a relationship can face. Insight found out how they have lasted the distance through thick and thin.

The term ‘narcissist’ gets thrown around a lot these days as a negative slur to label people on social media, reality TV and in politics. But just how prevalent is narcissism really? Studies show narcissistic traits are on the rise, with 10 per cent of us exhibiting traits such as self-obsession or entitlement. At the extreme end of the spectrum are people with narcissistic personality disorder (NPD), a mental disorder that affects around one per cent of the population. Insight spoke to narcissists and those affected by them to find out more.

While most of us were still unable to travel globally in 2021, Dateline took audiences around the world, delivering an inspiring mix of global stories into Australian households.

Finland has ranked first in the UN's Happiness Report for the fourth year in a row. Dateline explored why Finland is such a cheery place, especially after one of the toughest years in living memory.

Reporter Evan Williams investigated one of the world’s most repressive regimes. Secret footage along with testimony, reveal human rights abuses in the country known as the ‘North Korea of Africa’.

Dateline visited a remote island in New Zealand known as a haven for off-grid living. But is this alternate way of life really sustainable? And what happens when everyone wants a piece of it?

Dateline took viewers into the heart of Turkey's gender-based violence crisis and the recent political events that have eroded democratic freedoms and women's rights.

During global COVID-19 lockdowns, police reported a huge increase in the number of people viewing and sharing child sexual abuse images online. Reporter Evan Williams went to the UK where the government pledged to become the safest place in the world for kids to use the internet. He met the police officers, counsellors and investigators trying to stop the proliferation of abuse material, and he met victims and perpetrators who bravely shared their stories.

This multi award-winning program continues to break new ground with its compelling mix of current affairs and comedy, interviews and investigations - all presented in its own unique character and personality.

In the first instalment of a four-part series, journalist Calliste Weitenberg and producer Elise Potaka built a fake influencer persona to see if they could cash in on what's now a $15 billion dollar industry.

Kangaroos are an Aussie icon but with booming population numbers, there's growing debate on whether they should be nurtured or culled and harvested for meat.

The island looks like paradise, but it hides a lethal secret. Meet the Aboriginal mayor fighting to re-open a pub in his North Queensland community to prevent the scourge of deadly homebrew alcohol

Loneliness and boredom during the pandemic are driving a record number of Australians into the arms of romance scammers - who are taking money and breaking hearts.

A spate of mysterious disappearances in Victoria's high country has set the local rumour mill on fire. At the centre of it all is a reclusive bushman known only as 'The Button Man'.

Watch Insight, Dateline and The Feed on SBS, Tuesdays from 8:30PM. Episodes available at SBS On Demand.