At a time when the Black Lives Matter movement sweeps across the globe, young Indigenous leader Benson Saulo is being sent to Houston - where George Floyd grew up - in an historic diplomatic appointment.

Preview above: First Nations trailblazers discuss breaking ground, the road to success and their advice to the next generation. Full ep. on SBS On Demand.

Benson Saulo is already a high achiever. And now the former Tamworth local is adding another career milestone to his CV – Australia’s first Indigenous counsul-general.

The role will be based in Houston, the city where George Floyd grew up. Floyd was recently killed in police custody, sparking protests across America and the world.

The appointment comes at a time when the Black Lives Matter movement sweeps across the globe, and greater focus in Australia on improving the lives of Indigenous Australians.

The aim of Saulo’s diplomatic posting is to help strengthen relations between Australia and the US – and in particular benefit resource links for Western Australia.

“Being the first Aboriginal person to hold the position of an Australian counsul-general comes with a huge weight of responsibility but then also a sense of achievement and encouragement and a sense of being able to share my culture in the US and connect with other Indigenous people and highlight and showcase the global Indigenous economy,” the 32-year-old new father told the West Australian. How this gifted banker dealt with the weight of expectations 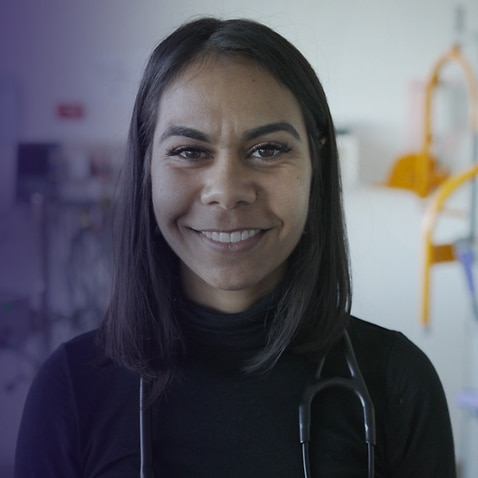 Saulo says he hopes to enact change by working within the systems.

Saulo, who is a Wemba Wemba, Jardwadjali, Weregia and Gunditjmara man, has already made a name for himself in the banking and finance industry. This year he was appointed to Ken Wyatt’s special advisory group on an Indigenous Voice to Parliament. In 2001 he was appointed as the Australian Youth Representative to the UN, and he has been a Young Australian of the Year finalist.

Saulo appeared on the Insight episode, ‘Deadly Future’ in 2019, and spoke about his achievements, how he handles his success, and the advice his father gave him.

“As my dad would say, change is a matter of choice and in times of challenge you must be of good courage. In my experience, I know there is no shortage of good intentions, but courageous actions are the only things that have ever led to lasting change.”