“We were told to say we are ‘saddened’ by these ‘unfortunate’ revelations. I was not sad that the Church had been exposed – I was outraged that children had been abused!” writes this anonymous Catholic school teacher.

Video above: A Catholic priest uses his first mass back since Cardinal George Pell's child sex abuse conviction to call out those in the church denying it took place.

In the aftermath of the George Pell scandal, a question has kept me awake at night: Why would anyone want to be a teacher at a Catholic school?

While this is not something I can freely discuss in the staff room, I don’t think I’m the only Catholic teacher who has come to this conclusion: I will continue to practice my faith; and I will continue to teach my students; but the Church is dead to me.

In the lead up to Pell’s sentencing, scores of priests used – or rather: abused – their Sunday pulpits to express contempt of the Australian judicial system. This denial from priests at every level in the Church is staggering – but not surprising. When the Royal Commission into Institutional Responses to Child Sexual Abuse began, representatives from the Catholic Education Office sat us down and told us how we should respond to any parent raising concern or anger at the Church. We were told to say we are ‘saddened’ by these ‘unfortunate’ revelations. At this point I publicly disagreed. I am not sad that the Church had been exposed – I am outraged that children have been abused. And I'm outraged by the Church's response.

The Church must be accountable to Civil Law like any other institution.

Even now, in the face of George Pell’s sentencing, bishops from around the country sent school principals letters stating the Church will not comment on Pell’s imprisonment until his appeal in June. The one part of the letter I did agree with, however, was the focus we must give to all victims.

The climate of teaching has changed across all sectors of education, and for the most part, it has been for the better. For a start, there is now, quite literally, more visibility – glass has been added to doors. Teachers are no longer permitted to be alone with a student in a classroom. We are put through Child Protection compliance training annually; and all of us are mandated to report if ever we suspect a child is being harmed.

You can imagine the frustration, however, when priests are not put through any of this. Their confessional booths are closed boxes, and we as teachers are not allowed to be present when a child is at confession, nor can we insist those confessional doors remain open in the name of child safety.

Of course, we cannot speak about child safety in the confessional booth without addressing the ‘sacred seal of confession’. On the rare occasion a paedophile priest attends confession and admits to his evil, priests know they must give clear and unequivocal advice to the penitent to report themselves to the police. This is not enough. Priests are not above the law. In this instance, the sacred seal must be broken and the admission of abuse must be reported to the police.

When a child needs consoling, how do we, as male teachers, respond?

When a child needs consoling, how do we, as male teachers, respond? There have been many times in my career when a child so desperately tries to make sense of the violence they witness at home, or a parent who has been taken away by police or medical personnel that they have tried to hug me. To publicly show that I am not being inappropriate, I am ashamed to admit to raising my hands in the air when a child has wrapped theirs around me. But the older I get, the less I care. I believe I am a great model for my students and my own children. I am unafraid to express my care for my students. So if a child publicly hugs me, I pat them on the back. I am only human, and compassion is my gift.

Across the board, we are losing male role models. The need for male teachers is essential for all students. We are saturated with abusive sportsmen, predatory movie stars and media moguls. And now, as Catholic teachers, we have to somehow reconcile the ideal of the role of the priest, a servant of the servants, to the reality that one in fourteen of them have been identified as sexual predators. No government would tolerate any other profession having such a damning record of abuse.

I believe the authority of the hierarchy of the Church must be dissolved. The Church must be accountable to Civil Law like any other institution. Priests must be suspended pending civil investigation, and summarily removed from their vocation if convicted. I cannot imagine a teacher still being allowed to teach, pending appeal of the same charges that have seen George Pell convicted.

So why do I remain within the Catholic system? That is easy. I have divorced myself from the institution. I remind myself daily that the saints are dead; that we, all of us, are but dust, and that what remains is the simple message: to live justly; to love tenderly; and to walk humbly. So many men within the Catholic Church have failed so abjectly with this simple challenge from our God – but I will not count among them. What do young Catholics think about the Pell verdict? 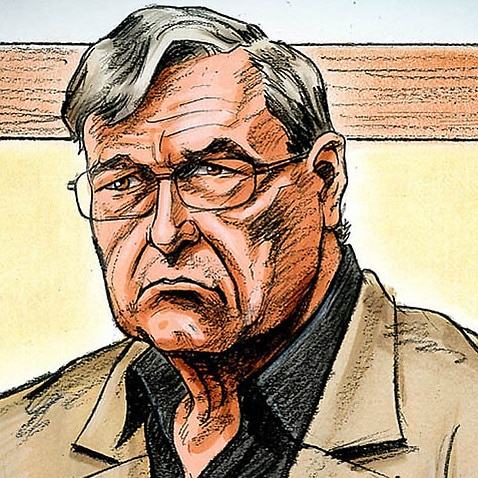 George Pell: How the scales of justice weighed up cardinal's six year sentence