Imagine you’re a 14-year-old girl on the train on your way home from school, when out of nowhere a “dick pic” appears on your phone. Surprise! You’ve been cyber flashed.

Video above: Insight explores the debate about the complexities and contradictions of technology’s role in the classroom. Full episode on SBS On Demand.

Cyber flashing is a form of harassment that didn’t exist even a few years ago, and highlights the fast-evolving digital world our teenagers now have to manage (along with all the more regular challenges of nearly being an adult).

Cyber flashing involves sending unsolicited obscene images to strangers via AirDrop or Bluetooth on your smartphone.

Unlike old-fashioned flashing, in which the culprit is standing right in front of you, cyber flashing is anonymous. The sender positions themself in a shopping centre, sporting ground, or other public space and sends the photo to anyone within a 3-metre radius – it could be a teenager, an adult or even a 3-year-old holding mum’s phone. The victim will likely search around to identify the sender, but ultimately it is a guessing game; it could be anyone in your field of vision.

Like other online harassment such as posting threatening messages, photos or videos online or repeatedly sending unwanted messages, the aim of cyber flashing is to humiliate the victim, and incite fear. The anonymity of the communication exacerbates this.

In the case of the 14-year-old girl, she would have no opportunity to identify her harasser, to seek justice, or even gain an apology for their actions. This will likely leave her feeling powerless, anxious and potentially fearful of future communications by the harasser.

Digital devices have changed us

Digital devices have massively influenced how, when, where and why we communicate with others. For example, it is almost standard practice now for many of us to send a series of digital messages over the course of the day, recounting where you are and what you are doing. It may be to your partner, friend, or as social media status updates to whoever is interested, and it could result in 10, 20 or even 50+ digital messages every day.

Twenty years ago, this form of communication would have been highly unusual, almost impossible to deliver, and likely considered inappropriate behaviour. 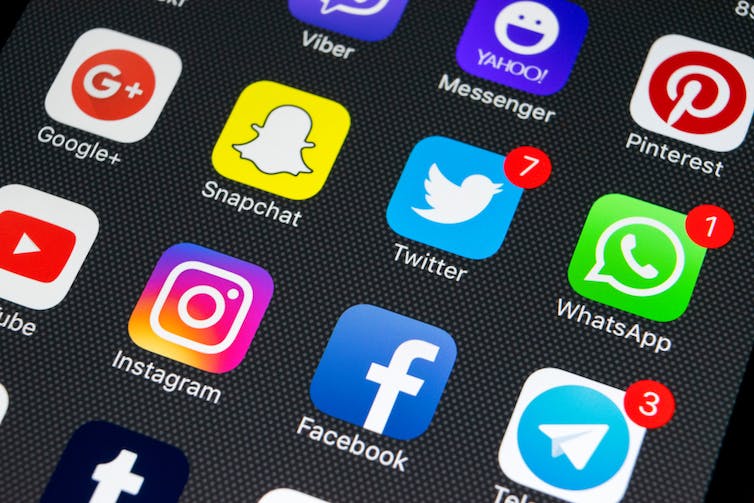 The constantly changing ways we use technology to communicate with anyone, anytime and anywhere, has had a huge impact on the lives of parents and their children as they endeavour to navigate the digital age in a safe and healthy way.

Until recently, parents did not even know they had to guide their children in how to manage cyber flashing.

Some public figures recommend confiscating technology as the only way to keep young people safe. Such proposals, however, are unhelpful and unfeasible, and based on outdated thinking. The horse has bolted, and technology use has firmly become a central and defining feature of life today.

Smartphone use is almost ubiquitous for young people (95 per cent), and social media is firmly established as their preferred platform for communicating with others. Solutions to keep young people safe need to acknowledge and build this understanding into solutions, rather than dismiss or ignore the realities of their digital lives.

While adults often interpret social media as negatively affecting the relationships young people form, this is not the consensus among teens. Although 27 per cent of teens concede that social media has led to more bullying, overall spread of rumours, and less meaningful human interactions, 31 per cent consider social media to have a mostly positive influence on their life. Teens emphasise social media makes it easier to communicate with family and friends, to connect with new people, to be self-expressive and to get support from others.

For the most part, however, nearly half (45 per cent) of teens say the effect of social media is neither positive nor negative on them; it is just life as they know it.

Can we expect cyber safety to ease?

New online safety risks emerge because of a range of intertwined factors.

Continual technology innovation, our increasingly skilled use of our devices, and more blurring of our online and offline lives means that new ways to harass and to be harassed will unfortunately continue to emerge.

It’s not just about the technology, however. Harassment (whether digital or not) also boils down to human values. It taps into prejudices and discrimination that relate to, for example, sexuality or gender identity. It can also be connected to personality traits such as impulsivity, low self-control, inability to appropriately express anger and low self-esteem.

Direct comparison between factors influencing cyber bullying compared to school yard bullying is difficult. However, some factors are emerging as more influential on cyber bullying. For example, over controlling parenting can lead to an increase in children engaging in cyber bullying victimisation. A high level of moral disengagement is associated with cyber bullying.

Our digital lives are still human lives. It’s vital we support young people to feel safe, and able to deal with the ever-changing risks that can come via digital communication.

Adolescence is a time of transition, and media use in children is increasing. This means parental involvement can be particularly influential and important in supporting teens ability to understand and manage online harassment should it occur.

Research consistently shows approximately one in two young people who experience bullying never tell anyone out of fear, embarrassment or a lack of faith in support systems. A strong and supportive parent-teen relationship, based on good and open communication and healthy guidance should be at the heart of any online safety strategy implemented in the home.

This fosters a sense of openness, so that a teen will feel comfortable to tell their parent about being cyber-flashed or other online harassment they may experience. Dismissing teens’ digital lives, trivialising them or being highly judgemental will not.

Joanne Orlando does not work for, consult, own shares in or receive funding from any company or organisation that would benefit from this article, and has disclosed no relevant affiliations beyond their academic appointment.

Meet the school that has completely banned phones